Democrats: Victory in Virginia Governor’s Race a Rejection of Trump

This article appeared online at TheNewAmerican.com on Wednesday, November 8, 2017: 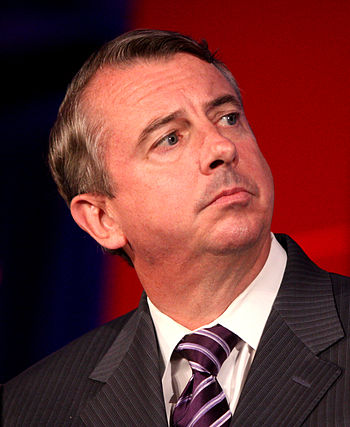 The win by Democrat Ralph Northam over Republican Ed Gillespie in the Virginia governor’s race on Tuesday has breathed desperately-needed oxygen into Democrats who have lost race after race since President Trump was elected a year ago. Some have gone over the top, suggesting that it’s the Republican Party that has now become carrion, whose bones will be picked clean in 2018.

The Washington Post’s James Hohmann could scarcely contain his glee: “Tuesday was the best day for Democrats politically since Barack Obama won reelection in 2012,” adding that “Democrats desperately needed some wins after they went all-in on a House special election in Georgia this spring, and lost.” (Republican Karen Handel beat Democrat Jon Ossoff in a special election there.) Added Hohmann, “The results … represent nothing less than a stinging repudiation of Trump on the first anniversary of his election.”

The Post elicited similar views from middle-of-the-road Republicans, including Representative Scott Taylor: “I don’t know how you get around that this wasn’t a referendum on the [Trump] administration. I just don’t.”

And the Post quoted a pro-Democrat pollster, the Cook Political Report’s David Wasserman, as saying that the Virginia election represents “a tidal wave. It’s hard to … conclude anything other than that Democrats are the current favorite for control of the House in 2018.”

But the best obiter dictum gushed from Maria Cardona, a Democratic strategist and CNN political commentator: “With this week’s decisive Democratic wins in the Virginia and New Jersey governor’s races, as well as others across the country, Democrats — indeed Americans — can take solace and be energized in the fact that Donald Trump’s agenda has been resoundingly rejected in an important swing state like Virginia and in New Jersey, a state that was once governed by one of Trump’s earliest and closest allies and supporters, Chris Christie.”

In reality, Virginia is a heavily Democratic blue state, and the fact that Northam won by less than 10 points was surprising, especially since Democrats poured immense resources into the race they so desperately needed to win. As Cardona admitted, “Democrats knocked on one million more doors this cycle than [Democrat] Terry McAuliffe did in 2012 when he won the state.”

In New Jersey, the blue is even darker. The Freedom Index scores for Senators Cory Booker and Robert Menendez are 12 and 15 out of 100, respectively, while the average score for the state’s 12 representatives is even worse than Virginia’s, at 28 out of 100. It’s no wonder that Democrat Phil Murphy defeated Republican Kim Guadagno by 13 percentage points. For Cardona to call that a resounding rejection of Trump and his policies is absurd.

Add to this the fact that Republican Ed Gillespie was no prize, and certainly was not reflective of Trump’s policies. An establishment RINO, Gillespie was chairman of the Republican National Committee, served as counselor to George W. Bush, and was a senior member of Mitt Romney’s presidential campaign staff in 2012. He lost immense credibility when he tried to adopt some of Trump’s positions late in the game, coming across not as a clone but as a hypocrite. Cardona did get this part right: “Gillespie, once known as a moderate, establishment, common-sense Republican, threw all his convictions out the window, decid[ing] to embrace the darkest, most insidious, fear-mongering Trumpian tactics in a desperate last-ditch effort to mobilize Trump voters to his side.” It didn’t work, and Gillespie lost by an estimated eight percent.

All that being said, claims that the Republican Party has turned to carrion are wishful thinking on the part of Democrats.

Chris Christie credibility Democrat Donald Trump Establishment George W. Bush Mitt Romney Polls reality Republican RINO
This entry was posted on Thursday, November 9th, 2017 at 6:45 am and is filed under Politics. You can follow any responses to this entry through the RSS 2.0 feed. Both comments and pings are currently closed.
Many of the articles on Light from the Right first appeared on either The New American or the McAlvany Intelligence Advisor.