The GOP Tax Reform Bill: Sausage-making on the Titanic

This article was published by The McAlvany Intelligence Advisor on Monday, November 6, 2017: 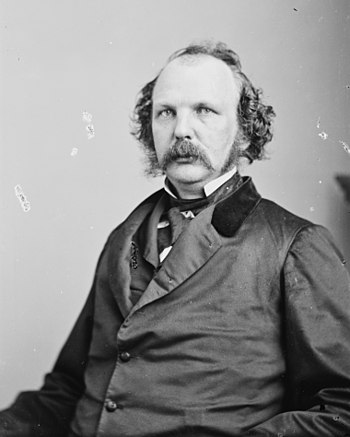 The oldest attribution isn’t to Otto von Bismarck, the Iron Chancellor of Germany, but to an American poet, John Godfrey Saxe. Back in 1869, he said it best: “Laws, like sausages, cease to inspire in proportion as we know how they are made.”

Imagine, then, making sausages on the deck of the Titanic just after it hit an iceberg on the glassy sea of the North Atlantic in the early morning hours of April 15, 1912. The wonderful smells might have distracted the passengers from the reality that within two hours and forty minutes the unsinkable ship would disappear beneath the surface of the icy waters, taking 1,550 passengers with her.

That picture may be too dramatic for our purposes. But the offering of the GOP’s tax reform bill last Thursday came with trumpets, promises, and declarations that it represented the first major tax overhaul in more than 30 years. The reality is likely to be far different and much less impressive. And as far as helping to keep the ship of state from sinking into a morass of unpayable and unserviceable debt? There is not one mention of deficits in the 429-page document.

It does offer to cut corporate income taxes significantly, along with the rates applied to owners of “pass-through” entities. It eliminates the AMT, otherwise known as the accountant’s full employment act. It phases out the estate tax, which generates scarcely one percent of the federal budget. Corporations would be able to write off 100% of capital expenses in the year incurred rather than writing them off over time. Cash stashed overseas would be welcomed home at a 12 percent rate.

The rest of the bill, directed towards individual taxpayers, serves only to confuse and make worse, if possible, an existing tax code that currently covers 74,608 pages. As the editors at the Wall Street Journal pointed out:

The [GOP] draft is … a much-needed pro-growth reform of business taxes[, which is] marred by a mess on individual taxes that makes that part of the code even worse that it is now.

A quick look at the bill confirms the Journal’s opinion:

–      Corporations would pay income taxes on a “territorial” basis: taxes to be levied where the income is earned;

–      Corporate profits already earned and stashed overseas would be allowed back into the U.S. at 12 percent;

–      Corporations would be allowed to deduct – “expense” – capital investments in the year they are made, avoiding the paperwork and disincentives involved in expensing them over time;

–      The rate on “pass-through” businesses – sole proprietorships, partnerships, etc. – would drop to 25 percent from 39.6 percent, and

–      The estate tax would be phased out over six years while the present exclusion would double to $10 million.

So far, so good. But what about the little guy, the taxpayer caught in the middle, the “invisible man?” As economist Mark Perry pointed out, “the middle class and above pay all of the income tax.” What does the GOP tax reform bill do for him?

Nothing at all. Individuals might pay less overall, but the net effect after taking into account the dropping or cutting back of various deductions is likely to be minuscule. Student loans would no longer be deductible, the medical expense deduction would be eliminated altogether, alimony payments and moving expenses would no longer be deductible, and the odious ObamaCare “mandate” would remain in place. As Donald Jeffries noted at LewRockwell.com: “On the surface, it looks as if some lower-wage earners will get a tax break, but this must be juxtaposed against the elimination of most of the deductions they once benefitted from. For most of us, there will be a minimal difference, if any at all. Any slight lowering of the tax rate will at least by countered by the loss of deductions.”

Simply put, political and mathematical considerations will change this halfway coherent and sensible bill into an unrecognizable mess. Mathematically there’s no way that Washington will be able to figure out a way to cut taxes and balance the budget. Politically Democrats are already laying depth charges to make sure the ship of state doesn’t make it to port. When Nancy Pelosi is coherent (a steadily diminishing percentage of the time), she claims that the GOP bill is “a terrible assault on opportunity for the middle class” and that Republicans are “taking the American people for suckers” with their proposal.

Senator Chuck Schumer called the bill a dead fish: “The more it hangs out in the sunlight, the stinkier it gets,” adding that “the more people learn about this bill, the less they’re going to like it.”

To change the metaphor, next week and the weeks thereafter will be like a Punch and Judy Show: lots of noise and violence manipulated by the man behind the curtain and providing much entertainment for the ignorati, and not much else.  The bill moves to the House Committee on Ways and Means on Monday for markup before being presented to the House floor for a vote. The powers-that-be are hoping for a vote before Thanksgiving, a scant 18 days away. Meanwhile the ship of state continues to take on water at the rate of a trillion dollars a year.

History of the Titanic

Quote: rearranging the deck chairs on the Titanic

USA Today: 15 things in the Republican tax bill’s fine print that could affect you

The Wall Street Journal: Half a Tax Reform

Deficit Democrat growth Income Tax Nancy Pelosi politics reality Republican Taxes
This entry was posted on Tuesday, November 7th, 2017 at 6:51 am and is filed under Economics, Politics. You can follow any responses to this entry through the RSS 2.0 feed. Both comments and pings are currently closed.
Many of the articles on Light from the Right first appeared on either The New American or the McAlvany Intelligence Advisor.