This article appeared online at TheNewAmerican.com on Wednesday, November 1, 2017: 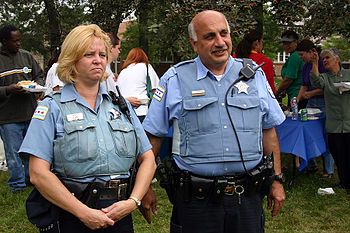 According to the 2017 Gun Trace Report released last week by the Chicago Police Department (CPD), the Office of the Mayor, and the University of Chicago’s Crime Lab, 95 percent of so-called crime guns — those used in the commission of gun violence in the city — were originally purchased by someone other than the perpetrators of that violence, e.g., a “straw buyer.” Some 60 percent of such guns were originally purchased outside of Illinois, with 20 percent coming from Indiana and five percent being purchased in Mississippi.

The Gun Trace Report, covering gun crimes from 2013 to 2016, was full of suggestions about how to rein in the flow of weaponry purchased outside the city of Chicago and outside the state of Illinois. If implemented, such suggestions would have precious little impact on that flow, but would make life for law-abiding citizens and gun-shop owners even more difficult.

Back in August, CBS unintentionally disclosed just how easy it is for a criminal to obtain a handgun on the streets of the south side of Chicago. When one of the CBS crew asked a known gang member where he got his gun, he said simply, “Off the streets. People sell ‘em.” Another gang member chimed in: “Just like that. That’s how easy it is.”

Easy, indeed. No background checks, no registration fees, no gun safety classes. Those requirements apply only to Chicagoans trying to obey the law and be good citizens. For the criminals, it’s just cash and have a nice day.

Of course the narrative, as is usually the case, is that the guns themselves are responsible for the crime, and therefore guns are the enemy and must be punished. That means that, since guns are inanimate objects, their legal owners must have their rights violated in order, somehow, to keep criminals from buying and using the guns illegally. Said Chicago police superintendent Eddie Johnson at a news conference last Sunday: “At the end of the day, the underlying problem of this violence is the availability of illegal guns. [The report] confirms that the overwhelming majority of illegal guns … were originally purchased outside the city.”

Once the underlying phony proposition is accepted as fact — the blatant illogic being ignored either conveniently or deliberately — the rest is easy. From the report:

Chicago faces a unique predicament in enforcement efforts against illegal gun trafficking. Illinois is surrounded by states that lack comprehensive firearms regulations, with particularly little oversight of secondary sales markets…. Chicago remains uniquely vulnerable to interstate firearms trafficking due to surrounding states with weak regulations over the primary and secondary gun sale markets, including Indiana, Wisconsin, and Kentucky.  Not just Chicago, but the nation, needs a national response to meaningfully deter illegal gun trafficking and the subsequent gun violence that follows in its wake…. Solutions … will require efforts at regional, state and federal levels.

To make sure the other states are behaving themselves and not selling guns that might be used to commit crimes in Illinois, the report is full of recommended federal restrictions on law-abiding gun owners and gun shop owners, including:

These, if passed into law, would likely have no impact whatsoever on those thugs interviewed by CBS, the alleged targets of such restrictions. The charade continues: New restrictions applied to law-abiding citizens would do nothing about gun violence, as those citizens aren’t the problem. For the criminals, life would not change.

Crime firearms guns law Regulations rights violence
This entry was posted on Thursday, November 2nd, 2017 at 5:47 am and is filed under Crime, Second Amendment. You can follow any responses to this entry through the RSS 2.0 feed. Both comments and pings are currently closed.
Many of the articles on Light from the Right first appeared on either The New American or the McAlvany Intelligence Advisor.