Pence Announces Plans to Withdraw Funding From Some UN Agencies

This article appeared online at TheNewAmerican.com on Monday, October 30, 2017: 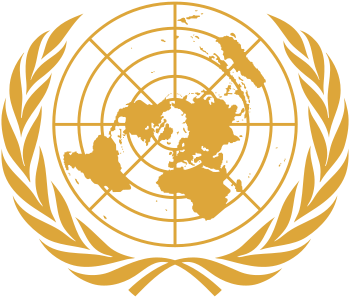 Vice President Mike Pence, addressing the In Defense of Christians’ Solidarity Dinner in Washington on Wednesday night, announced the Trump administration’s plan to bypass the UN when funding relief efforts in the Middle East: “From this day forward America will provide support directly to persecuted communities through USAID. We will no longer rely on the United Nations alone to assist persecuted Christians and minorities in the wake of genocide and the atrocities of terrorist groups. The United States will work hand-in-hand from this day forward with faith-based groups and private organizations to help those who are persecuted for their faith.”

Pence excoriated those persecuting Christians, saying, “President Trump and I see these crimes for what they are: vile acts of persecution animated by hatred for Christians and the Gospel of Christ … this President knows who and what has perpetrated these crimes, and he calls them by name: radical Islamic terrorists.”

According to Pence, the Christian population in Syria has been cut in half in just the last six years, from 1.25 million to 500,000. In Iraq, the persecution of believers has been even worse: the number of Christians has fallen by 80 percent over the last 15 years.

Pence took aim at the Obama administration, which sent more than one billion dollars of American taxpayers’ money in “humanitarian” aid, but sent it through the UN rather than directly to private groups involved in mitigating the persecution:

The last administration devoted well over a billion dollars in humanitarian aid to the Middle East but routed the lion’s share through programs run by the United Nations. Yet the United Nations has too often failed to help the most vulnerable communities, especially religious minorities…. Here’s the sad reality: the United Nations claims that more than 160 projects are in Christian areas, but for a third of those projects [as a result of the persecution] there are no Christians there to help…. While faith-based groups with proven track records and deep roots in these communities were more than willing to assist, the United Nations too often denied their funding requests. My friends, those days are over.

It remains unclear exactly how much will be cut from those agencies, and which ones will be affected. The United States has provided financial support to the UN ever since it was birthed on October 24, 1945, amounting to nearly a third of the UN’s operating and military operations costs. For four of the UN’s main relief agencies — the UN Development Program (UNDP), the United Nations Children’s Fund (UNICEF), the World Food Program (WFP), and the UN High Commissioner for Refugees (UNHCR) — the United States government provides $4.5 billion a year.

The State Department, the White House Office of Management and Budget (OMB), and the U.S. Agency for International Development (USAID) will determine which of those 160 UN projects mentioned by Vice President Pence are “ineffective” and route those funds to various private relief groups. USAID will remain in charge of which ones receive the funds and how much each will receive.

Members of the John Birch Society have been laboring since 1959 to awaken the American people to the danger of the United Nations as the incipient birthplace of the New World Order (NOW) through its “Get US Out of the UN” project. Early on their efforts were not appreciated but the educational program is now beginning to show up in political action.

That USAID will monitor and administer the funds instead of the United Nations is an improvement, but not by much. Aside from the Constitutional questions involved — i.e., where in the Constitution is the central government given the power to take money from those who earned it and give it to others who didn’t? — providing such aid is often sold as a way not only to help people in need but to ultimately make them better off. As Michael Rozeff pointed out:

(bit)USAID [assistance] is all wrong because government-to-government aid is absorbed by venal governments, propping them up. Inefficient and corrupt enterprises absorb funds that usually cannot be accounted by either by the U.S. as donor or those on the receiving end.

How much better to return those funds to their rightful owners — the taxpayers who earned them — and then let them decide where and how those monies could be used to assist those in need. Each dollar given to private charities would likely generate much more effective aid than those dollars caught in the bureaucratic blender at USAID. But one is heartened nevertheless that some agencies of the United Nations are being cut out of the effort. Perhaps it’s a start to larger cuts in the future, leading eventually to defunding the cancerous anti-American entity altogether.

cancer Christian Constitution Crime faith Islam John Birch Society Mike Pence New World Order Obama radical terrorist United Nations
This entry was posted on Tuesday, October 31st, 2017 at 5:48 am and is filed under Foreign Policy. You can follow any responses to this entry through the RSS 2.0 feed. Both comments and pings are currently closed.
Many of the articles on Light from the Right first appeared on either The New American or the McAlvany Intelligence Advisor.