This article appeared online at TheNewAmerican.com on Thursday, October 26, 2017: 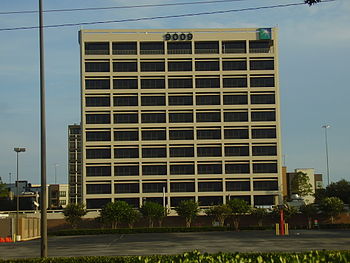 Saudi Aramco CEO Armin Nasser told CNBC’s Squawk Box on Sunday that he wasn’t at all worried about American frackers, since they are concentrating on “sweet spots” — the richest fields with the highest returns — which can’t last forever: “The concentration that we are seeing today [by American frackers] is on the sweet spot of shale, and this will not last forever. You can concentrate for some time on the sweet spots and produce more oil. But ultimately you need to venture downward, and that’s where you have less quality and you require more cost to produce these barrels. Shale oil will contribute additional barrels [to world crude oil supplies], but it will all depend on the price of crude.”

Nasser no doubt was referring to data released last week that showed a decline in the number of oil rigs operating in the United States and another report that daily production of crude has dropped by more than a million barrels a day for the week that ended on October 13 — from 9.5 mbd (million barrels a day) to 8.4 mbd. The data thus confirmed his suspicions: frackers are pulling their less-productive rigs down, and that the fields where rigs remain active are beginning to play out.

What Nasser failed to mention was that Big Oil has figured out how to be profitable in today’s oil market. Investors a year or more ago were primarily interested in just how quickly assets could come online but today they appear to be more interested in receiving some return on their invested capital. The current buzzword is “breakeven” — the point at which Big Oil can continue to operate profitably and still pay dividends to stockholders.

Part of the discussion is just what is meant by “breakeven.” Simple accounting rules hold that if a producer can cover all of his costs — capital, depreciation, taxes, leases, costs of lifting, amortizing previous capital investments in rigs, roads and pipelines — he is at “breakeven.” Investors want to add one more item to those costs: dividends. So the new calculus means the “breakeven” happens at a higher level.

Big Oil is up to the challenge. British Petroleum (BP) said in February that it needed oil at $60 a barrel — the same price that OPEC wants — in order to break even. Following the announcement BP’s stock sold off four percent. In August BP revised its projection, saying that thanks to spending cuts its new “breakeven” point is $47 a barrel. BP stock rose two percent on the news. Said BP’s CEO Bob Dudley: “The break-even cost of oil and gas companies is going to the $40s and $30s today. It’s actually healthy. I think $100 a barrel was not healthy.”

BP isn’t alone. Chevron says it can break even — covering all of its costs and paying its dividends — at $50 a barrel, and by 2019 (that’s just 14 months from now) its breakeven point will be less than $30 a barrel. Total SA said essentially the same thing: at $50 a barrel it will be able to cover all of its costs and pay its full cash dividends to its stockholders. In an understatement, Total SA CEO Patrick Pouyanne told reporters earlier this month that “the world has completely changed.”

Indeed it has. Perhaps that’s why Nasser failed to tell “the rest of the story” – that plans to sell part of the giant state-owned Aramco to private investors are on hold, and that OPEC’s production-cut agreement will likely need to be extended further, from March 2018 to the end of the year, as current cuts are being offset by increased production from non-OPEC members such as the United States. This continues to stall OPEC’s efforts to bring oil up to the magical number of $60 a barrel, which is not likely to happen anytime soon. As of this writing, crude oil for delivery in December is priced at the New York Mercantile Exchange (NYMEX) at just over $52 a barrel.

oil OPEC private profit Spending
This entry was posted on Friday, October 27th, 2017 at 7:31 am and is filed under Energy, Free Market. You can follow any responses to this entry through the RSS 2.0 feed. Both comments and pings are currently closed.
Many of the articles on Light from the Right first appeared on either The New American or the McAlvany Intelligence Advisor.