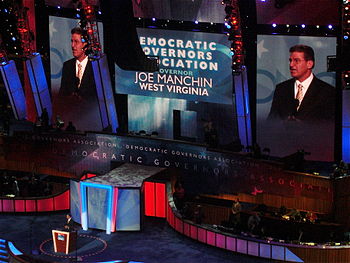 This article appeared online at TheNewAmerican.com on Tuesday, October 24, 2017:

Rich liberal Democrat donors aren’t donating, wrote Politico’s Gabriel Debenedetti while attending the Democratic National Committee’s (DNC) fall meeting in Las Vegas this week. It’s reflected in the numbers: At the end of September, the DNC had just $7 million in its checking account, while the Republican National Committee (RNC) is sitting on $44 million. Since January, the RNC has raised more than $104 million, with a lot of it coming from some 300,000 people who never donated before. This gives Republicans a clear financial advantage going into the 2018 midterm elections and could reverberate out to the 2020 reelection campaign for President Trump.

It also helps to have the Democratic Party in disarray. Following the election of Tom Perez to chair the DNC in February, the party has failed to gain traction. It lacks viable, attractive, and young candidates. Former President Obama has all but disappeared from DNC fundraisers, and Hillary Clinton is so toxic that she isn’t being invited to some of them. The party’s vision/mission fails to generate enthusiasm; it consists of doing everything possible to stall, delay, or derail Trump’s agenda. It’s a totally defensive strategy without a positive message.

One of the Democratic Party’s most successful fundraisers, Nebraska party chair Jane Kleeb, summed up her party’s problems: “Donors, small and large, are so over the party.” The Democratic Party is suffering from an identity crisis and donors aren’t willing to write checks that will disappear down a black hole. A former secretary of the DNC admitted, “We’re all aware the money is not flowing in the way we hoped it would.”

Said one big Democrat donor, John Morgan from Orlando, Florida: “I’ve had enough dinners. I’m not really interested. I’m going to let them get new blood. I can’t get motivated.”

Perez’s message isn’t lighting any fires. His party had their weakest fundraising month in July since 2007, raising just $4 million compared to the Republicans, who raised $10 million. And since Perez took over the party, it has posted three of its 14 lowest fundraising months since the election of Obama in 2008.

Perez’s Democratic Party has other challenges as well, including Maxine Waters and Frederica Wilson, who have not only captured headlines for their antics but apparently appear to many to represent the “new normal” of the party.

As Greg Warneford, from the University of Cincinnati, commented:

The Democrat Party Circus… send in the clowns. After Ringling Brothers closed up shop the clown bus has found a new home. I could say the DNC looks like the bar scene from Star Wars but that would be an insult to the characters in that movie. Maxine, Frederica and the rest of that Democrat freak show are gonna make it easy for the GOP in 2018 and 2020. Who can take these empty barrels seriously? The 10 Democrat senators up for re-election in red states are distancing themselves from these left wing nut cases. Hillary is not allowed in WV for the next year, so says Senator Joe Manchin. The DNC is toast.

Democrat elections Hillary Clinton Liberal Midterm Elections Obama Republican
This entry was posted on Wednesday, October 25th, 2017 at 5:44 am and is filed under Politics. You can follow any responses to this entry through the RSS 2.0 feed. Both comments and pings are currently closed.
Many of the articles on Light from the Right first appeared on either The New American or the McAlvany Intelligence Advisor.