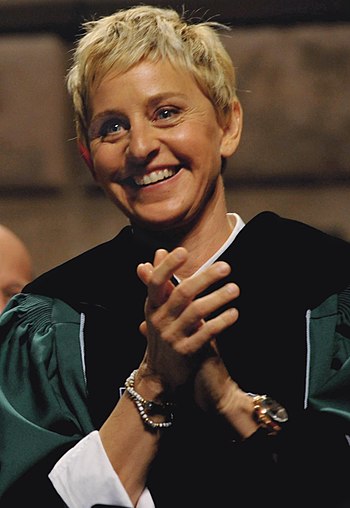 This article appeared online at TheNewAmerican.com on Wednesday, October 18, 2017:

Jesus Campos, the security guard who was Stephen Paddock’s first shooting victim on Sunday night, October 1 in Las Vegas, was interviewed by Ellen DeGeneres for her show to be broadcast later on Wednesday. With Campos is Steve Schuck, the building maintenance engineer who narrowly missed being Paddock’s second victim.

Campos kept his eyes down and struggled at times to explain what happened. With encouragement by Schuck, he put to rest several questions while leaving many more unanswered.

Las Vegas Sheriff Joseph Lombardo kept changing the timeline of what happened that fateful Sunday night. First, Lombardo had Campos interrupting Paddock in the middle of his fusillade onto the crowd. Second, the sheriff had Campos being shot by Paddock nearly six minutes before Paddock started shooting at the crowd. Lombardo’s final scenario had Campos engaging Paddock just before he started raining down rounds onto the crowd below.

Campos confirmed that Lombardo finally got it right: Something, perhaps the sound of the door closing behind Campos as he entered the hallway, alerted Paddock to the guard’s presence and a potential threat. Perhaps it was one or more of the surveillance cameras Paddock had installed outside his room (one, apparently, on a luggage cart in the hall) that alerted the shooter to Campos’ presence.

Once Paddock was aware that Campos was close, he began firing through the double doors of his suite into the hallway. It is estimated that Paddock fired 200 rounds, nicking Campos in the leg with one of them. When Schuck showed up, Campos likely saved his life by shouting to him to get down and take cover. The doors of each room on that floor are inset from the walls, which gave Schuck enough cover to avoid being hit.

So, Campos’ appearance answers many questions. What was the timeline? Why was he there in the first place? (He was checking on a “door-ajar” alarm). How did Schuck know where he was and what he was expecting to find? (He was investigating a door that was blocked with brackets that shouldn’t have been.)

Many questions remain. Why was that door blocked? Who installed the brackets, when, and by whose orders? Why didn’t Schuck know about it? Why did it take the police/FBI/SWAT so long to respond? Where were all the thousands of spent casings on the floor of Paddock’s suite? Why did he knock out two windows? Why didn’t anyone hear him do that? Why are so many of the people who were at the concert so adamant that there was more than one shooter? What about those acoustic studies that prove, to some experts, that there were different rifles being used from different directions? How could Paddock, obviously such a poor shooter that only one of his 200 rounds hit Campos, have wreaked such hell upon innocents from 500 yards away (that’s five football fields)?

More questions that Campos didn’t, or couldn’t, answer: Were reports accurate that he spent the days after he dropped from sight preparing his story, to make sure he got it right? Did he practice with Schuck before the interview with DeGeneres? When DeGeneres said that this interview was the only one that Campos was going to give, he nodded in agreement. Why? And why her show in particular?

There’s lots of work still to be done in the case of the Las Vegas attack, but at least Campos is alive and talking and answering a few of those questions.

attack FBI innocents shooter surveillance
This entry was posted on Thursday, October 19th, 2017 at 5:46 am and is filed under Crime, Politics. You can follow any responses to this entry through the RSS 2.0 feed. Both comments and pings are currently closed.
Many of the articles on Light from the Right first appeared on either The New American or the McAlvany Intelligence Advisor.