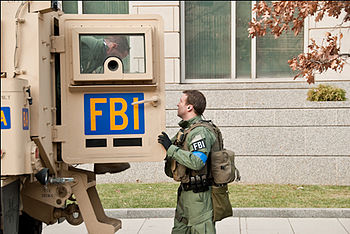 This article was published by The McAlvany Intelligence Advisor on Monday, October 9, 2017:

Officially there are 100 FBI agents working the case against Stephen Paddock, the Las Vegas shooter. That doesn’t count amateur sleuths, local police, the BATFE, and the Justice Department. After thousands of man hours, they have come up with: nada.

They found what they hoped was his suicide note. It turned out to be undecipherable, “significant to the gunman” but to no one else. They uncovered video of him driving to a public shooting range just outside Mesquite where he lived. But further investigation revealed that he never fired a single round from any of his “bump stock” rifles.

They checked into his prescription for Valium hoping that they could pin his murderous behavior on its “aggressive behavior” side effects. But they found that his carefully planned attack dated back to at least last October, and his doctor didn’t prescribe the drug to him until June.

They found 50 pounds of Tannerite in his car, and hoped that would lead somewhere. Tannerite is used to make targets that explode when struck by a high velocity round, saving the shooter the time and trouble to go down range to inspect the target visually. They thought maybe he’d packed his Chrysler Pacifica with so much of the stuff that the car would explode if it was targeted by police. But they learned that Tannerite wouldn’t explode if struck by low-velocity handgun rounds.

They checked out the “second shooter” theory only to learn that shots being fired from the fourth floor of the Mandalay Bay hotel was a strobe light that had been blinking for hours before the start of the music concert on Sunday night. Besides, local police and the SWAT team heading up the stairs to the shooter’s perch on the 32nd floor would certainly have heard gunfire, if there had been any, as they passed the fourth floor.

They checked out the possibility that he had been assimilated into an Islamic terrorist group, into claims that he was now a “soldier” wreaking havoc on the infidel. A 64-year-old white guy? No evidence for that, no matter how hard they looked.

They found his high school yearbook. He played tennis. And not very well, it turns out. Upon graduation he attended Cal State and got a degree in business. Yawn.

They learned that his father, Benjamin Paddock, had his photograph on the FBI’s “10 Most Wanted” list in the early 1960s but when he was finally caught and incarcerated, Stephen and his two brothers, Eric and Bruce, lost touch.

Paddock became a letter carrier for the USPS and then an agent for the IRS. After that he took a job auditing defense contracts for Lockheed, later to become Lockheed Martin.

He started buying up cheap houses in the early 1990s and caught California’s real estate boom. He grew that business until it made him wealthy: in 2014, he and his partners liquidated their real estate partnership for $8 million, leaving him a millionaire and free to indulge his passion: playing video poker. He treated it as a business, using his gift of mathematical analysis to turn a little money into a lot. The casinos knew him well: after they learned he was costing them money, they stopped comping him his rooms and meals.

They interviewed his girlfriend (Paddock had been married, and divorced, twice before, when he was a young man) whom he met while gambling. From the Philippines, Marilou Danley knew nothing. Nothing except that he was generous, sending her $100,000 for her to buy a home in the Philippines.

They learned that he was generous to his friends and family, sending cookies to his mother in Florida to celebrate her birthday, and sending his brother Eric and a nephew to Las Vegas to enjoy $1,000 meals at his expense.

In other words, they have so far come up with nothing.

There is one thing missing to those looking for it: any interest in the spiritual or the eternal on the part of the shooter. No one could recall him ever going to church, or ever talking or asking about God. There was nary a Bible in his house, and the Gideon Bible in his room had apparently been untouched.

In other words, Stephen Paddock was the ultimate secular man, living for the now, completely and totally depraved, in the words of John Calvin.

For all their investigative work, the FBI missed this: Paddock now knows all about his Creator and is going to spend eternity regretting not knowing Him sooner.

Los Angeles Times: ‘We have looked at everything’: Still no clear motive for Las Vegas attack, officials say

The Wall Street Journal: Shooter May Have Had Target Practice in the Desert Two Days Before Las Vegas Massacre

Backwoods Home: AS THE INVESTIGATION CONTINUES…

The Wall Street Journal: From Broken Home to Real-Estate Riches: The Life of the Las Vegas Shooter

attack BATFE FBI Islam justice Real Estate shooter terrorist USPS
This entry was posted on Wednesday, October 11th, 2017 at 6:09 am and is filed under Crime, History. You can follow any responses to this entry through the RSS 2.0 feed. Both comments and pings are currently closed.
Many of the articles on Light from the Right first appeared on either The New American or the McAlvany Intelligence Advisor.