This article was published by The McAlvany Intelligence Advisor on Wednesday, October 11, 2017: 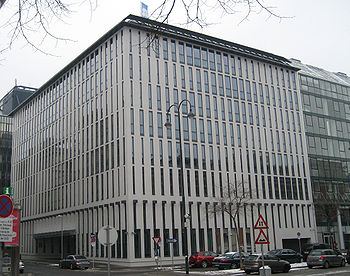 Free market economists have long considered OPEC as a textbook example of the anti-free market cartel. Its mission statement confirms it:

To coordinate and unify the petroleum policies of its member countries and ensure the stabilization of oil markets, in order to secure an efficient, economic, and regular supply of petroleum to consumers, a steady income to producers, and a fair return on capital for those investing in the petroleum industry.

This is of course the “siren song” of every cartel: let’s be friends, not enemies. Let’s work together to keep prices and profits high, ensuring a “steady income” for everyone and a “fair return” on the capital we have invested. After all, we are providing a product much in demand and we deserve to get paid a fair profit for our efforts as a result. Let’s quit all this infighting and bickering and free market competition and let’s work together for our mutual benefit.

On the other hand, American frackers, operating under the notion that the consumer, not the producer, deserves the best deal he can get, has threatened the OPEC cartel.

For example, when prices were high (over $125 a barrel in 2012), the cartel was living large. With lifting costs in the single digits among many of the cartel’s members, profits were enormous and complacency set in. They greatly expanded their welfare states and their military adventurism. But American frackers were busy using continually improving technology to wring significant production out of old fields and develop new ones. Their efforts and production forced the price of crude on world markets to below $30 a barrel by January 2016.

Efforts by the cartel to cut its production to drive prices back up failed. When OPEC changed its strategy and ramped up production in an effort to drive out marginal U.S. shale producers with lower prices, it failed. When OPEC changed strategy once again and cut production, it continued to fail. Its goal has been clear from the beginning: the cartel, made up of 14 oil-producing members, mostly in the Middle East, needs $60 a barrel at a minimum to limit the bleeding their welfare and warfare states are suffering.

In what appears to be a final desperate move, the cartel has apparently decided that “if we can’t beat ’em, let’s join ’em.” Better yet, let’s invite them to join us!  And so, on Sunday during a speech at the India Energy Forum in New Delhi, OPEC’s Secretary General Mohammed Barkindo offered an olive branch to U.S. frackers:

We urge our friends [we’re all friends, now] in the shale basins of North America to take this shared responsibility with all [the] seriousness it deserves, as one of the key lessons learned from the current unique supply-driven cycle.

Translation: You people using fracking technology in America’s shale fields have been beating us to death. You’ve derailed every attempt we’ve made to bring prices back to profitability for us. We’ve created agreements to cut production but you’ve outproduced us. While we’ve been cutting, you’ve been producing and taking away much of our market share, reducing our influence in the world oil markets. We give in. We’re desperate. Please, now, great “friends,” come join us in our quest to drive oil prices ever higher so we can pay for our welfare states and military adventures. We can’t do it without you.

Barkindo then had the audacity to proclaim that American shale oil producers have already signed onto the deal: “At the moment, we (OPEC and independent U.S. producers) both agreed that we have a shared responsibility in maintaining stability because they are also not insulated from the impact of this downturn.”

This must have caused much laughter and derision among those independents outproducing the cartel. They like their independence. They know who their customers are: those who consume their product.

Few examples have exposed the radical difference between free market capitalism and the statist approach of a cartel. The free market serves the consumer. A cartel serves itself. That’s what makes OPEC the target of so much attention by free market economists: it has lasted longer than most and now its days are numbered.

American Capitalism Cartel Energy Fracking Free Market oil Oil Prices OPEC profit Technology threat
This entry was posted on Wednesday, October 11th, 2017 at 11:42 am and is filed under Energy, Free Market. You can follow any responses to this entry through the RSS 2.0 feed. Both comments and pings are currently closed.
Many of the articles on Light from the Right first appeared on either The New American or the McAlvany Intelligence Advisor.