This article appeared online at TheNewAmerican.com on Monday, October 9, 2017: 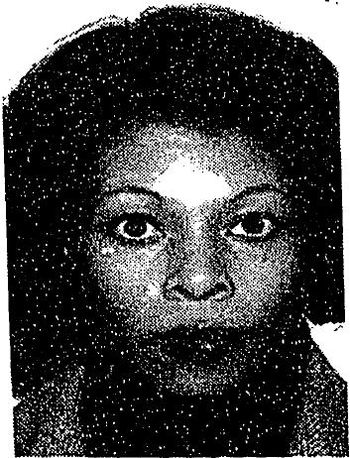 A surprising poll published Saturday by the Washington-based Winston Group found that in a single month — from late August to late September — fan support for the National Football League melted away following the kneeling protests. Once America’s favorite sport, NFL football is now “the least liked of top professional and college sports,” according to Winston.

The numbers are pitiful: In August, the NFL’s favorability rating among its fans was at 57 percent. A month later, it had dropped to 44 percent. And that was among all fans polled. Among the NFL’s target market — males aged 34 to 54 — it was even worse: Favorables dropped from 73 percent to 42 percent.

This came on top of another poll by the Sharkey Institute published two days earlier that showed that nearly a third of NFL fans are watching less, with half of them blaming the National Anthem protests. Hidden in that poll was this: Just 38 percent of fans said they support the kneelers.

In response, DirecTV is allowing disgruntled fans a full refund of their “Sunday Ticket” NFL packages.

Edward Morrissey, writing in The Week, said the protests are cutting into the NFL’s revenue stream as a result of “significant drops in ticket sales and television viewership” when compared to 2015, the year before Colin Kaepernick dropped a knee. Noted Morrissey, fans are realizing that not only are they being offended, they’re paying for the privilege by funding the very stadiums where the players are refusing to stand for the national anthem: “Taxpayers provide publicly-funded stadiums to billionaire owners and millionaire players for almost every team in the league.”

Vice President Mike Pence echoed the feelings of millions on Sunday when, after standing for the national anthem, he noticed that several San Francisco 49ers (Colin Kaepernick’s former team) who were playing his Indianapolis Colts bent their knee. After this, he left the game, explaining:

I left today’s Colts game because President Trump and I will not dignify any event that disrespects our soldiers, our Flag, or our National Anthem. At a time when so many Americans are inspiring our nation with their courage, resolve, and resilience, now, more than ever we should rally around our Flag and everything that unites us.

While Kaepernick remains unemployed, he keeps busy promoting leftist and radical causes with his foundation’s resources. Since its formation in 2016, the Colin Kaepernick Foundation has given $900,000 to 31 different organizations, many of them reflecting his radical anti-American worldview, in fulfillment of its “Million Dollar Pledge.”

For instance, in April his foundation donated $25,000 to an outfit called “Assata’s Daughters,” which the media calls a “direct action” resistance organization, named after an individual who murdered a policeman back in 1973 and who subsequently escaped from prison and fled to Cuba where she was granted asylum.

Assata Shakur (shown above), born JoAnne Deborah Byron, joined the Black Liberation Army (BLA), a violent offshoot of the Black Panthers, in the early 1970s. Because of her radical activities, she was targeted by the FBI’s Counterintelligence Program (CONTELPRO) and was placed on the Bureau’s Most Wanted List. She was involved in three bank robberies, the kidnapping and murder of two drug dealers, and the attempted murder of two policemen. In May 1973 she and her brother-in-law, another BLA radical, were pulled over by two New Jersey State Troopers over a taillight violation on the New Jersey Turnpike. The traffic stop turned into a firefight. They opened fire on the troopers and in the melee that followed, Shakur grabbed one of the trooper’s firearms and fired two rounds into his head, execution-style.

For that she was indicted and found guilty of first-degree murder (along with seven additional felonies) and was sentenced to life in prison plus 33 years. Cuban-trained terrorists posing as visitors to her prison “neutralized” the guards, rescued her, and put her into a getaway vehicle waiting nearby. From there she was transported to Cuba, where she was granted political asylum and the freedom to decry police brutality in America at every opportunity. It should also be noted that in May 2013, the FBI announced a $1 million reward for “information leading to the apprehension” of Shakur, whom the bureau designated as a “Most Wanted Terrorist.” The New Jersey State Police added another $1 million to the pot. When then-President Obama “opened” relations with the communist regime in Cuba, he was pressured by New Jersey Governor Christ Christie to demand the release to American custody the cop-killer, but nothing came of it.

For his part, Kaepernick is remembered for announcing at the start of the 2016 preseason, “I am not going to stand up to show pride in in a flag for a country that oppresses black people and people of color … there are bodies in the street and people getting paid leave and getting away with murder.”

The NFL Player’s Union named Kaepernick the Week One MVP last month for his “charity” work.

When the Dallas Cowboys played the Arizona Cardinals two weeks ago, team owner and general manager Jerry Jones knelt down in “solidarity” with his team members, locking arms with them in a picture posted in papers all over the country. Now, being made aware of the falling poll numbers and no doubt his team’s own falling revenue stream, Jones has had a change of heart. He announced on Sunday, “If there’s anything that is disrespectful to the flag, then we will not play. OK? Understand? If we are disrespecting the flag, then we won’t play, period.”

His sudden burst of patriotism may just be too little, too late for many NFL fans.

communist escape firearms media Mike Pence Obama prison radical taxpayer terrorist War
This entry was posted on Wednesday, October 11th, 2017 at 6:31 am and is filed under Crime, Politics. You can follow any responses to this entry through the RSS 2.0 feed. Both comments and pings are currently closed.
Many of the articles on Light from the Right first appeared on either The New American or the McAlvany Intelligence Advisor.