Are Anti-gun Democrats Just Plain Dumb, or Dumb Like Foxes?

This article was published by The McAlvany Intelligence Advisor on Wednesday, October 4, 2017: 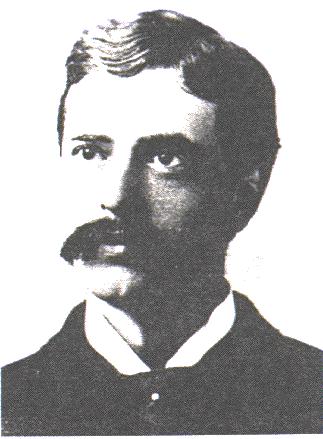 Supporters of the Second Amendment typically blow off proposals offered by anti-gun politicians to solve gun violence like that in Las Vegas on Sunday as insanity: doing more and more of the same thing that hasn’t worked in the past but expecting it to work in the future. Albert Einstein was much more elegant: he said insanity is “doing the same thing over and over again and expecting different results.”

Some would claim that Democrats in general are lacking in mental acuity, with bumper stickers expressing the opinion that they are “stuck on stupid” or “You can’t fix stupid” and the like.

But what if they aren’t? What if they have a much longer view of history and their fight to subvert the United States and change the whole country into a gun-free zone?

Irving Fisher, the Yale economist who preceded John Maynard Keynes in his thinking, said, just prior to the stock market crash in late 1929:

Stock prices have reached what looks like a permanently high plateau. I do not feel there will be soon if ever a 50 or 60 point break from present levels, such as (bears) have predicted. I expect to see the stock market a good deal higher within a few months.

Within five years, one out of every four Americans was out of work. Stocks had lost 90 percent of their value. And the communists who had insinuated themselves into Roosevelt’s administration saw their chance and they took it: the National Firearms Act of 1934. It was the camel’s nose under the tent and remains in place today. It not only foisted a gun registration system upon the formerly free people of the United States, but today’s modest attempts just to remove suppressors from under its draconian jurisdiction are meeting with heavy resistance.

At the moment, everything appears to be on the side of supporters of the Second Amendment. National reciprocity is gaining traction in Washington. Court cases expanding gun ownership freedoms are piling up at the doorstep of the Supreme Court with expectations that the Second Amendment’s guarantees will be expanded further in the near future.

And so why would anti-gun politicians use the Las Vegas massacre as the right time to press for more regulations? Why would Connecticut Democrat Chris Murphy once again roll out efforts for “universal background checks”? Why would the New York Times, in what appeared to be a pre-written opinion piece just waiting for something like Las Vegas to happen, offer up the following useless and silly proposals:

Why would anti-gun outfits like the Times and people like Murphy go back again and again to the well that never produced any water? Do they have a death wish?

Or are they just waiting for another opportunity to complete the task begun in 1934? Is it possible that today’s increasingly overvalued stock market could be a harbinger for a future crash that would once again put a quarter of Americans out of work, sufficiently distracted by the need to feed themselves and their families that closing the door on the Second Amendment would occur with nary a whimper?

Are they insane? Most Democrats are too smart to play this dumb.

Quora.com: Did Einstein really define insanity as “doing the same thing over and over again and expecting different results”?

Breitbart: ‘Turn ’Em All In’: Feinstein Said She Wanted All Guns Banned

This entry was posted on Thursday, October 5th, 2017 at 6:03 am and is filed under Uncategorized. You can follow any responses to this entry through the RSS 2.0 feed. Both comments and pings are currently closed.
Many of the articles on Light from the Right first appeared on either The New American or the McAlvany Intelligence Advisor.