This article appeared online at TheNewAmerican.com on Tuesday, October 3, 2017: 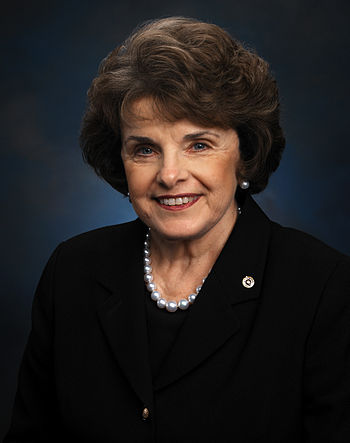 After the Las Vegas massacre on Sunday night, the stock prices of gunmakers rose two to three percent on Monday. Following the noisy threats of more gun controls by anti-gun politicians, those stocks have continued to rise on Tuesday. Since the close of business last Friday, for example, the stock price of Sturm Ruger & Co. has jumped by 6.3 percent, while American Outdoor Brands Corp. (which owns Smith & Wesson) is trading seven-percent higher. The stock price of Vista Outdoor Inc., the conglomerate with ownership of ammunition makers American Eagle, Blazer, and Federal Premium, as well as gunmakers Savage Arms and Stevens Arms, is trading 3.5 percent ahead of Friday’s closing price.

The simple explanation for this was expressed by Mark Zandi, chief economist at Moody’s Analytics: “[Stock prices of] gun manufacturers rise after shootings like the one in Las Vegas as investors believe there will be a rush to purchase guns before new gun regulations are put into place.”

Hedge funds use an analytical tool called Kensho to determine just how much higher gunmakers’ stock prices might rise. The tool has looked at every one of the instances of mass shootings since the Columbine High School massacre in April 1999 in Colorado and easily predicted the jump in gunmakers’ share prices following the massacre in Las Vegas on Sunday night.

The real question isn’t why gunmakers’ stock prices go up following a mass shooting event like Las Vegas, but why anti-gun politicians insist on promoting more gun controls when they must know that such efforts will increase gun ownership among American citizens when their apparent objective is the exact opposite. It’s almost too trite to remind readers of the moment when California Democrat Senator Dianne Feinstein let the cat out of the bag back in 1999: “If I could have gotten 51 votes in the Senate of the United States for an outright ban, picking up every one of them — Mr. and Mrs. America turn ‘em all in — I would have done it.”

It could be political expediency. After all, the 2018 mid-term elections are just around the corner, and anti-gunners know that time is running out on their agenda. That’s especially true in the Senate, where 23 Democrat seats are open, with several of them being contested in states that went for Trump in 2016.

It could be that anti-gun Democrats are counting on voters having short memories, that the Las Vegas massacre will be a distant memory come November a year from now.

Politicians in Washington have their hands full already, with much more pressing matters consuming their attention than taking time to hear more losing arguments over more gun controls that have little to do with deterring violent crime.

The stock market was virtually unfazed by the events in Las Vegas as it continues to power higher, setting new all-time records along the way. All momentum appears to be on the side of those supporting the Second Amendment, with national reciprocal concealed-carry laws getting much attention in Washington.

The proposals that anti-gun Democrats such as Senator Chris Murphy of Connecticut are offering, along with those proposed by the anti-gun New York Times, covered by The New American on Monday, range from ineffective to downright silly. Democrats must know that, once purchased, firearms are rarely sold, but held onto for life and then passed on to the next generation. Democrats must know that all their bluster and fulmination puts off even further into the future when gun confiscation in the United States becomes a reality.

So the question remains: Why?

The answer possibly lies in the annals of history: the passage of the nation’s first gun-registration act in 1934, the National Firearms Act (NFA), which heavily regulated and restricted certain types of firearms, especially machine guns. It was the first entry of the proverbial camel’s nose under the tent, and it remains in place today. It was passed at the bottom of the Great Depression when a large percentage of Americans were just trying to make enough money to feed themselves and their families. The excuse for the NFA was lame — gangs in the post-Prohibition era that just ended still posed a threat with their machine guns — but it was enough to convince freedom-loving Americans who weren’t overly concerned with gun rights at the time. It’s not outside the realm of possibility that another great recession — accompanied by vast swaths of unemployment — could finish the job begun in 1934. Perhaps that’s why anti-gun politicians remain steadfast in what appears currently to be a silly and losing effort. Perhaps they’re just biding their time for circumstances to change enough for them to bring total gun confiscation to fruition in the once-free United States.

At any rate, gun owners and all freedom-loving Americans need to remain steadfast in their vigilance to protect their right to keep and bear arms enshrined in the Second Amendment.

ammunition Crime Democrat elections firearms Freedom Great Depression Gun Control justice politician reality Regulations rights Second Amendment Stock Market
This entry was posted on Wednesday, October 4th, 2017 at 6:07 am and is filed under History, Second Amendment. You can follow any responses to this entry through the RSS 2.0 feed. Both comments and pings are currently closed.
Many of the articles on Light from the Right first appeared on either The New American or the McAlvany Intelligence Advisor.