Washington, D.C. Loses Again in Its Long War Against the Second Amendment

This article was published by The McAlvany Intelligence Advisor on Monday, October 2, 2017: 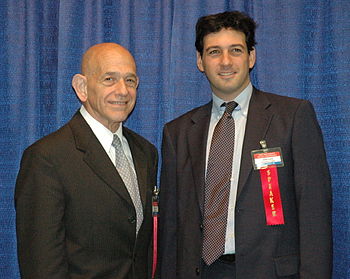 Alan Gura, the Second Amendment Foundation’s lead attorney in Heller and McDonald, has been taking the fight over gun rights to anti-gun politicians infesting Washington, D.C.’s council for years. With any luck at all, he’ll get a chance to take it to them again. When the U.S. Court of Appeals for the District of Columbia turned down the city’s request for a full court rehearing of its decision striking down its concealed carry laws last week, Gura rubbed it in:

Ten years ago, Washington, D.C.’s political leadership tried to extinguish Second Amendment rights before the Supreme Court. The result was D.C. v. Heller, a tremendous victory for the rights of all Americans. With the court of appeals again confirming the people’s right to bear arms, Washington, D.C.’s politicians must once again ask themselves whether it makes sense to keep resisting our fundamental rights.

It doesn’t make sense but it’s likely they will appeal to the Supreme Court anyway.

Anti-gun politicians on the city’s 13-member council have tried for years to keep its citizens disarmed in violation of the Second Amendment’s guarantees and they continue to strike out. First, they lost to Alan Gura, the lead attorney in District of Columbia v. Heller decided by the Supreme Court in 2008, which declared that the Second Amendment guaranteed the individual right to keep and bear arms.

They ran into Gura again in 2010 when he led the Supreme Court to its decision in McDonald v. City of Chicago that applied the Second Amendment to the states through incorporation of the 14th Amendment.

Each time (with one exception) the council tried to restrict D.C.’s citizens from obtaining a concealed carry permit, the city was sued and lost. When Brian Wrenn applied for a concealed carry permit, his application was denied because he failed show “good reason” or “proper reason” to obtain one. Once again Alan Gura leapt into the fray and on July 25, a 3-judge panel of the Court of Appeals declared those requirements too restrictive. In its decision the court said, “We are bound to leave the District as much space to regulate as the Constitution allows – but no more … [our] resulting decision rests on a rule … that the law-abiding citizen’s right to bear common arms must enable the typical citizen to carry a gun. [Therefore] we enter permanent injunctions against the District’s ‘good-reason’ law.”

The court’s denial last week sets the stage for a final showdown. Chris Cox, the Executive Director of the NRA’s Institute for Legislative Action, got a little carried away when he learned of the court’s denial:

We applaud the D.C. Circuit Court of Appeals for reaffirming the rights of ordinary, law-abiding citizens to carry firearms to protect themselves and their families in the District of Columbia. The District’s draconian restrictions on core Second-Amendment rights are out of step with the mainstream protections in the rest of the country, and as the D.C. Circuit’s opinion shows, they are equally out of step with our Nation’s traditions and fundamental law.

This sets the stage for what promises to be a “shootout” of the first order at the Supreme Court. It has failed to take on appeal several cases that would allow the court to answer, once and for all, whether the Second Amendment applies outside the home, or not. If it takes this case on appeal, or another one like it, the Court is likely to rule that the Second Amendment doesn’t just apply to carrying a firearm from the kitchen into the bedroom but in public as well. If it does so rule, then those anti-gunners in Washington, D.C. are going to have another set of problems on their hands: how to restrict ownership of firearms that the Court now holds are legal outside the home. If they’re successful it’s more than likely they will run into Alan Gura once again.

The long war against the Second Amendment may be entering its final innings but it’s far from over.

NRAILA.org: Winning in the Courts on Right-to-Carry

Decision in WRENN v. DISTRICT OF COLUMBIA’s  Appeal from the United States District Court for the District of Columbia

Background on 2010 decision in MacDonald

Concealed Carry Constitution firearms politician Regulations rights Second Amendment Supreme Court War
This entry was posted on Monday, October 2nd, 2017 at 12:03 pm and is filed under Second Amendment. You can follow any responses to this entry through the RSS 2.0 feed. Both comments and pings are currently closed.
Many of the articles on Light from the Right first appeared on either The New American or the McAlvany Intelligence Advisor.