This article appeared online at TheNewAmerican.com on Monday, October 2, 2017: 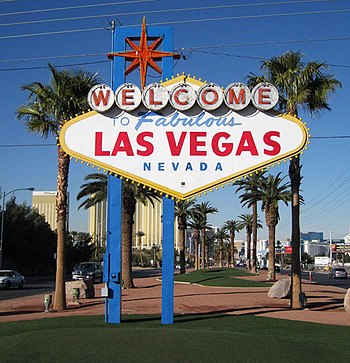 Here is what is known thus far: The shooter, Stephen Craig Paddock, age 64, a former resident of Mesquite, Nevada, launched an attack on an unsuspecting crowd of 22,000 people at the Route 91 Harvest Festival across the street from where he had rented a room in Las Vegas. The attack began just a few minutes after 10 p.m. local time Sunday night, and ended less than 15 minutes afterwards when Paddock took his own life as police were entering his room.

At least 58 concert attendees were killed and more than 500 of them wounded, some injured during the melee following the attack.

The room that Paddock rented his at the Mandalay Bay Hotel and Casino beginning last Thursday was strategically placed so that he had a full view of the concert’s crowd. There were 10 semi-automatic rifles in his room along with many rounds of ammunition. The rifles used in the attack did not have suppressors as noted by members of crowd who said they heard “fireworks,” “firecrackers,” and a “pop-pop-pop” as Paddock sprayed the crowd. The police said nothing about any of the rifles used in the attack having sniper scopes on them, even though the crowd was at least 300 feet away from Paddock when he started shooting.

When Paddock’s brother Eric, who lives in Florida, was notified of the attack, he was flummoxed, saying that it caught him and his family completely by surprise: “We have no idea how this happened. It’s like an asteroid just fell on top of our family.” Eric added:

There is no reason we can imagine why Stephen would do something like this … just no reason, no warning. We’re lost. We don’t get it. This is like someone else did this.

A single unconfirmed report from the Islamic State’s news agency Amaq claimed that Paddock was a recent convert to Islam: “The Las Vegas attack was carried out by a soldier of the Islamic State and he carried it out in response to calls to target states of the coalition,” a reference to the coalition of forces fighting the group in the Middle East. Amaq also claimed, “The Las Vegas attacker converted to Islam a few months ago.”

This is the deadliest mass shooting in modern U.S. history, worse even than the massacre at the gay Pulse nightclub in June 2015 that took 49 lives.

What remains unknown — again, the claim by Amaq is unconfirmed — is Paddock’s motivation for the attack. Initial background checks came up with next to nothing: a minor traffic ticket a few years ago, and a private pilot’s license along with a hunting license. The police failed to find “anything unusual” in its initial efforts to explore Paddock’s background. The police were persuaded that Paddock’s girlfriend Marilou Danley had nothing to do with Paddock’s attack.

Also unknown is how Paddock managed to bring 10 semi-automatic rifles and ammunition for them to his room without being noticed.

What is certain is that the anti-gun forces are already ramping up its outrage over the incident, demanding that Congress “do something” even though it is unclear exactly what can be done to prevent carnage like this from happening in the future. The two anti-gun Democratic senators from Connecticut were among the first in line to express their views. Senator Richard Blumenthall (D-Conn.) said: “It’s been barely a year since what was previously the largest mass shooting in American history — the deadly attack at the Pulse nightclub. In the interim, thousands more have been lost to the daily, ruthless toll of gun violence. Still, Congress refuses to act. I am more than frustrated, I am furious.” And Connecticut Democrat Senator Christopher Murphy intoned: “This must stop. It is positively infuriating that my colleagues in Congress are so afraid of the gun industry that they pretend there aren’t public policy responses to this epidemic … it’s time for Congress to get off its — and do something.”

In an article that appeared as if it could have been prewritten, waiting for just such an event to occur in order to once again push the gun-control agenda, Nicholas Kristof, writing for the notoriously anti-gun, anti-Second Amendment New York Times, offered his thoughts on just what those “public policy responses” ought to be:

Impose a minimum age limit of 21 on gun purchasers [even though Paddock was 64];

Enforce a ban on possession of guns by anyone subject to a domestic violence protection order [even though no such order has been found during the police’s initial investigation into Paddock’s background];

Limit gun purchases by any one person to no more than, say, two a month [even though Paddock had 10 rifles in his hotel room, and presumably more at his residence, which he likely acquired over many months or possibly years];

Adopt microstamping of cartridges [even though independent experts have concluded that the technology doesn’t yet exist for such microstamping and others remain unpersuaded that it would prevent attacks like Sunday’s from occurring in the future];

Invest in “smart gun” technology [even though such technology hasn’t been shown to reduce violent crime];

Require safe storage, to reduce theft, suicide and accidents by children [even though Paddock was no child and his weapons weren’t stolen, at least he relieved society of the burden of finding him guilty and incarcerating him for the murders of 58 — possibly more — innocent people]; and

Invest in research to see what interventions will be more effective in reducing gun deaths [even though even Paddock’s family had no idea that he was even considering such a deadly rampage that might have triggered such unknown future “interventions” might have thwarted his attack].

Although none of these proposed “public policy responses” to the Las Vegas massacre would have prevented Paddock from carrying out his ghastly attack, if implemented they would certainly impact those who had nothing whatsoever to do with that attack: law-abiding Americans seeking to exercise their rights under the Second Amendment.

ammunition attack Crime Democrat guns Islam press rights Second Amendment shooter Technology violence weapons
This entry was posted on Monday, October 2nd, 2017 at 11:56 am and is filed under Crime, Second Amendment. You can follow any responses to this entry through the RSS 2.0 feed. Both comments and pings are currently closed.
Many of the articles on Light from the Right first appeared on either The New American or the McAlvany Intelligence Advisor.