This article appeared online at TheNewAmerican.com on Friday, September 29, 2017: 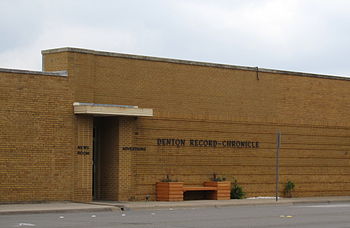 Somehow, more than 53,000 students attending Texas public universities have managed to make it through the first year of concealed-carry on campus without murdering each other. Heaven knows that if there had been even one shooting incident, the anti-gun media would not only have put it on the front page of every newspaper in the country but would have made it the lead story on the six-o’clock news.

Instead, the Denton Record-Chronicle had to ask the University of North Texas Police Chief if there had been any shooting incidents among UNT’s 38,000 students since the campus-carry law became effective last year. Said the chief: “We have had no incidents since the law passed or since the law went into effect of criminal acts by license-to-carry holders. [They] are exceedingly law-abiding citizens.”

The same response came from Texas Women’s University Police Chief Samuel Garrison: The law has had “no significant impact” on that campus either. There are 15,000 students at TWU.

It’s a case of no news making the news. There was a single “incident” that did occur at the University of Texas: Huyler Marsh, a graduate student in accounting at UT, posed for a photo for the New York Times, which was doing an article on campus carry. As part of the photo-shoot, Marsh was asked to expose his weapon. When Marsh lifted his shirt, someone (not a student) observed the exposure of Marsh’s sidearm, got excited, and called the police. The dean of students “reviewed” the incident, and that was the end of the matter.

All of this is a great disappointment, no doubt, to the three Texas college professors who sued to block implementation of the law. They claimed that students carrying concealed in their classrooms would “chill” any discussion about “controversial” topics and feared that offended students might become “upset” and pull a gun to settle matters. The judge, as noted by The New American, tossed the lawsuit.

The lack of shooting incidents among the 53,000 Texas students over the past year is also likely a disappointment to geology instructor Charles K. Smith at San Antonio College. He’s the fellow who showed up in class one day wearing a helmet and a Kevlar vest in order to make a statement over his opposition to the new law. It “makes me uneasy … my assumption is that you will have more people carrying guns that will lead to problems. It always has.”

But it hasn’t, as noted often by John Lott, the founder and head of the Crime Prevention Research Center. As just one example, Lott published a study in 2014 that noted that “between 2007 and … 2013, murder rates have fallen [in the United States] from 5.6 to 4.4 per 100,000 — a 22 percent drop in the murder rate at the same time that the percentage of the adult population with permits soared by 130 percent.”

This principle holds true outside the United States. As the BBC reported, a graduate student went to Iceland to complete his thesis on cyber warfare and the Geneva Convention. Said the student: “I was pleasantly flummoxed by what I saw: violent crime was virtually non-existent.” And this in a country of 300,000 people who own 90,000 guns. Iceland has one of the lowest violent crime rates of any country in the world.

If there is a lesson to be learned from Texas, or Iceland, it’s the one taught by science fiction writer Robert A. Heinlein: “An armed society is a polite society.”

Note to Texas professors: It’s OK to take off your helmets and remove your Kevlar jackets. It’s OK to come out from under your desks and “chill” out over the new freedoms being enjoyed by your students. Heaven knows those students have had plenty of opportunities to blast away at each other if things got heated in your classrooms.

The math is persuasive. If we suppose, for example, that the same percentage of students carry on campus as Texans do in public — nearly a million Texans have permits out of a total state population of 28 million — then 1,855 of those 53,000 students carry concealed on campus every day. By attending college 40 weeks a year, taking three classroom hours every day for five days a week, interacting with just five of their peers, that generates 167 million potential interactions that have taken place since the campus-carry law became effective a year ago. Surely one of those interactions got testy.

But one may rest assured that if that single interaction had resulted in gunfire, the anti-gun media would have covered it like a blanket.

As the saying goes, no news is good news.

classrooms Crime Freedom guns Iceland media Texas The New American
This entry was posted on Saturday, September 30th, 2017 at 6:58 am and is filed under Crime, Second Amendment. You can follow any responses to this entry through the RSS 2.0 feed. Both comments and pings are currently closed.
Many of the articles on Light from the Right first appeared on either The New American or the McAlvany Intelligence Advisor.