This article appeared online at TheNewAmerican.com on Monday, September 25, 2017: 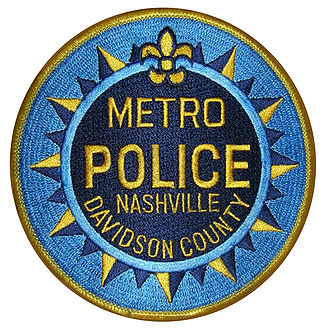 Most of the media covering the shooting at a Tennessee church on Sunday morning focused on the shooter and his horrific attack on innocents. Precious little was said about the “gentle giant,” Robert Engle, who instead of running away, ran toward the sound of gunfire and neutralized the shooter before he could wreak more havoc.

According to various media reports, a Sudanese national, now a legal resident of the United States, Emanuel Kidega Samson, age 25, pulled up to the Burnette Chapel Church of Christ in Antioch, Tennessee, not far from Nashville, in his Nissan XTerra SUV. Without saying a word Samson, a bodybuilder who proudly posted pictures of his physique on his Facebook page, exited his vehicle and started shooting. He carried two pistols and was wearing a ski mask. The first person he shot was a woman just leaving the 10 a.m. service. She died at the scene.

Samson then entered the back of the church and started picking off parishioners one at a time. Before he was subdued by Engle, Samson had shot eight people including the pastor and his wife.

The media made much of the fact that he was not an American citizen but only a legal resident, that he entered the United States in the early ’90s, and that, so far as they could tell, had no police record. The media focused on some bizarre statements Samson posted on his Facebook page, which were inconclusive and left the police with no known motive for the shooting spree. The media also reported that the FBI launched a civil rights investigation into the matter.

Almost entirely missing from the media conversation were the remarkable actions of the church’s usher, Robert Engle, who rushed the killer and subdued him, receiving a nasty gash in his forehead for his trouble. During the scuffle the shooter’s pistol went off, the bullet hitting the shooter’s chest and knocking him to the ground. Engle ran out to his car and retrieved his own legally owned firearm, returned, and held Samson at gunpoint until the police arrived. Engle has a concealed carry permit.

At 6’ 5”, Engle was described by a parishioner, Blake Langford, as “a really big guy, but a gentle giant. He’s always been that kind of person to put others before himself.”

But Engle was having none of it. He told those in the media who would listen: “The real heroes are the police, first responders and medical staff and doctors who helped me and everyone affected.” He also asked for prayers not only for the shooter’s victims but for the shooter himself, as well.

Those who know Engle were effusive in their praise, but they weren’t surprised. Parishioner Minerva Rosa called him “an extraordinarily brave individual.… He’s amazing. Without him I think it could [have been] worse.” His friend Blake Langford added, “He’s just a great guy … just one of the kindest human beings you’ll ever meet.”

As a pastor myself, you come [to church] with the expectation of sitting down and having a service and not thinking about what can happen around you. You never know who is going to come to the door or what reasons they could come to the door, come to your church and do something like that. We’re always on guard. We just thank God many more weren’t hurt.

The St. James Church massacre that took place on July 25, 1993 in Kenilworth, Cape Town, South Africa was ended by a similar soul who ran toward the gunfire rather than away from it. Four terrorists from the Azanian People’s Liberation Army entered the church carrying hand grenades and fully automatic military assault rifles. Eleven members of the church were killed and 58 others were wounded before Charl van Wyck put an end to it. He was only carrying a .38-special revolver, but his first shot took out the leader, and the others ran in fear for their lives.

Van Wyck’s book, Shooting Back, started the “sheepdog” movement around the world, with organizations such as A Sheepdog’s Response training people such as van Wyck and Engle to become sheepdogs. From its website is found this: “A sheepdog exists to protect the vulnerable sheep from the wolves.” These are largely self-ordained protectors of the flock who care enough to take weekends off to obtain the training necessary to end such incidents before they become catastrophes.

Those sheepdogs have a motto: “Sheepdogs don’t want to, but they’re willing to.” Robert Engle, the “gentle giant,” is the sheepdog for the Burnette Chapel Church of Christ in Antioch, Tennessee.

attack Concealed Carry innocents response shooter terrorist
This entry was posted on Tuesday, September 26th, 2017 at 5:45 am and is filed under Crime, Religion. You can follow any responses to this entry through the RSS 2.0 feed. Both comments and pings are currently closed.
Many of the articles on Light from the Right first appeared on either The New American or the McAlvany Intelligence Advisor.