This article appeared online at TheNewAmerican.com on Friday, September 22, 2017: 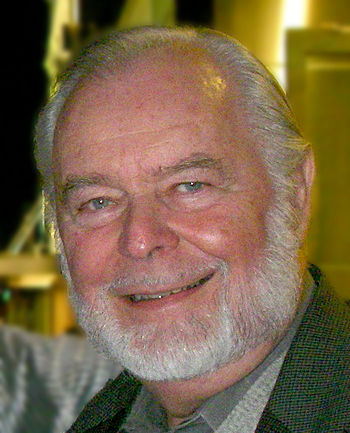 The latest report from the American Action Forum (AAF), which has been tracking President Trump’s promise to deregulate American businesses, continues to be upbeat. In April it had found that the repeal or delay of regulations imposed during the Obama administration could lead to $86 billion “in net fiscal effects” for taxpayers as a result. The latest from AAF said that the trend downward in regulations and upward in freedom from them continues apace.

In July the Washington Post counted 860 regulations that the Trump administration was either pulling or suspending, and then included commentary from anti-Trump liberals that these rollbacks “will leave American workers, consumers and children vulnerable on a daily basis,” quoting Amit Narang with the pro-regulatory group Public Citizen’s Congress Watch Division.

But it will also leave them with more jobs and more money in their pockets. During the Obama administration, more than 22,700 regulations were imposed on Americans, costing them “more than $120 billion each and every year,” according to Heritage Foundation Fellow Diane Katz.

Executive Order 13771, issued by the President Trump in April, was explicit: “Whenever an executive department or agency … promulgates a new regulation, it shall identify at least two existing regulations to be repealed,” adding, “The heads of all agencies are directed that the total incremental cost of all new regulations … shall be no greater than zero.”

The effect, even before implementation, was felt almost immediately. In August the National Federation of Independent Business (NFIB) noted that its Small-Business Optimism Index reached 105.3, the highest since 2006 and an 11-percent jump since the week before Trump was elected. The NFIB called it a “relief rally” because businesses “did not get another four years of costly federal regulations which increased the hold of government on the private sector. The Congressional Record is nearly empty compared to years of record new and changed regulations posted for the past eight years.”

The Obama administration shouldn’t get all the blame. Although it imposed 685 “major” rules — rules that cost at least $100 million to implement — under the George W. Bush administration there were 505 similar rules implemented by the regulatory state.

For all of 2016, federal regulations, according to the Competitive Enterprise Institute (CEI), burdened the economy to the tune of $2 trillion or about 10 percent of the country’s total economic output. That burden is placed squarely on the backs of taxpayers, even if they don’t know it, in the form of higher prices. Per family, those regulations cost $15,000 every year.

Put another way, the economy, and paychecks, would be significantly larger without the heavy hand of the regulatory state slowing it down. The Mercatus Center said that, without those regulations, the economy would be 25 percent larger than it currently is, and that paychecks would be $13,000 a year higher on average.

The regulatory state is helping to fulfill the agenda of globalists who have been working for decades to slow the American economy down and burden it with so much government intervention that it will be easier to merge it with other similarly-burdened countries into a world government. When Norman Dodd, head of research for the Reece Committee in 1954, first learned that this was the agenda of the Ford, Rockefeller, Carnegie and other foundations, he was astonished. G. Edward Griffin (shown above) conducted a remarkable interview of Dodd in 1982.

What Dodd learned from Rowan Gaither, then president of the Ford Foundation, was this: “All of us who have a hand in making of policies here, have had experience operating under directives, the substance of which is, that we use our grant-making power so as to alter life in the United States [so] that it can be comfortably merged with the Soviet Union.” While the Soviet Union no longer exists, at least by name, the agenda of those globalists remains firmly in place.

Which explains, at least in part, the vitriolic, incendiary, and incessant attacks on President Trump and his agenda by those globalists to whom the mainstream media are indebted. His stalling and potential rollback of their agenda extends the opportunity for those in the freedom fight, including members of the John Birch Society, to continue to work to make those rollbacks permanent.

Competitive Enterprise Institute Economy Executive Order George W. Bush growth Heritage Foundation Jobs John Birch Society Liberal Mainstream Media Obama Private Sector Regulations slowing Spending
This entry was posted on Saturday, September 23rd, 2017 at 5:32 am and is filed under Economics, History. You can follow any responses to this entry through the RSS 2.0 feed. Both comments and pings are currently closed.
Many of the articles on Light from the Right first appeared on either The New American or the McAlvany Intelligence Advisor.