China is Suffering from the Same Curse as the U.S.: Too Much Debt, Too Little Growth

This article was published by The McAlvany Intelligence Advisor on Friday, September 22, 2017: 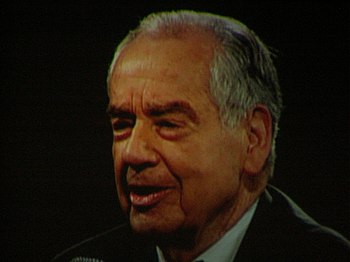 Zig Ziglar speaking at the Get Motivated Seminar at the Cow Palace in Daly City, California.

When Zig Ziglar was trying to motivate salesmen, he would often tell them that “there aren’t very many problems that can’t be solved by sufficient production.” This, unfortunately, has been picked up by statist economists who have assumed that any production, at any cost, will solve any problem. Put another way, “We can grow our way out from under the massive debt we have. And we can grow the economy by stimulating it with borrowed funds.”

Zig would be appalled:The growth he was referring to was organic, from increased production from increasingly skilled salesmen’s efforts coupled with real capital generated through savings in the private market. But Keynesians think that’s way too much trouble: let’s just borrow the money and spend it, and that will generate more than enough growth to pay it back.

Once embarked on that path – skipping the creation part and going immediately to the borrowing part – one finds himself dealing with another law: the law of diminishing returns. “Disrupter Investigator,” writing at Seeking Alpha, spelled it out more than five years ago:

Coming to the most recent decade, the total credit market debt from 2000 to 2011 increased by USD27 trillion while the GDP increased by USD5.2 trillion. The impact of debt on GDP growth during this period has witnessed a sharp decline. For every one dollar of debt, the incremental impact on GDP was just 19 cents (emphasis added).

It isn’t that Keynesians don’t know this. In August, the International Monetary Fund (IMF) warned China about its overly aggressive borrowing in order to meet its 10-year plan. It called China’s rapidly accelerating growth in its debt “dangerous” especially as it tries to meet its stated plan to double its economy between 2010 and 2020. That would move China’s debt from 260 percent of GDP currently to an unsustainable 300 percent in just three years. The IMF also expressed concerns at just how the Chinese government was going to fuel that growth: by expanding spending for more infrastructure programs while letting state banks take on ever higher risk debt to fund speculative real estate developments.

The IMF noted this: Each dollar (or yuan, in this case) of debt incurred “becomes less effective as a means of stimulating [economic] activity,” adding that “China needed three times as much credit [debt] in 2016 to achieve the same amount of growth as in 2008.”

Moody’s saw what is happening and downgraded China’s creditworthiness in May. On Wednesday, S&P Global Ratings followed suit, bringing China’s credit rating down from “high quality” to “upper-medium” with a negative outlook. Fitch Ratings has already done the same thing and for the same reasons.

Not only does more debt have less impact and so it takes more debt to achieve the same impact, it also costs more. So, the economy slows just when it needs to grow even faster to service the debt. As its credit rating declines, its cost to borrow increases. It’s called a death spiral, something the Federal Reserve is desperately trying to avoid in the United States.

SeekingAlpha.com: Inflation To Rise With Diminishing Impact Of Debt On GDP Growth

banks China danger Economy Federal Reserve GDP growth IMF Inflation Keynesian savings Spending
This entry was posted on Saturday, September 23rd, 2017 at 5:23 am and is filed under Economics, History. You can follow any responses to this entry through the RSS 2.0 feed. Both comments and pings are currently closed.
Many of the articles on Light from the Right first appeared on either The New American or the McAlvany Intelligence Advisor.