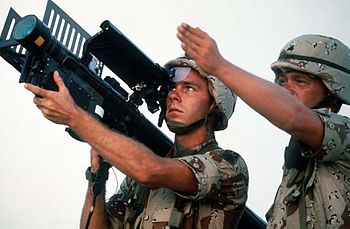 This article appeared online at TheNewAmerican.com on Monday, September 18, 2017:

Passage of the pro-gun, pro-Second Amendment SHARE (Sportsmen’s Heritage and Recreational Enhancement) Act by the House Committee on Natural Resources on Wednesday, elicited rejoicing from its supporters and an especially incendiary broadside from one of the top elitists at the Washington Post.

The bill, to the casual observer, seems only to clarify some issues and extends some freedoms already being enjoyed by Americans on public lands. But it’s a bill that the National Rifle Association (NRA) has supported in its various iterations in the past, and that has caught the attention, and the wrath, of Dana Milbank, who was either tasked with the job of attacking it or was granted it to him at his own request by WaPo’s editors.

NRA’s executive director Chris Cox was pleased that SHARE was passed by the committee and now heads for the House floor for a vote:

The bill, if passed by Congress and then signed into law by the president in its present form, will

It also includes the HPA — the Hearing Protection Act — that would remove suppressors from the restrictions imposed on them by the National Firearms Act of 1934. In addition the bill contains the Lawful Purpose and Self-Defense Act, which would ensure that the Second Amendment’s primary purpose of self-defense is adequately considered in the administration of federal firearms law.

This was too much for the editors at the Washington Post. Dana Milbank, the sharp-tongued master of sarcasm, was selected to perform the hatchet job on the bill for the edification of the unsuspecting but already likely anti-gun and anti-NRA readers of the paper. Milbank is perfect for the job. As a student at Yale, he was a member of the Progressive Party of the Yale Political Union. More importantly he admits to membership in the secretive elitist Skull and Bones fraternity, which gives its members special access to the highest and most influential people in Washington. Milbank is the writer who specifically asked the DNC (the Democratic National Committee) for permission to do a hatchet piece on Donald Trump back in April 2016.

His opening gives fair warning to all who venture further into his irruption:

The days are getting colder, and soon millions of American hunters will pursue a time-honored tradition. They will load their automatic weapons with armor-piercing bullets, strap on silencers, head off to the picnic grounds on nearby public lakes — and start shooting.

About those “silencers” — known more accurately as suppressors — Milbank wrote:

Consider Title XV of the sportsmen’s bill, also known as the “Hearing Protection Act,” which makes it easier for gun owners to buy silencers for their weapons. The uninformed might suspect that silencers are used by people who want to fire weapons without being caught by cops or observed by witnesses. But more and more hunters are finding that conventional earplugs and muffs are not adequate for today’s weapons — for example, quail hunting with an M777 howitzer or grouse hunting with an FIM-92 Stinger missile launcher.

And about those “armor-piercing bullets,” Milbank engaged in the excessive hyperbole for which he is famous:

Title XVI of the bill, the “Lawful Purpose and Self-Defense Act,” denies the government authority to reclassify bullets as “armor piercing ammunition.” It’s okay if the ammunition pierces body armor, as long as the manufacturer claims the ammo is meant to be used for sport and not for killing people wearing body armor. This provision is particularly timely because a growing percentage of Western grizzlies have been seen in recent years wearing Kevlar vests when they attack schools in Wyoming.

He saved his best for last:

I take personal comfort in Title XI of the sportsmen’s bill, which says that if you can legally own a gun in states with anything-goes gun laws (such as Texas), you can transport that gun through places with restrictive laws (such as Washington, D.C.). People could be free to take their AR-15s, their AK-47s or perhaps even their M134 machine guns to the capital. They wouldn’t be allowed to leave them here, but it’s likely some would do so anyway — a welcome development, because I have discovered a population of moles burrowing in my lawn. A weapon that fires 100 rounds a minute would make quick work of them.

The NRA rose to the bait, just as Milbank hoped it would, taking umbrage at this attack on a bill it has supported for years. Regarding automatic weapons shooting up picnic areas, the NRA said, solemnly: “It is against the law in every state to hunt with fully automatic firearms.”

Regarding “armor-piercing bullets”, the NRA responded: “All shotgun and rifle ammunition is so-called armor piercing.” Regarding hunting on picnic grounds and near public lakes, the NRA answered: “Laws restrict hunting and shooting to designated areas on public lands.”

On people bringing “assault guns and other weapons through jurisdictions where they are banned,” the NRA clarified:

Since 1986, federal law has allowed a person in lawful possession of any firearm to transport it from any place where they can lawfully possess a firearm to any other place where they can lawfully possess the firearm. But prosecutors in anti-gun states such as New York and New Jersey have ignored this federal law, and arrested individuals who were lawfully travelling with firearms. The SHARE Act would put a stop to that.

On SHARE “rolling back decades-old regulations on the use of silencers,” the NRA responded to Milbank: “The SHARE Act would simply make it easier for law-abiding gun owners to protect their hearing with suppressors.”

On the act easing the “importation of foreign-made assault rifles,” the NRA noted that the “SHARE Act would simply allow for the importation of firearms that are already legal within the United States.”

On Milbank’s claim that the SHARE Act would protect “the practice of baiting birds with grain as they migrate and then [mow] them down,” the NRA responded, the law, at present, “leaves hunters open to fines whenever hunting near any agricultural operations.” The SHARE Act would only allow penalties if crops are manipulated with the intent to draw in game birds.

With the SHARE Act passing out of committee and onto the floor for a vote, the powers-that-be at WaPo unleashed Milbank’s biting sarcasm and clever wit, hoping to bait the NRA into a response. The NRA took the bait.

If the SHARE Act didn’t have traction, the paper and its cleverest and most incisive expert in excessive hyperbole wouldn’t even have bothered to respond to it.

This entry was posted on Tuesday, September 19th, 2017 at 6:20 am and is filed under Second Amendment. You can follow any responses to this entry through the RSS 2.0 feed. Both comments and pings are currently closed.
Many of the articles on Light from the Right first appeared on either The New American or the McAlvany Intelligence Advisor.