This article appeared online at TheNewAmerican.com on Monday, September 18, 2017: 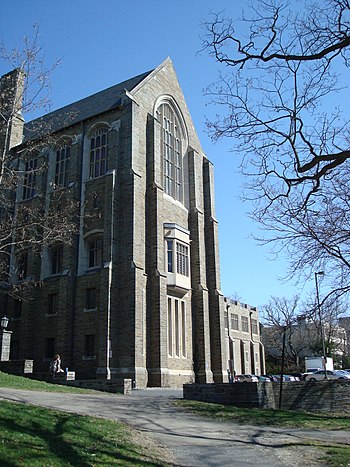 If by “snowflake” one can accept the definition of Francis Dickinson, a Green Party activist, then snowflakes at the dormitory that houses La Associacion Latina (LAL) on the Cornell University campus had a meltdown last week. Dickinson defines a “snowflake” as “an insult, short for ‘special snowflake’ [which includes] all young liberals [who] think they are special and precious and unique and the world should revolve around them. And they will melt into a puddle when anything goes wrong.”

At 12:30 a.m. on Wednesday, September 6, something went wrong, and the folks in the dorm melted into a puddle. Several of the LAL students claimed that they heard voices coming from the Zeta Psi fraternity next door chanting, “Build a wall! Build a wall!” The offense occurred the day after President Trump announced his pushback against DACA, and so the LAL students were on high alert for anything that might injure their tender sensibilities.

The LAL students issued a statement over the offense:

Cornell as an institution cannot truly say … that it supports students of marginalized communities and backgrounds [that would be the LAL students, presumably] when this sort of behavior runs rampant. These communities [that would be those LAL students, again presumably], time and time again, have come up against an innumerable amount of acts rooted in bigotry and discrimination.

These incidents are not isolated but are structural in that individuals [those unnamed voices next door doing the chanting, again presumably] hold harmful ideals … and Cornell … allows them to go unchecked.

Cornell’s vice president for students & campus life, Ryan Lombardi, leapt to action, confirming that the complaint had made it to his desk and acting to soothe the tender egos so egregiously damaged by one single individual at Zeta Psi:

While I appreciate that an individual [from the fraternity] has come forward to accept responsibility and apologize for [his] actions, and I recognize the rights of open expression, I am concerned by what is a continued pattern of the marginalization of many members of the Cornell community.

At a time when our nation is struggling with issues of division and polarization, I urge us, as a campus community to lean into [progressive code word for support] one another for strength. Let’s model a way forward [another progressive phrase] grounded in dialogue, respect and civil engagement.

The only thing missing from Lombardi’s condescending apology was an announcement that there would be a gathering at Willard Straight Hall in the morning where all those wounded would hold hands and sing Kumbaya.

Others took grievous affront and demanded retribution against the wayward fraternity brother exercising his First Amendment rights. Mayra Valdez, a freshman who calls herself an “undesignated at-large representative” of the Latino community on campus, insisted that there should be punishment for the doer of the misdeed: “It’s disgusting that hate speech like this is not followed up with repercussions.”

Cornell’s president was apparently caught off guard with the demand that sanctions should be applied to this excessive expression guaranteed by the First Amendment. Said Cornell President Martha Pollack: “I don’t have a response yet about what we are going to do and what we are not going to do, but we are looking into options.” Would they include nuclear retribution? After all those tender souls inhabiting the dorm next to Zeta Psi need protecting and the miscreant at Zeta Psi and all of his brothers who, also presumably, share the same view, need to be taught a lesson.

Pollack then referred back to Cornell’s “founding principles” that were violated by this outburst of alleged racism. In an e-mail to students, she said, “I strongly condemn behavior that is antithetical to our proud history of inclusion, and it is incumbent upon all of us to uphold Cornell’s founding principles.”

And just what were those “founding principles,” President Pollack? In his address to students at the University’s opening on October 7, 1868, Ezra Cornell put them well:

I hope we have laid the foundation of an institution which shall combine practical with liberal education, which shall fit the youth of our country for the professions, the farms, the mines, the manufactories, for the investigations of science, and for mastering all the practical questions of life with success and honor.

One wonders just how Cornell would react when learning about the supposed blatant discrimination voiced by a single fraternity brother, and the campus eruption of outrage that followed — especially when he might then also learn that the miscreant, the single fraternity brother at Zeta Psi, was himself a Latino, and that he was “just joking around and making fun of [President] Trump” according to an anonymous but reliable source that informed the Campus Reform newspaper. Cornell might just wonder what has happened to his precious university.

discrimination Education First Amendment Hate Hate Speech liberals progressive rights
This entry was posted on Tuesday, September 19th, 2017 at 6:10 am and is filed under Education. You can follow any responses to this entry through the RSS 2.0 feed. Both comments and pings are currently closed.
Many of the articles on Light from the Right first appeared on either The New American or the McAlvany Intelligence Advisor.