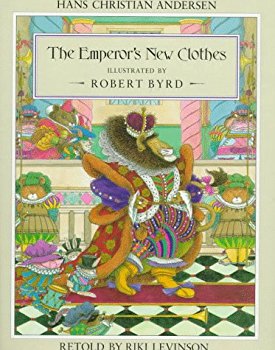 [The initial] effects tend to be pretty transitory. [But] the long-run effect of these disasters unfortunately is it actually lifts economic activity because you have to rebuild all the things that have been damaged by the storms.

Dudley suffers from a bad case of Keynesianism, which he no doubt picked up while getting his PhD in economics from the University of California, Berkeley. It was cemented into place during his stint at Goldman Sachs afterwards, where he served as its chief economist for 10 years.

Along the way, he made some friends who offered him membership in the Group of 30 (G30), an outfit started at the instigation of the globalist Rockefeller Foundation, which funded its beginning in 1978. And what a group of friends! The G30 includes the heads of major private and central banks, as well as top people from academia and various international institutions. Central bankers from across the globe, including two presidents of the European Central Bank (ECB), two chairmen of the Bank for International Settlements (BIS), two chief economists of the International Monetary Fund (IMF), and a chief economist of the World Bank also belong to this exclusive club.

So Dudley is in agreeable company, all of whom by implication think that destruction is somehow a good thing. The problem is that Dudley never asks the next question: “What’s unseen?” What is “the rest of the story?” as Paul Harvey liked to ask. It’s the same question that grieved common sense economist Frederic Bastiat in 1830 in his essay “That Which Is Seen and That Which Is Not Seen.” He uses the example of the window broken by the son of a business owner:

Have you ever witnessed the anger of the good shopkeeper, James Goodfellow, when his careless son has happened to break a pane of glass? If you have been present at such a scene, you will most assuredly bear witness to the fact that every one of the spectators, were there even thirty of them, by common consent apparently, offered the unfortunate owner this invariable consolation – “It is an ill wind that blows nobody good. Everybody must live, and what would become of the glaziers if panes of glass were never broken?”….

Suppose it cost six francs to repair the damage, and you say that the accident brings six francs to the glazier’s trade – that it encourages that trade to the amount of six francs – I grant it; I have not a word to say against it; you reason justly. The glazier comes, performs his task, receives his six francs, rubs his hands, and, in his heart, blesses the careless child. All this is that which is seen.

But that conversation must not end there, says Bastiat:

If, on the other hand, you come to the conclusion, as is too often the case, that it is a good thing to break windows, that it causes money to circulate, and that the encouragement of industry in general will be the result of it, you will oblige me to call out, “Stop there! Your theory is confined to that which is seen; it takes no account of that which is not seen.”

Dudley would no doubt respond, “But there will be a pick up in economic activity! How can that not help the economy?” Bastiat has the ready answer:

Society loses the value of things which are uselessly destroyed; and we must assent to a maxim which will make the hair of protectionists [like you, sir] stand on end – To break, to spoil, to waste, is not to encourage national labor; or, more briefly, destruction is not profit.

What will you say, [Mr. Dudley] – what will you say, a disciple of [John Maynard Keynes], who has calculated with so much precision how much trade would gain by the [flooding of Houston], from the number of houses it would be necessary to rebuild?

Destruction is destruction. Destruction does not have within itself the seeds of a renaissance that will, over time, make up in the future what was lost in the past. Instead, the capital stock that remains is the new lower level from which growth can begin again. There is no economic “push” that drives the economy to overcome the loss and replace it. All growth starts from that lower level.

A football analogy is appropriate. If a receiver has the same speed as a defender but upon catching the ball has a lead on that defender, there is nothing in physics that says that the defender will be able to catch him before he reaches the end zone.

Another analogy is also appropriate. It’s the story of “The Emperor’s New Clothes,” written by Hans Christian Andersen just seven years after Bastiat’s exposure of Dudley and his friends:

So off went the Emperor in procession under his splendid canopy. Everyone in the streets and the windows said, “Oh, how fine are the Emperor’s new clothes! Don’t they fit him to perfection? And see his long train!” Nobody would confess that he couldn’t see anything, for that would prove him either unfit for his position, or a fool. No costume the Emperor had worn before was ever such a complete success.

“But he hasn’t got anything on,” a little child said.

“But he hasn’t got anything on!” the whole town cried out at last.

The Emperor shivered, for he suspected they were right. But he thought, “This procession has got to go on.” So he walked more proudly than ever, as his noblemen held high the train that wasn’t there at all.

MarketWatch.com: Hurricanes Irma, Harvey to cast pall over U.S. economy for months and even years

Background on The Group of Thirty

banks Broken Window Fallacy Central Bank common sense Economy Frederic Bastiat gold growth IMF Keynesian
This entry was posted on Tuesday, September 12th, 2017 at 5:37 am and is filed under Economics, History. You can follow any responses to this entry through the RSS 2.0 feed. Both comments and pings are currently closed.
Many of the articles on Light from the Right first appeared on either The New American or the McAlvany Intelligence Advisor.