Shiller’s CAPE, Harvey, Irma, and now Jose: How Much More is Needed for a Stock Selloff?

This article was published by The McAlvany Intelligence Advisor on Friday, September 8, 2017: 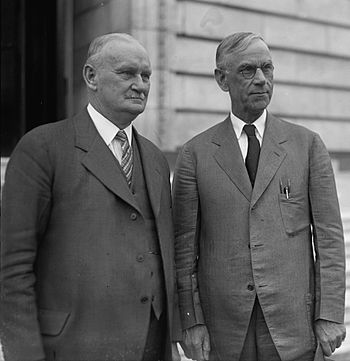 Wall Street prognosticators have watched Robert Shiller’s CAPE – “cyclically adjusted price-to-earnings” ratio – for years for signs that stocks are becoming overvalued. It’s now at a nosebleed level reached just before the October 1929 crash. The good news is that CAPE has been at that level ever since Shiller said that stocks were overvalued earlier this year. It is not a market timing tool, but more of an early warning indicator.

Short sellers have gotten smashed as the stock market continues to defy gravity. Bets against the SPDR S&P 500 exchange-traded fund, the largest ETF tracking that index, fell to lows in July not seen since May 2013.

But Hurricanes Harvey, Irma, and now possibly Jose may finally bring things back to earth. The jump in unemployment claims for the week ending September 2, caused by Harvey and reported by the Department of Labor (DOL) on Thursday, not surprisingly exceeded economists’ consensus. The increase of 62,000 for the week to 298,000, compared to that consensus of just 241,000, nearly broke a record that has been in place for 131 weeks: 300,000.

That record will surely be broken in the weeks to come. The unemployment claims are just beginning to come in and they are a predictor – a proxy – for job layoffs. Some workers simply cannot get to their jobs. Others who can are finding their jobs no longer exist. And mostly only those with skills in cleanup, restoration, and reconstruction will be in high demand for the foreseeable future.

That one-week jump is the largest since November 2012 following Hurricane Sandy (“Superstorm Sandy”) in 2012. That hurricane was the largest Atlantic hurricane in recorded history, killing 233 people and causing about $75 billion in damage. And Sandy was preceded by Hurricane Katrina in 2005, which inundated New Orleans, killed 1,245 people, and caused damage estimated at $108 billion.

And now comes news that Irma is directly aimed at Miami, with the governor of Florida already declaring a state of emergency. Early estimates of the potential damage are reaching $200 billion and more. After causing catastrophic damage in Barbuda, St. Barthelemy, St. Martin, Anguilla, and the Virgin Islands, Irma had already caused the deaths of 10 people by Thursday noon.

The losses could easily dwarf those sustained by Houston, for at least two reasons. First, Miami’s population is more than twice that of Houston’s (5.5 million versus 2.3 million); and second, Houston is 80 feet above sea level while Miami’s elevation above sea level is just six feet.

The ripple effect could radiate outward to impact the entire southeast part of the country, stalling the economy in the third quarter and perhaps even the fourth quarter. Economists were cheered that GDP growth in the second quarter touched 3 percent, and Wall Street has reacted accordingly. Since the first of the year, stocks, as measured by the S&P 500 index, have gained 8.5 percent, on pace to return more than 12 percent for the year.

But with Houston barely beginning to recover from Harvey, and Miami hunkering down for Irma’s onslaught, that number may turn into wishful thinking. Add in Jose, which is already a Category 1 hurricane and headed west, and the formula for continuing disaster is in place.

Could this one-two-three punch spell the end of the stock market’s remarkable run? Could the law of gravity – and reality – finally start the dreaded “reversion to the mean” that could bring stock prices back to normal, and then below normal?

Just for the record, stocks began their long selloff in October 1929, rebounding briefly in April 1930 and then falling further until July 1932 when they touched bottom after losing 89 percent of their value.

This began the Great Depression, which was amplified and extended unnecessarily not only by governmental intervention by the Roosevelt administration and its cadre of communists and socialists and their “experiments,” but also by passage of the Smoot-Hawley tariffs bill. It’s helpful to remember that both Reed Smoot and Willis Hawley were Republicans, and that their bill set off retaliations across the globe that resulted in a 40 percent decline in imports in the two years following its passage. It took the economy more than 10 years to recover from the damage done by Roosevelt and those Republicans.

Could this combination be the knockout punch that brings stocks back to earth and begins the much-needed (and dreaded) cleansing of the excesses that have so distorted the free market for so long?

Bloomberg.com: U.S. Jobless Claims Soar by Most Since 2012 on Hurricane Harvey

Yahoo.com: Hurricane Jose is expected to become a major hurricane by Friday

History of the 1929 stock market crash

The Wall Street Journal: Short Sellers Give Up as Stocks Run to New Records

communist Economy Free Market GDP Great Depression Jobs reality Republican ripple effect S&P 500 Index Stock Market Texas Wall Street
This entry was posted on Saturday, September 9th, 2017 at 6:08 am and is filed under Economics, History. You can follow any responses to this entry through the RSS 2.0 feed. Both comments and pings are currently closed.
Many of the articles on Light from the Right first appeared on either The New American or the McAlvany Intelligence Advisor.