Los Angelinos Are No Safer Today Than They Were on Monday

This article was published by The McAlvany Intelligence Advisor on Wednesday, August 30, 2017: 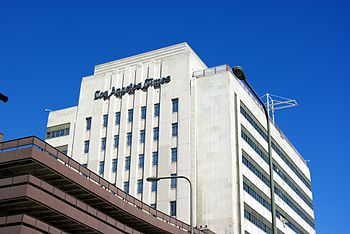 The Los Angeles Times reported that on Tuesday the city council was going to repeal its ban on “ultra-compact” handguns that has been in place since 2001. It’s responding to pressure from the NRA and the California Rifle & Pistol Association (CRPA) that the city must conform to the roster of firearms already banned at the state level. It’s not because of a change of heart on the part of those council members.

The law was put in place in 2001 based on the assumptions that criminals would find them convenient to use in committing crimes, and that the ordinary everyday Angelino couldn’t be trusted to carry one on his own. Said the city’s attorney, Mike Feuer, who was on the council at the time: “These concealed, compact weapons are the weapons of choice for criminals.”

That was, and remains, a canard, and Feuer probably knew it but pressed ahead anyway. In 1995 a study was published that followed interviews with 1,800 incarcerated criminals. It concluded that criminals prefer high-caliber handguns rather than small, lower caliber firearms. In fact, that same study showed that the most common firearm used in homicides was a large caliber revolver, rather than a smaller caliber semi-automatic pistol.

The liberal and anti-gun Violence Policy Center helped push the ban along, referring to those small, light, and easily-concealable firearms as “pocket rockets” and then went to the edge of credibility, claiming that ordinary everyday citizens carrying them might use them in “moments of anger, depression, or other emotional instability.”

In fact, the ban is both racist and misogynist. It has effectively dissuaded both poor blacks and women from owning them for self-defense purposes, as well as disabled individuals who might find them convenient to carry if they were allowed to.

It was the New York Times that coined the term “Saturday Night Special” in 1968 immediately after passage of the Gun Control Act (GCA) that year. The GCA banned the importation of many inexpensive firearms, which included a large number of small revolvers manufactured by German gun maker Rohm Gesellschaft. A decade later, author Don Kates teamed up with the liberal Senator Frank Church to write the blockbuster Restricting Handguns: The Liberal Skeptics Speak Out in which they noted the distinctly racist overtones that were incorporated in the GCA. In fact, Roy Innis, the president of the Congress for Racial Equality (CORE) and board member of the NRA, said “to make inexpensive guns impossible to get is to say that you’re putting a money test on getting a gun. It’s racism in its worst form.”

The National Institute of Justice put the case against such bans of “ultra-compact” firearms bluntly:

The people most likely to be deterred from acquiring a handgun by exceptionally high prices or by the nonavailability of certain kinds of handguns are not felons intent on arming themselves for criminal purposes (who can, if all else fails, steal the handgun they want), but rather poor people who have decided they need a gun to protect themselves against the felons but who find that the cheapest gun in the market costs more than they can afford to pay.

Now that the city council has presumably repealed its ban on these so-called “ultra-compact” handguns, will there be a rush by the average citizen to purchase them? Hardly likely, thanks to the state’s onerous restrictions against ownership that remain in place. An individual wanting to purchase, own, and carry a handgun for self-defense purposes will find he must climb a wall of resistance erected by the anti-gunners to keep him from doing so.

To purchase a handgun, a Californian must first obtain a Handgun Safety Certificate by taking and passing a written test given by a certified state-licensed instructor on the safe and legal use of firearms. The purchaser must then perform a Safe Handling Demonstration when taking possession of the handgun. This is in addition to the fees required for the privilege of exercising a right.

A recent effort to mitigate those rules – Peruta v. San Diego – recently failed, leaving in place the need for an applicant for a concealed carry permit to show “good cause” that “distinguishes [him] from the mainstream and places [him] in harm’s way.” Few are likely to make the effort.

None of these rules impeded Kori Ali Muhammad, a Muslim who used a .357 magnum revolver to kill three people in Fresno in April. Most aggravating was the fact that Muhammad had used the firearm to kill a security guard at a local Motel 6 five days before opening fire in downtown Fresno. The police had five days to track him down, but failed.

The repeal, assuming it occurred on Tuesday, still leaves the average Angelino in harm’s way, unable to provide for his own self-defense. He is no safer today than he was on Monday.

The Los Angeles Times: L.A. is poised to roll back its ban on ‘ultracompact’ guns

Amazon.com: Trust the People: The Case Against Gun Control by David Kopel

History of Fresno shootings in April 2017

Concealed Carry credibility Crime David Kopel defense firearms Gun Control guns Liberal NRA purpose violence weapons
This entry was posted on Thursday, August 31st, 2017 at 5:41 am and is filed under Politics, Second Amendment. You can follow any responses to this entry through the RSS 2.0 feed. Both comments and pings are currently closed.
Many of the articles on Light from the Right first appeared on either The New American or the McAlvany Intelligence Advisor.