This article was published by The McAlvany Intelligence Advisor on Friday, August 18, 2017: 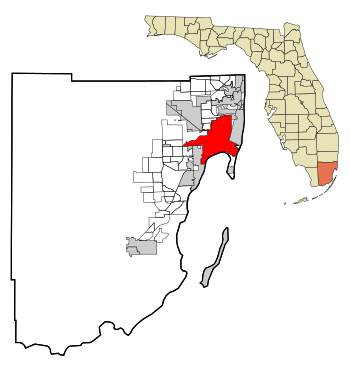 The decibel level in the war of words between Trump’s AG Jeff Sessions and Chicago’s Mayor Rahm Emanuel reached painful heights on Wednesday. At issue is illegal immigration, and harboring illegals or deporting them. The underlying issue is the conflict of power between the federal government and the states.

The Federalist considered the issue and concluded that immigration, legal or illegal, was a concern only of the states, and of no concern to the national government:

Sovereignty over individual State immigration was never an object committed to national government….

Because the States retained just about everything they had before joining the union, and the fact this is clearly enumerated in the Constitution [see the 9th and 10thAmendments], gives Congress no more authority to authorize entry of immigrants or asylum seekers within the individual States any more than it has the authority to direct another country to accept them.

Its conclusion recognized just how far away from these strictures the national government has strayed:

There is absolutely no known authority for Congress to authorize entry of tens of thousands of foreigners under any pretense, to then take upon themselves to clothe them in citizenship thereby creating citizens of a State by their own will and acts. This is pure naturalization fraud because it is an act that cannot be sanctioned under a republican form of government but only under a despot.

For years, the central government has offered federal largesse to the states, tied up with strings, to the point where any suggestion of a withdrawal of even a tiny part of that largesse generates howls of protests. Two entities, the state of California and the city of Chicago, have in fact filed suits claiming that that free-flowing largesse is now a right, in response to Trump’s attorney general’s threat to reduce that flow ever so modestly.

Among the estimated 300-plus “sanctuary cities” threatened by the modest cutting off of federal money was the county of Miami-Dade in Florida. The county commissioners needed the millions being offered and decided to change its “sanctuary city” policy just weeks after President Trump was inaugurated. Trump saw a way to force those recalcitrant jurisdictions to allow federal officials into their jails to interview potential illegals by threatening to withhold some funds.

Attorney General Jeff Sessions took the opportunity during his visit to Miami on Wednesday to praise the decision of Miami-Dade County officials to reverse its three-year-old “sanctuary city” policy. He also used the time in front of a crowd of 150 law enforcement officials to bash Mayor Rahm Emanuel and his city for its failure to do the same.

And then he shifted gears and levelled his attack on Chicago, first indirectly and then directly:

Sanctuary jurisdictions provide safe harbor for some of the most dangerous criminals in our country. That makes a sanctuary city a trafficker, smuggler, or a predator’s best friend.

The people of Miami-Dade know that the rule of law guarantees equality and opportunity … protecting this guarantee is why the government of Miami-Dade made its decision, and is working with federal law enforcement, not against us.

Full compliance means that the Florida county can now receive $481,347 this year, and a similar amount each year the county stays in compliance.

Sessions moved on to Chicago specifically:

Respect for the rule of law has broken down. In Chicago their so-called ‘sanctuary’ policies are just one sad example. Chicago’s leaders have made this a political issue and direct their police to refuse [federal requests]….

Every year too many Americans’ lives are victimized as a result of sanctuary city policies – whether it be theft, robbery, drugs, assault, battery, or even murder. We want to do everything we can to help state and local law enforcement, which is why we have federal grants to cities designed to aid in crime prevention.

But we cannot continue giving federal taxpayer money to cities that actively undermine the safety and efficacy of federal law enforcement and actively frustrate efforts to reduce crime in their cities.

So if voters in Chicago are concerned about losing federal grant money, call your Mayor!

Sessions raised the volume even higher, linking Emanuel to the dictator currently ruling Cuba and tying Emanuel’s decision to the crime wave engulfing his city:

Americans – all Americans – have a right to full and equal protection under law. No one understands that better than the Cuban Americans here in Miami-Dade … they understand that no single person, whether a dictator or a mayor, should determine whose rights are protected and whose are not….

Mayor Rahm Emanuel shot back, relying not on the Constitution but taking advantage instead of the difficulties currently facing the administration:

In a week in which the Trump administration is being forced to answer questions about neo-Nazis, white supremacists, and the KKK, they could not have picked a worse time to resume their attack on immigrants who see America as a beacon of hope.

Chicago will continue to stand up proudly as a welcoming city, and we will not cave to the Trump administration’s pressure because they are wrong morally, wrong factually, and wrong legally.

Both Sessions and Emanuel have dug in their heels with neither likely to give ground to the other. Ultimately the issue will be resolved by taxpayers and an informed electorate voting for statesmen who have read, understood, and are willing to defend the Constitution. Until that happens it’s likely that the decibel levels in this war of words will continue to rise.

The Federalist: The US Constitution Only Delegates the Power Over Immigration or Asylum to the States

The Bradenton Herald: In Miami, Jeff Sessions praises an end to sanctuary for ‘criminal aliens’

Constitution Crime cutting dictator Federal Government immigration politics power rights Sovereignty taxpayer War
This entry was posted on Saturday, August 19th, 2017 at 6:06 am and is filed under Constitution, Politics. You can follow any responses to this entry through the RSS 2.0 feed. Both comments and pings are currently closed.
Many of the articles on Light from the Right first appeared on either The New American or the McAlvany Intelligence Advisor.