This article appeared online at TheNewAmerican.com on Wednesday, August 16, 2017: 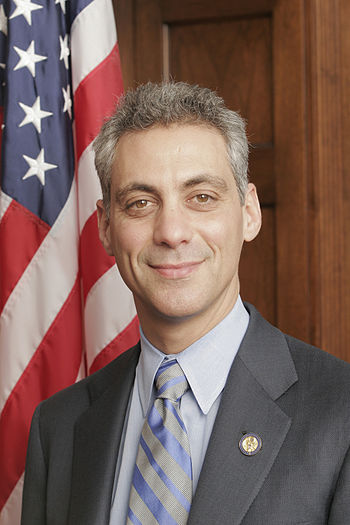 A closer look at the lawsuit that Chicago filed against Attorney General Jeff Sessions last week over his threat to withhold grant money reveals enough errors, inconsistencies, and just plain poor logic that might be enough for the judge to toss it, with prejudice.

The lawsuit that Chicago Mayor Rahm Emanuel had threatened over Session’s imposition of new conditions for receiving Bryne Justice Assistance Grant (JAG) funds — including alerting the federal government when an illegal alien has been arrested and is about to be released — claimed that the threat of lost funding was unconstitutional, violated states’ rights, and threatened the city’s long-standing Welcoming City ordinance. The Welcoming City ordinance includes language that, according to the city, is not only necessary but makes the city a sanctuary city. In part, it says it “promotes public safety by ensuring that no city resident, regardless of their status, is afraid to cooperate with law enforcement, report criminal activity to the police, serve as a witness in court, or seek help as a victim of crime.”

The ordinance is self-contradictory and illogical:

It claims that by turning Chicago into a “sanctuary” city, safeguarding criminals from possible deportation, it will make the city safer! Since the federal action does not call for wholesale round-ups of illegal immigrants, and only applies to arrestees, there is no reason why city enforcement of federal law should cause illegal immigrants to not cooperate with police.

Moreover, the lawsuit’s Introduction claims that the new conditions imposed by Sessions in order to receive grant funds threaten money “that has for years provided crucial support for law enforcement in Chicago.” That “crucial support” amounted to $2.3 million last year, compared to the city’s annual budget of $9.8 billion, or .0235 percent. That’s not “crucial,” that’s a rounding error.

The lawsuit also claims that “these new conditions … could give federal officials the power to enter city facilities and interrogate arrestees at will.” No, the federal demand calls for “cooperation” with federal officials and is not a mandate. If it were a mandate, this would in fact raise serious states’ rights issues, but it’s not.

Further, the lawsuit claims that the new requirements “would force the City to detain individuals longer than justified by probable cause.” However, the requirements merely push the city to give ICE agents 48 hours’ advance notice when a suspect is about to be released, not that he should be held past the time ordered by a local magistrate. That issue has already been settled in a previous court ruling.

It gets better: The lawsuit says, “The Welcoming City Ordinance represents a clear, concerted, and smart policy choice in favor of inclusion and strong relations between the community and law enforcement. Chicago, its residents, and its leaders have stood behind that choice for over a generation.”

And what exactly is that choice? The city chooses to protect criminals — including murderers, robbers, and rapists — from federal prosecution in order to “include” them in the warm, welcoming arms of the city, instead of ratting on them to the feds.

The lawsuit goes further: The new conditions imposed represent “the federal government’s aggressive and escalating efforts to force Chicago and other cities, counties and States to adhere to federal policies.” Thus those new conditions no longer allow Chicago to “exercise [its] basic rights to self-government by focusing their resources on enforcement of local laws rather than on policing federal civil immigration violations.” This, implies the lawsuit, amounts to blackmail: President Trump’s “executive order commanded federal agencies to withhold funds from these cities unless they change their policies.” It’s a wonder that the city would argue this issue since it has no problem with other federal commands that have done similar things, from the loss of funds in the past unless it lowered speed limits to present-day loss of monies for not following Barack Obama’s school transgender decrees or instituting Michelle Obama’s lunch mandates.

The lawsuit then complains that the federal requirements should be null and void because they were never approved by Congress, and therefore constituted an overreach by Sessions. This, too, appears to be a case of selective indignation. A search indicates that Congress long since gave up its oversight in the matter, granting all administrative authority over the JAG monies to the Bureau of Justice Assistance (BJA) back in 2005. That means that for 12 years Chicago has enjoyed federal largess under the program without a single peep — until President Trump decided to use it as leverage to help ICE track down illegals and deport them.

AG Sessions took umbrage at Mayor Emanuel’s lawsuit and issued a scathing defense to him and his city:

No amount of federal taxpayer dollars will help a city that refuses to help its own residents.

This administration is committed to the rule of law and to enforcing the laws established by Congress. To a degree perhaps unsurpassed by any other jurisdiction, the political leadership of Chicago has chosen deliberately and intentionally to adopt a policy that obstructs this country’s lawful immigration system.

They have demonstrated an open hostility to enforcing laws designed to protect law enforcement — Federal, state, and local — and reduce crime, and instead have adopted an official policy of protecting criminal aliens who prey on their own residents.

This is astounding given the unprecedented violent crime surge in Chicago, with the number of murders in 2016 surpassing both New York and Los Angeles combined. The city’s leaders cannot follow some laws and ignore others and reasonably expect this horrific situation to improve.

The Mayor complains that the federal government’s focus on enforcing the law would require a ‘reordering of law enforcement practice in Chicago.’ But that’s just what Chicago needs: a recommitment to the rule of law and to policies that roll back the culture of lawlessness that has beset the city.

This administration will not simply give away grant dollars to city governments that proudly violate the rule of law and protect criminal aliens at the expense of public safety. So it’s this simple: Comply with the law or forego taxpayer dollars.

Blackmail Constitution Crime immigration justice lawsuit mandates Obama ordinance rights threat unconstitutional violations
This entry was posted on Thursday, August 17th, 2017 at 5:50 am and is filed under Crime, Politics. You can follow any responses to this entry through the RSS 2.0 feed. Both comments and pings are currently closed.
Many of the articles on Light from the Right first appeared on either The New American or the McAlvany Intelligence Advisor.