This article appeared online at TheNewAmerican.com on Monday, August 14, 2017: 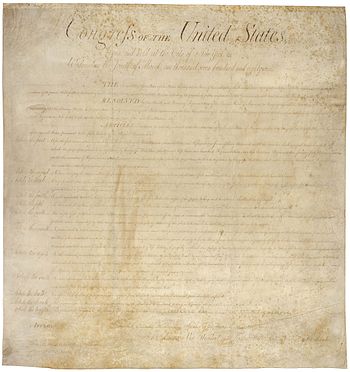 Rather than resigning or noisily transferring to another, more “enlightened” school, or filing a frivolous lawsuit, geography instructor Charles K. Smith protested Texas’ new campus carry freedom by showing up on the first day of class wearing — ready? — a helmet and a bullet-resistant vest! Smith teaches at San Antonio College.

His foolishness made the papers, and he took full advantage of the publicity, claiming the new law somehow puts him at risk:

It definitely makes me feel uneasy that there are more firearms on campus than there really should be. (Dressing this way) was just a statement of how I felt….

I was just saying I don’t feel safe.

I realize students were carrying guns on campus illegally, but now it’s legal to do so. It increases the chances of something happening….

My assumption is that you will have more people carrying guns that will lead to problems. It always has.

And then he went further off the deep end:

[It] used to be, when [students] got mad at me, they had to go home to get the gun [which gave them] time to cool off; now they have it with them.

At least one of his students, who wrote publicly of his experience in Smith’s class, indicated that there wasn’t any content in the class worth getting mad about:

He makes mildly boring subject matter into a painful classroom experience. His sleep inducing political rants and disagreeable classroom demeanor and behavior make his lectures unbearable. He should make some effort and inject some enthusiasm into teaching geography rather than wasting students’ time with political commentary about current events.

Other instructors and professors upset over Texas’ new campus carry rules went in different directions. Three University of Texas professors — with the help of a local attorney — filed a lawsuit claiming that students now exercising their Second Amendment rights would somehow infringe on their First Amendment rights. They claimed that students exercising those rights would have a “chilling” effect on open conversation in the classroom. In tossing their lawsuit, the judge tried to understand their concerns:

The “chilling effect” appears to arise from Plaintiffs’ subjective belief that a person may be more likely to cause harm to a professor or student as a result of the [new] law.

[But] plaintiffs cannot establish standing [to sue] by simply claiming they experience a “chilling effect” that resulted from a governmental policy….

Accordingly, [this] court will dismiss.

And then there’s the professor at Wichita State University (WSU) who simply resigned, telling the school’s president “[This new] concealed carry policy … can’t help [but] dampen open, frank conversation … [and] puts the health and safety of students, faculty and staff at risk.”

That followed the noisy exit of another Kansas professor, Jacob Dorman, who said the new law “will have a chilling effect on free speech … [and] will hurt all students.”

The simple reality is that “gun free zones” are markedly more dangerous, as unarmed individuals with no means of self-defense are much more attractive targets to deranged or zealous shooters seeking glory or to make a political statement. Warren Mass pointed this out at The New American when he quoted John Lott of the Crime Prevention Research Center: “Gun control laws don’t deter criminals who are looking for select targets where people can’t fight back.”

If Smith had a grasp of reality, he would have been wearing his armored costume every day while his classroom was “gun free,” instead of waiting until it was safer with the passage of campus concealed carry laws. As the National Rifle Association (NRA) said in its review of Smith’s antics: “The message Smith actually conveyed … raised questions about his own ability to interact respectfully with people whose opinions and ideology diverge from this own.”

Concealed Carry danger firearms First Amendment foolishness Free Speech Freedom guns ideology National Rifle Association reality rights Second Amendment weapons
This entry was posted on Tuesday, August 15th, 2017 at 5:32 am and is filed under Education, Second Amendment. You can follow any responses to this entry through the RSS 2.0 feed. Both comments and pings are currently closed.
Many of the articles on Light from the Right first appeared on either The New American or the McAlvany Intelligence Advisor.