Maduro’s Revolution Is Eating Its Own

This article appeared online at TheNewAmerican.com on Monday, August 7, 2017: 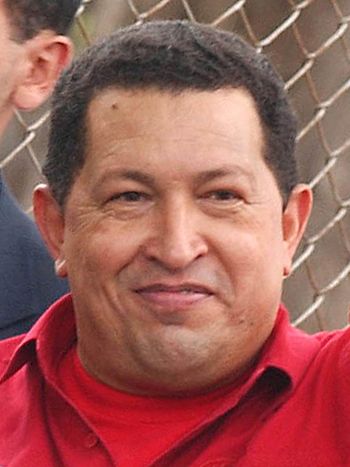 Following the typical historical pattern of socialist takeovers, the Venezuelan National Constituent Assembly (NCA) replaced the duly elected National Assembly on Friday, opening the ceremony with a speech from a Cuban communist guerrilla, followed by a speech reflecting a total disconnect from reality, and ending with giving the boot to a former Chavista who has in recent months become an embarrassment.

Reiterating the theme that the United States, and especially President Donald Trump, is responsible for Venezuela’s troubles, Fernando Soto Rojas, a Cuban-trained guerilla, opened the meeting of the NCA, shouting, “Yankee imperialism has not been able to stop the march of the people!”

The NCA then appointed Maduro’s foreign minister Delcy Rodriguez as head of the new body. Her total disconnect from reality was exposed by her claim that “There is no hunger in Venezuela. There is only will. There is no humanitarian crisis in Venezuela — only love.”

As has been reported in The New American and elsewhere, Venezuelans aren’t able to live on love. The country lacks nearly every kind of medicine and prescription and over-the-counter drug that the people need, resulting in babies dying within days of being born. Those needing medical care must bring with them the medicines and drugs and bandages they need as the hospitals don’t have them. An estimated 15 percent (one out of every seven) of the country’s population rely on eating garbage in order to survive, while three out of four have lost an average of 19 pounds of their body weight thanks to their inability to find enough food to feed themselves. Those few who still have a sense of humor refer to the country’s straitened nutritional condition as the “Maduro diet.”

The next order of business facing the NCA was ridding itself of a Chavista who in recent months had the temerity to suggest that Maduro’s decision to replace the country’s present national assembly with one populated by 545 of his own chosen people was unconstitutional. Luisa Ortega Díaz was appointed by the National Assembly back in 2007 to the position of prosecutor general. She helped then-president Hugo Chávez consolidate his power and was reappointed for another six-year term in 2014. But when Chávez’ successor, bus-driver-turned-tyrant Nicolás Maduro, ordered a special election to replace the national assembly with one of his own choosing, she started complaining. Ortega Díaz knew what was likely to happen by making waves, but when her daughter and grandson were kidnapped by Maduro’s people, it stiffened her resolve to oppose Maduro.

A month ago, when the Maduro-packed Supreme Court announced that it would conduct a preliminary hearing on whether to suspend her for her insubordination, Ortega Díaz refused to attend, declaring, “I won’t recognize any decision made by these illegitimate judges!”

A few days after the phony election that put in place Maduro’s NCA, she told the press, “If they remove me, I’ll keep fighting for human rights and democracy. I can’t permit my country to become a dictatorship.” Putting aside the enormous irony of that statement for the moment, the question of just how she intends to pursue that “fight” remains. The Supreme Court, following that hearing, placed a freeze on her personal assets, and ordered her to stay in the country while its investigation continued.

On Saturday, hundreds of Maduro’s storm troopers surrounded Ortega Díaz’s office to keep her from entering. “My office has been taken over by public security forces, including national guards and policemen, between 400 and 500 troops. We still don’t know how many of our employees are inside. They’re not permitting us to go in, or anyone to go out,” she said.

The attack comes because of the attitude I have assumed in defense of human rights and democracy. Because the government has committed serious violations, including arbitrary detentions, torture, cruel [and] inhumane treatment, the use of military justice to judge civilians and the planting of evidence…. We are just a tiny sample of what comes to anyone who dares to oppose the totalitarian way of governing. I will continue fighting for Venezuelans, for their liberties and rights, until my last breath.

There are more than 620 political prisoners being held in Venezuelan jails, with more on the way. With Ortega Díaz out of the way, Maduro’s thugs are concentrating on rounding up dissident mayors of states which have resisted Maduro. Once that task is complete, the NCA’s attention will be focused on completing the socialist revolution that Chávez and Maduro started. As Isaias Rodriguez, the NCA’s new vice president, explained: “To live you have to eat, and today eating is very dependent on big corporations and their distribution networks. We have to make decisions on that matter.”

Translation: Maduro’s new NCA is planning on doing with what’s left of Venezuela’s private market what it has already done to its state-owned oil company. Thanks to politicians and Maduro cronies running PdVSA, the country’s energy producer is running at only about 30 percent of capacity.

Ironically, the old National Assembly plans to meet on Monday in the same building as Maduro’s new illegitimate one — separated by an ornate cobblestone courtyard. That should make it easier for Maduro’s thugs to arrest them and add to the numbers of his opponents already jailed for political reasons.

That’s how it works. A socialist revolution is built on the backs of willing traitors and useful idiots, and then turns on those who assisted its ascension to power. This is a lesson from history that Luisa Ortega Díaz is just now learning.

attack communist Constitution dictatorship jail justice Military politician power prison reality rights Supreme Court thug unconstitutional violations
This entry was posted on Tuesday, August 8th, 2017 at 5:43 am and is filed under Uncategorized. You can follow any responses to this entry through the RSS 2.0 feed. Both comments and pings are currently closed.
Many of the articles on Light from the Right first appeared on either The New American or the McAlvany Intelligence Advisor.