Chicago Ahead of Last Year in Gun Violence

This article appeared online at TheNewAmerican.com on Tuesday, August 1, 2017: 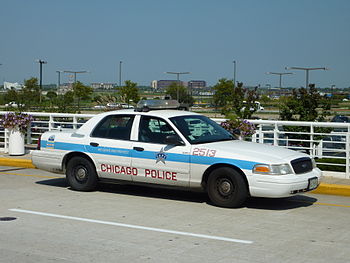 As of 11 p.m. Monday night, the last day of July, Chicago gun violence is ahead of last year, which was the deadliest in the last 20 years. Citywide, the homicide total was 409, with 74 killed in July alone.

Chicago Police Department officials expressed frustration despite having put “additional resources” on the streets in the areas where most of the shootings are taking place. Over the long July 4 weekend, CPD put out an additional 1,300 officers, with department spokesman saying, “I don’t think lack of resources was an issue.”

Put another way, the chances of being wounded or killed in Chicago is more than 160 out of every 100,000 people in a year. More people are being killed or wounded by gunfire in Chicago than in New York City and Los Angeles combined, which have much larger populations.

Some are taking comfort that there are cities with even higher chances of being killed or wounded, such as Detroit where the ratio is a heart-rending 179 per 100,000. Others find it convenient to blame the proliferation of guns. In May, Atlanta Black Star reported that Nicholas Johnson, professor of law at Fordham University’s School of Law, admitted that he just didn’t know what’s behind the rise in gun violence:

The truth of the matter is that we just don’t know what is behind the gun violence. Each popular theory — from single-parent families to economic disparity to sheer boredom — either has been disproved or does not have enough evidence to support it.

So the Star reverted back to the popular disingenuous homily that guns are at fault, especially those available on the street from family members, friends, theft, or through black market deals. It reported:

A large component of the proliferation of illegal guns on the streets is the lack of effective control of gun trafficking.… Without effective gun control, weapons cannot be kept out of the hands of those who should never have access to [them].

The best answer to the reason behind the increased gun violence comes not from anti-gun pontificators with an agenda but from the police officers themselves. Despite “increased resources,” the real reason for the jump in Chicago’s gun violence is the Ferguson Effect: the increasing unwillingness of officers on the scene to intervene for fear of reprisals and bad publicity.

Heather Mac Donald spelled it out for those willing to look past their prejudices and preconceptions in her book The War on Cops: “Chicago officers have cut back drastically on proactive policing under the onslaught of criticism from the Black Lives Matter (BLM) movement and its political and media enablers.” The consequences are predictable: “Criminals are back in control and black lives are being lost at a rate not seen for decades.”

What is the agenda of BLM and its enablers? It bears repeating: the failure of local police is used to bring pressure from citizens fearing for their safety to call for federal help. That’s a siren call that’s hard to resist. Before the start of the long four-day Independence Day weekend, President Trump tweeted: “Crime and killings in Chicago have reached such epidemic proportions that I am sending in Federal help.”

That federal “help” leads to federal “studies” concluding that local police are behaving badly and must now conform to federal “rules” and “guidelines,” with federal oversight to enforce them. What law-enforcement officer would venture forth into a potentially dangerous environment if he knew that not only his life might be at stake but his career as well?

It’s no wonder that the CPD, despite “increased resources,” is frustrated. They aren’t being allowed to do their job, and the criminal element is reacting accordingly. Until those restrictions are removed, gun violence in Chicago and elsewhere is likely to continue to set the worst sort of records.

consequences Crime Gun Control guns media truth violence War
This entry was posted on Wednesday, August 2nd, 2017 at 5:36 am and is filed under Crime, Politics. You can follow any responses to this entry through the RSS 2.0 feed. Both comments and pings are currently closed.
Many of the articles on Light from the Right first appeared on either The New American or the McAlvany Intelligence Advisor.