Illegal Immigration: the Existential Threat to a Nation

This article was published by The McAlvany Intelligence Advisor on Friday, July 28, 2017: 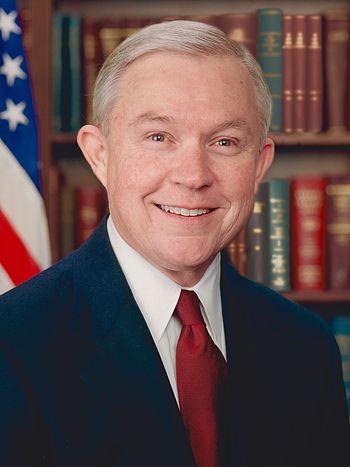 Tom DeWeese uncovered a chilling example of the intentions of those entering the United States illegally. DeWeese, author of several books and an unabashed defender of national sovereignty, quoted this from the Chicano Student Movement of Astlan (MEChA), a group which intends to “reconquer” the American southwest:

MEChA’s founding principles state: “In the spirit of a new people that is conscious not only of its proud historical heritage but also of the brutal gringo invasion of our territories, we, the Chicano inhabitants and civilizers of the northern land of Aztlan from whence came our forefathers, reclaiming the land of their birth and consecrating the determination of our people of the sun, declare that the call of our blood is our power, our responsibility, and our inevitable destiny…. Aztlan belongs to those who plant the seeds, water the fields, and gather the crops and not to the foreign Europeans….

This matches the opinion of the past president of The John Birch Society, John R. McManus, regarding the danger of so-called “sanctuary cities”:

[Sanctuary cities] constitute a thumbing of the nose at legitimate laws designed to thwart unlawful immigration. If the entire nation adopted sanctuary policy, there would soon be no nation, because, as history has shown, a nation without control of its borders soon ceases to be independent.

This puts arguments favoring sanctuary cities into proper perspective: either adherents are ignorant of history, or they know full well exactly what they are doing.

It also explains why ratcheting up pressure on sanctuary cities by the Trump administration is so critical. Said Trump’s AG, Jeff Sessions (shown above), on Tuesday:

So-called “sanctuary” policies make all of us less safe because they intentionally undermine our laws and protect illegal aliens who have committed crimes.

This is what the American people should be able to expect from their cities and states, and these long overdue requirements will help us take down MS-13 and other violent transnational gangs, and make our country safer.

On the same day President Trump echoed and emphasized Sessions’ position in a speech to supporters in Youngstown, Ohio. Trump spent time describing graphically what some violent gang members who are in the U.S. illegally are doing to their kidnapped young female captives before killing them:

These are the animals that we’ve been protecting for so long. Well, they’re not being protected any longer, folks. And that is why my administration is launching a nationwide crackdown on sanctuary cities.

Trump is using the biggest hammer he can find: grant funds from Byrne Justice Assistance Grant program which disperses upwards of $400 million annually to local municipalities to help their law enforcement efforts. He and Sessions have announced that those sanctuary cities refusing to notify ICE agents that within the next 48 hours they’ll be releasing a potential illegal alien from jail for crimes committed locally, the funds will be cut off starting next year. Sessions also wants those cities to allow DHS agents into their jails to interview the suspects to see if they are in the U.S. illegally.

Austin, Texas has already announced that it is having a change of heart, as so much of their law enforcement budget is provided by the Byrne JAG. Others, however, are pushing back, claiming federal overreach and interference with local criminal investigations. It seems that some illegals aren’t as willing as they used to be to provide information for those investigations, as they might also be found to be here illegally and deported.

None of those arguments hold water, as McManus noted. In an editorial published by The New American, McManus reviewed the case for “Kate’s law,” which was proposed after Kate Steinle was killed by an illegal immigrant, Juan Francisco Lopez-Sanchez, in July 2015. Wrote McManus: “Lopez-Sanchez was in San Francisco because the city had declared itself a “sanctuary city” … [he] was a known drug dealer who had been convicted three times in the state of Washington of felony heroin possession. He had amassed seven felony convictions total, but was still free to roam the country after his latest illegal entry.”

That argument for Kate’s Law is good as far as it goes. What is missing from most of the supposed enlightened conversation about illegal immigration is that those trespassing don’t intend to assimilate, but to build their own cultures here in the United States. This is what Leo Hohmann found out when interviewing Somali students in one of the most heavily infiltrated states in the country: Minnesota. When asked “Would you rather live in America or Somalia?” Hohmann recorded his response:

“I’d rather to live in a Muslim country with my people,” the young man with the Brooklyn Nets cap said without hesitation. “I’m not Americanized. I just speak fluent (English) and I’m articulate, and I can articulate what I’m trying to say. That’s about it. But as far as that my culture and my preferences and everything, it’s still Somali, you know what I mean?”

Yes, those familiar with the real risk facing America know exactly what he means.

The New American: Sanctuary Cities: an Invitation for Criminals

The Washington Times: How the Justice Dept. is forcing sanctuary cities to cooperate with immigration agents

Crime danger Illegal Immigration invasion John Birch Society justice politics Sovereignty The New American threat
This entry was posted on Saturday, July 29th, 2017 at 5:26 am and is filed under History, Politics. You can follow any responses to this entry through the RSS 2.0 feed. Both comments and pings are currently closed.
Many of the articles on Light from the Right first appeared on either The New American or the McAlvany Intelligence Advisor.