This article appeared online at TheNewAmerican.com on Tuesday, July 24, 2017: 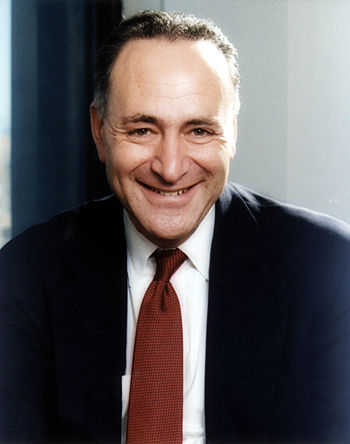 A closer look reveals old, tired, stale, and tasteless ideas of a party that not only has lost its way, but has lost a majority of Americans along the way. A recent Washington Post/ABC News poll revealed that 52 percent of those polled said the Democrat Party “just stands against Trump,” while barely more than a third said the party “currently stands for something.”

But with the 2018 elections bearing down on the party out of power, it is moving to clarify exactly what it stands for, hoping to reengage and reactivate voters lost to Trump in 2016. The chances of regaining the House are marginal: The party needs to gain 24 new seats there (and keep all the seats they currently have) just to reach the 218 votes for a majority. And the Senate, for all intents and purposes, is a lost cause, with 25 seats currently held by Democrats up for grabs, while only the Republican seats in Arizona and Nevada are expected to face a serious challenge by Democrats.

But Schumer forged ahead anyway, blowing the dust off old ideas in hopes that somehow, some way, they will reconnect with an electorate tired of bloated government and empty slogans.

Wrote Schumer: “Americans are clamoring for bold changes to our policies and our economy.” And that’s what they’re getting under Trump.

Schumer added: “They feel, rightly, that both systems are rigged against them.” That’s because, while the Democrats were in control, opportunities were missed, unemployment increased, small business startups stalled, and government mandates increased the costs of running a household.

But all that notwithstanding, Schumer moved on: “[Voters] made … clear in last year’s election [that] American families deserve a better deal.”

And that’s what they voted for last November. That better deal is not only being reflected in the nearly one million new jobs created under Trump, but consumer confidence just hit another new record high in June. And nothing needs to be said about investor confidence driving the stock market to new highs in anticipation of better things to come.

But Schumer continues to live in the past: “Americans believe they’re getting a raw deal from both the economic and political systems in our country. And they’re right.”

That’s why, for the last four elections, Americans have reduced the Democrat Party to minority status not only at the federal level, but on the state and local levels as well. Democrats are becoming pariahs, but Schumer is blind and deaf to the fact.

The solution? According to Schumer, it’s more of the same: “First, we’re going to increase people’s pay … by lifting the minimum wage to $15 and lowering household costs by providing paid family and sick leave.”

That’s going to put low-wage people out of work, and ensure that those at the lowest end of the pay and skill scale won’t even get a job. And those “paid” family and sick leaves will be paid mostly by small businesses, further reducing their incentive to invest, grow, and hire. Good job, Chuck!

Those would be the healthcare expenses, or tax penalties applied if they don’t purchase health insurance, that have in many cases more than doubled before ObamaCare.

“Third, we’re going to provide workers with the tools they need for the 21st-century economy,” he added.

What does he know about the 21st-century economy? What does anyone know about it until it happens? What remarkable hubris!

And exactly how is he — the government run by Democrats, that is — going to accomplish that? By revisiting previous Democrat plans that were put in place long before Schumer ever entered politics: the Carter-era Targeted Jobs Tax Credit; the 1980s Job Training Partnership Act; the Work Opportunity Tax Credit signed into law by Democrat President Bill Clinton in 1996; and the Obama-era HIRE ACT, signed into law in 2009.

Did they work? As the editorial staff at Investors Business Daily put it: “The problem is that none of these tax gimmicks has proved particularly effective at actually creating new jobs that businesses weren’t going to create anyway.”

But Democrats living in the past, and still holding jobs in Washington (at least until the next election), are buying into the old, stale, dried-out, tasteless, and ineffective proposals as something new and exciting. Take, for example, Representative Hakeem Jeffries, a Democrat from New York who remarked, “Republicans talk in headlines; Democrats speak in fine print. That ends this week. We’re going to make sure that we’re able to reach the American people in a clear and compelling fashion.”

One hopes Jeffries is right, for once. When they learn what the party stands for — and not against — it’s likely those American people will continue to turn away from the old, stale, dried out, and worthless ideas that Democrats have been hawking for years.

Bill Clinton Democrat Economy elections Healthcare hubris incentive Jobs Minimum Wage minority Obamacare penalties politics power Republican Small Business Stock Market Unemployment wage
This entry was posted on Wednesday, July 26th, 2017 at 5:16 am and is filed under Politics. You can follow any responses to this entry through the RSS 2.0 feed. Both comments and pings are currently closed.
Many of the articles on Light from the Right first appeared on either The New American or the McAlvany Intelligence Advisor.