This article appeared online at TheNewAmerican.com on Thursday, July 20, 2017: 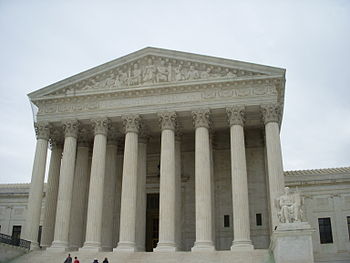 The Government’s motion seeking clarification of our order of June 26, 2017, is denied. The District Court order modifying the preliminary injunction with respect to refugees covered by a formal assurance is stayed pending resolution of the Government’s appeal to the Court of Appeals for the Ninth Circuit.

President Trump’s first ban, issued in January, resulted in chaos at the nation’s airports until it was blocked by the courts. The administration reissued the ban in March but that one was also blocked by the courts. In June the Supreme Court overruled lower courts’ decisions and allowed Trump’s ban to proceed, adding the proviso that his ban wouldn’t apply to people who have “a credible claim of a bona fide relationship with a person or entity in the United States.”

An Obama-appointed judge in Hawaii thought that the administration’s reading that that “bona fide relationship” only included spouses, children, parents, fiancés and fiancées was far too restrictive:

What the Supreme Court’s temporary order does is allow the Hawaii judge’s ruling to stand, for the time being.

The second paragraph of the Court’s order indicated that that time could be very short:

Justice Thomas, Justice Alito, and Justice Gorsuch would have stayed the District Court order in its entirety.

The Trump administration was also upheld in its ban on refugees and immigrants without family connections but who have a “formal assurance” from a resettlement agency, despite the Hawaii judge’s ruling to the contrary. Wrote the judge:

An assurance from a United States refugee resettlement agency … meets each of the Supreme Court’s touchstones: it is formal, it is a documented contract, it is binding, it triggers responsibilities and obligations, including compensation, it is issued specific to an individual refugee only when that refugee has been approved for entry by the Department of Homeland Security.

The Supreme Court tossed this, as noted in its order.

What’s ironic is that the Trump administration wanted a 90-day travel ban on refugees from Iran, Libya, Somalia, Sudan, Syria and Yemen, and a 120-day ban on everyone else. Since the Court is in summer recess, it won’t even be able to begin to hear arguments until the 10th of October. By that time the issue would be moot except for one thing: the White House wants to expand its travel ban to any country unable or unwilling to provide adequate “vetting” for its immigrants. The requirements include having electronic passports (or plans to issue them soon), an ability to report lost or stolen passports to Interpol, a willingness to share information about its citizens’ criminal backgrounds (if any) for those wanting to immigrate to the U.S., and providing those individuals with “identity documents” to allow immigration officials to vet them at the borders of the U.S. That could eliminate an estimated 17 additional countries from allowing its citizens to immigrate to the United States.

When that new expanded version of the Trump administration’s travel ban hits the major news media, it’s certain to be met with disdain, and more law suits. In a word, the war over security versus freedom to immigrate is far from over.

common sense Department of Homeland Security Donald Trump Freedom immigration Libya Obama Supreme Court the law
This entry was posted on Friday, July 21st, 2017 at 5:20 am and is filed under Politics. You can follow any responses to this entry through the RSS 2.0 feed. Both comments and pings are currently closed.
Many of the articles on Light from the Right first appeared on either The New American or the McAlvany Intelligence Advisor.