This article was published by The McAlvany Intelligence Advisor on Wednesday, July 19, 2017: 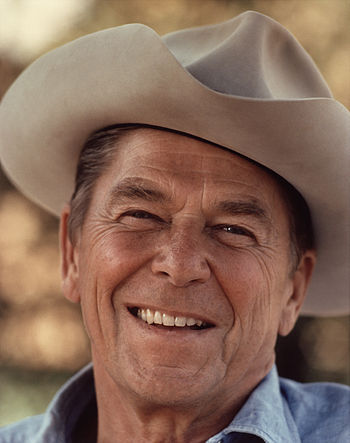 President Ronald Reagan enjoyed excoriating liberals and big government advocates not with spears but with honey:

We should measure welfare’s success by how many people leave welfare, not by how many are added.

Within the covers of the Bible are the answers for all the problems men face.

When you can’t make them see the light, make them feel the heat.

The most terrifying words in the English language are: “I’m from the government and I’m here to help.”

But the one for which the former president is best known is this:

Government’s view of the economy could be summed up in a few short phrases: If it moves, tax it. If it keeps moving, regulate it. And if it stops moving, subsidize it. (Emphasis added)

Democrats in Oregon, however, don’t take this as a criticism but as an opportunity. When Democratic Governor Kate Brown signs into law the latest bill designed to extract more billions from Oregonians, one of its provisions – the first in the nation – is to tax bicycles.

That’s right. In the state perhaps best known for its bicycle-friendly, pro-environment, pro-health point of view, the new law will tack on $15 to the purchase price of every new bike costing $200 or more, with wheels 26 inches in diameter or larger. As Jonathan Maus, the publisher of BikePortland, expressed it:

We are taxing the healthiest, most inexpensive, most environmentally friendly, most efficient, and most economically sustainable for of transportation ever devised….

Congrats to Oregon on its preposterous bike tax that accomplishes no discernible transportation goal except dampening demand for new bikes.

Some are calling this a “resentment tax” because the 10 cent-per-gallon tax increase mandated by Democrats last year (for road improvements, it was promised) left those riding their bikes to work free of the punishment.

Arguments to the contrary fell on deaf ears. Most bicyclists also own cars and buy gasoline. Bikes cause minimal wear and tear on roads. The new tax was de facto punishment for riding their bikes to work. Riding bikes is healthy and environmentally friendly. Taxing bikes will reduce demand for them, forcing more people to take their cars to work. The new tax would tarnish the state’s reputation as one of the most bike-friendly (almost ten percent of Portland’s commuters ride their bikes to work) and environmentally friendly in the country.

The problem is that common sense has, for all intents and purposes, been outlawed there. Oregon Republican Party Chairman Bill Currier noted that the bill reflects the desire of the Democratically-controlled legislature and governorship to find new ways to tax the state’s citizens. He particularly noted the governor’s “endless obsession with finding new and innovative ways to take money out of the pockets of Oregon taxpayers. She just continues to view the people of her state as nothing more than a piggy bank to fund her efforts to impose job-killing policies. Now add anti-healthy, environmentally-unfriendly policies to that list.”

Indeed, Oregon is a dark blue state, having voted Democratic in every presidential election since 1988. It boasts both Senators and four out of five Representatives as Democrats.

It also boasts a pitiful ranking of 41st place in the 2016 ALEC-Laffer State Economic Competitiveness Index, thanks largely to its towering personal and corporate income tax extractions from its populace.

The contrast with Utah, a nearby state, is striking. In that same ALEC study, Utah ranks #1, due partly to its tax-friendly environment. Its marginal tax rates are half those of Oregon’s. But it also reflects the vast difference in the political environment as well. Utah is the reddest of red states and the single most Republican-leaning state in the country in every presidential election from 1976 to 2004. It boasts Republican Senators (Orrin Hatch and Mike Lee) and three Republican representatives in Washington.

For those looking to get out from under, Utah has lots of bike lanes and trails.

Oregon Becomes the First State in America to Issue a Bike Sales Tax:http://www.wweek.com/bikes/2017/07/06/oregon-becomes-the-first-state-in-america-to-issue-a-bike-sales-tax/

Oregon just passed the only bike-specific tax in the country:http://www.oregonlive.com/pacific-northwest-news/index.ssf/2017/07/oregon_just_passed_the_only_bi.html

The Leftist politics of Oregon: https://en.wikipedia.org/wiki/Politics_of_Oregon

common sense Democrat Economy Environment health Income Tax law liberals politics Republican Ronald Reagan sales tax taxpayer
This entry was posted on Thursday, July 20th, 2017 at 5:38 am and is filed under Politics. You can follow any responses to this entry through the RSS 2.0 feed. Both comments and pings are currently closed.
Many of the articles on Light from the Right first appeared on either The New American or the McAlvany Intelligence Advisor.