This article was published by The McAlvany Intelligence Advisor on Friday, July 14, 2017: 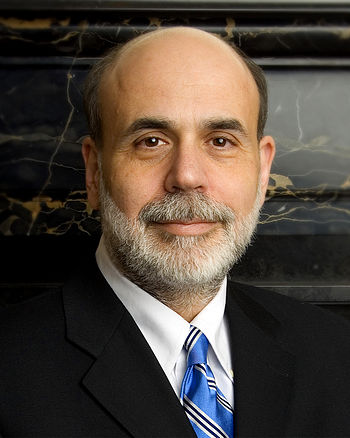 During a question and answer period following her talk at the British Academy in London on June 27, Federal Reserve Chair Janet Yellen was asked if there could possibly be a repeat of the 2007-2008 financial crisis. She answered:

I think the system is much safer and much sounder [today]. We are doing a lot more to try to look for financial stability risks that may not be immediately apparent, but to look in corners of the financial system that are not subject to regulation, outside those areas in order to try to detect threats to financial stability that may be emerging….

Would I say there will never, ever be another financial crisis? You know probably that would be going too far but I do think we’re much safer and I hope that it will not be in our lifetimes and I don’t believe it will be.

Historians will remember similar assurances from then-Fed Chairman Ben Bernanke just before the real estate crash that led to the financial crisis back in 2007:

At this juncture, the impact on the broader economy and financial markets of the problems in the subprime market seems likely to be contained. – Fed chairman, Ben Bernanke, Congressional testimony, March, 2007

On the surface, everything is coming up roses. The market averages are consistently hitting new highs, earnings are coming in stronger than expected, unemployment is at record lows with unemployment claims dropping, interest rates remain close to all-time lows, gas prices are putting tax-free bonuses into drivers’ pockets, and the Democrats’ attacks on Trump appear to be wearing thin, allowing his administration to proceed with installing his policies.

It isn’t what one knows, it’s what he doesn’t know that’s a cause for worry. Forecasting, it is said, is a very dangerous business. Actually, Yogi Berra said it best: “It’s tough to make predictions, especially about the future.” Combine excessive hubris with power, and forecasting takes on a whole new and much more dangerous cast. To think that Bernanke or Yellen or any of the other Keynesians at the Federal Reserve have any special inside window into the future is not only folly but is likely to prove costly.

It isn’t a perfect world, but to Wall Street investors it’s close. Add in earnings that are coming out this week, expected to exceed six percent gains compared to a year ago, and expectations that the president will succeed in breaking the logjam in Washington and begin to accomplish some of his policy objectives, and one has to wonder: just how high can the stock market go before it starts coming down?

The Dow Jones Industrial Average (DJIA) has set multiple records this year, notching its 21st 100-point rally on Wednesday to close at an all-time high of 21,532. As this is being written [Thursday] the Dow is 20 points higher than that.

The S&P 500 Index has set 42 new highs this year, and is likely to set another one today.

When forecasters get acrophobia, they justify their fear of heights by issuing warnings to others not similarly afflicted. Ryan Detrick, a senior market strategist for the LPL brokerage firm, suffers from such a phobia, and warned his investors on Wednesday:

In other words, history suggests we’ll likely see that 5% correction before the year is over.

So strong has the stock market’s performance been that, if Detrick is right, the Dow would fall more than 1,000 points. But that would only bring the Dow back to where it was in the middle of February. Big deal.

What is a much bigger deal is the price performance of Walmart stock. Many consider the company as a proxy for the economy as a whole because of its size. It employs 2.3 million in nearly 12,000 stores worldwide and generates revenues approaching half a trillion dollars. Since the election its stock price has increased by 30 percent.

But what’s notable is its price performance since the beginning of the Great Recession. Walmart stock hit a low of $44 a share on October 1, 2007. In the nearly ten years since that date, it has jumped by 70 percent, trading today at $75. As a proxy for the economy, Walmart’s stock’s performance tells the story of strength, expansion, and continued profitability.

It wasn’t a straight line from 2007 to the present, however. It’s instructive also to note that on January 1, 2015 WMT was selling at $87 share while on November 1, just 10 months later, it was selling at $59, a breathtaking decline of more than 30 percent.

Wall Street performance is always a mixture of hope and fear, ever “climbing a wall of worry.” Although the world is facing an enormous unserviceable amount of debt, with trouble in the Middle East and warmongering over North Korea, Wall Street has so far been able to shake off those worries and concerns.

But now that Yellen has tripped the “Bernanke indicator,” all bets are off. Relying on the opinion expressed by the most powerful person in the world – one infected with hubris, surrounded by sycophants, and supported by Keynesian analysts – is one way almost certain to inflict maximum economic and financial pain.

MarketWatch.com: The stock market may not be able to defy gravity for much longer

MarketWatch.com: Dow aims for another record as Yellen emboldens bulls

Yellen: Next Financial Crisis Hopefully Not ‘in Our Lifetimes’

History of the Great Recession/Financial Crisis of 2007-2008

Ben Bernanke Federal Reserve Gas Prices Great Recession hubris Interest Rates Keynesian S&P 500 Index Stock Market Unemployment Wall Street
This entry was posted on Saturday, July 15th, 2017 at 5:39 am and is filed under Uncategorized. You can follow any responses to this entry through the RSS 2.0 feed. Both comments and pings are currently closed.
Many of the articles on Light from the Right first appeared on either The New American or the McAlvany Intelligence Advisor.