This article appeared online at TheNewAmerican.com on Friday, July 7, 2017: 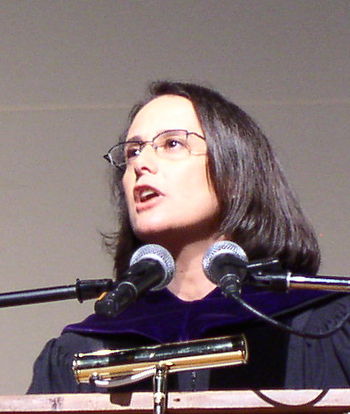 When House Speaker Michael Madigan finally engineered the override of Illinois Governor Bruce Rauner’s veto of his budget bill on Thursday, he called it a victory:

When legislators on both sides of the aisle looked beyond partisan differences [they] put the best interest of the state and our residents first.

The people in this chamber [which Madigan has ruled with an iron fist for decades] did not do what was easy today. But we did what was right for the future of our state.

The man apparently has a death wish for his state. The budget did nothing about insuring the future viability and financial integrity of the state, but instead took care of his labor unions and his teachers. And he just might have inadvertently set the stage for the state’s eventual recovery from Democrat control and its resulting madness.

That stage was set by Rauner’s comment following the override of his veto of Madigan’s bill: “Today was another step in Illinois’ never-ending tragic trail of tax hikes. Now, more than ever, the people of Illinois must fight for change that will help us create a brighter future.” Rauner has announced his plans to run for reelection in 2018.

The budget bill — the first that Illinois has had in more than two years — spends $36.1 billion, which is billions less than the state was spending as it operated on a pay-as-you-go basis during the budget hiatus. During those two years bills piled up: $15 billion owed to small businesses providing services to the state, along with the state’s unfunded pension liabilities, now estimated at a quarter of a trillion dollars.

It’s back to business as usual. Road contractors are back to work after being told to stop due to lack of funds to pay them. The Illinois Lottery announced that Mega Millions ticket sales have resumed, with Powerball tickets to go on sale again shortly.

And so will the borrowing. Dodging the “junk status” bullet threatened by both Moody’s and S&P Global credit rating agencies, the budget is not only expected to raise an additional $4 billion from hapless taxpayers (who pressured Republicans to hold the line against the tax increase by 10:1), but also to allow another $3 billion in borrowings to begin to pay down the stack of past due bills. In other words, the burden of carrying the profligate government by its suppliers will slowly be shifted onto the backs of taxpayers and bond mutual fund managers who remain unconcerned about the state’s still-precarious state.

Those Republicans who caved in at the last minute no doubt were pressured mightily by Madigan, whose track record of burying (politically speaking, of course) the bodies of his opponents is legendary. On Sunday, 15 of them voted for Madigan’s bill and, when it was vetoed by Rauner, 10 of them stayed the course and voted to override his veto.

They were full of excuses. Said Republican state representative Steven Anderson, “I believe it’s a historic day because it’s a day where we decide the fate of our state. Do we want to save it? Or do we want to let it go into meltdown?” He voted to override, perhaps not realizing the irony of his comment about the fate of the state: his vote, along with the nine other Republicans, all but guaranteed that the financial fate of Illinois is sealed.

Republican state representative Reggie Phillips cowered and backpedaled, explaining before he voted to override Rauner’s veto with this:

If I decide to press my button to override the governor, it doesn’t make me any less of a conservative Republican than the rest of the people standing here. It makes a person decide he has to vote for his district. He has to think about all the people in his district to the best of his ability.

Phillips is likely to discover that his district will have fewer voters over the next few years, as so many are already leaving the state. The tax increase built into the budget bill will cost every one of those of his constituents making $100,000 a year an additional $1200 every year.

Rauner got precious little of his demands met in the bill. It contains about $2.5 billion in spending cuts, some real and some imaginary. In the “real” category is a five percent across-the-board cut to most of the state’s agencies, and a 10-percent cut to higher education. In the “imaginary” category is an alleged $500 million “savings” that has been booked well in advance of changes in the state’s pension plans. Those changes allow new employees the option of participating in the present defined-benefit plan or the new 401(k)-style plan. But that part of the bill doesn’t specify an implementation date! So that change could take years to implement and more years before any such savings will show up.

With the veto override, the stage for a holy showdown is set for next year. Said Republican representative John Cavaletto (one of those who didn’t cave), “The more than one thousand calls, emails and Facebook messages I have received have been about 10-to-1 opposed to any more taxes. The message from my constituents has been loud and clear.”

With the next election just around the corner, and the real possibility that, despite the passage of the new budget bill, credit rating agencies might still reduce the state’s credit rating to junk, taxpayers may still retain enough anger at what Madigan did to them to replace the cowering waffling RINOs in Springfield with enough real limited-government advocates to begin the process of resurrection and renewal in their unhappy and heavily-tax-laden state.

Conservative Democrat liabilities Pension power Republican RINO Spending Taxes taxpayer teachers Unions
This entry was posted on Saturday, July 8th, 2017 at 5:43 am and is filed under Politics. You can follow any responses to this entry through the RSS 2.0 feed. Both comments and pings are currently closed.
Many of the articles on Light from the Right first appeared on either The New American or the McAlvany Intelligence Advisor.