Mayors Push Back Against National Reciprocity for Gun Owners 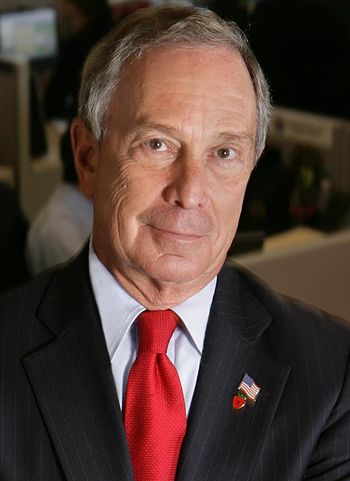 Such legislation is dangerous as it would damage state and local governments’ ability to craft gun laws appropriate to their needs; and … the goals of this legislation are completely antithetical to all of the efforts to reduce and prevent gun violence.

The resolution passed with just two of the mayors present voting no.

Contrary to this resolution, my bill to provide law-abiding citizens the right to carry concealed across state lines will not increase crime or violence. It is unfortunate that this group of mayors has decided to parrot the talking points of anti-Second Amendment crusader Michael Bloomberg who has vowed to spend [up to $25 million] to stop my bill instead of working to uphold the Constitutional right of all Americans.

That the sponsors of the mayors’ resolution have a different agenda in mind is evident from their extensive radical backgrounds available at DiscoverTheNetworks.com. For instance, Chicago Mayor Rahm Emanuel has five pages exposing the details of his leftist activities and connections. The website notes Emanuel’s history as a fundraiser for and an aide to former President Bill Clinton, as a former congressman from the 5th Congressional District of Illinois (where his voting record in the House earned him a Freedom Index rating of a mere 17 out of 100), and serving as President Obama’s chief of staff before becoming Chicago’s mayor in 2011.

New York City Mayor de Blasio has 22 pages dedicated to his radical background and connections, including his days as “an ardent supporter of Nicaragua’s Marxist Sandinista government” and detailing the radical activities of his parents who “most likely [were] members of the Communist Party USA.”

It hardly needs to be stated that their agenda has nothing to do with reducing gun violence but instead with disarming law-abiding citizens to pave the way for the eventual installation of a communist government in the United States.

Even the USCM has a radical history with a similar agenda. In June 1972 the leftist group of mayors adopted a resolution making clear exactly what that agenda is:

NOW THEREFORE LET IT BE RESOLVED that the United States Conference of Mayors takes a position of leadership and urges national legislation against the manufacture, importation, sale, and private possession of handguns…. [Emphasis added.]

In order to get there, the resolution called on its members to “educate the American public to the dangerous and appalling realities resulting from the private possession of handguns,” adding that legislation needs to be passed to “provide for the registration of all firearms” — a necessary precedent to national confiscation.

Lest the reader doubt, he need only refer to the The Communist Manifesto where Karl Marx calls for the “abolition of private property.” Or to see what other recent tyrants have said about the need to disarm the populace. Germany’s Nazi dictator Adolph Hitler declared: “The most foolish mistake we could possibly make would be to allow the subject races to possess arms. History shows that all conquerors who have allowed their subject races to carry arms have prepared their own downfall by so doing.” And Chinese communist dictator Mao Tse Tung: “All political power comes from the barrel of a gun. The communist party must command all the guns. That way, no guns can ever be used to command the party.”

At present Hudson’s bill has 200 co-sponsors in the House, while a companion measure in the Senate has 37 co-sponsors.

Bill Clinton communist Concealed Carry Constitution dictator firearms Germany guns Karl Marx Michael Bloomberg Obama Private Property radical Second Amendment War
This entry was posted on Monday, July 3rd, 2017 at 3:48 pm and is filed under Politics, Second Amendment. You can follow any responses to this entry through the RSS 2.0 feed. Both comments and pings are currently closed.
Many of the articles on Light from the Right first appeared on either The New American or the McAlvany Intelligence Advisor.