This article appeared online at TheNewAmerican.com on Thursday, June 29, 2017: 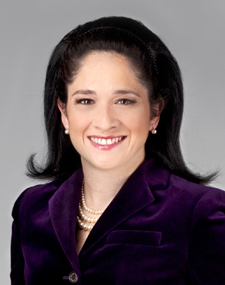 Despite the clock’s ticking on the downgrade of Illinois’ $25 billion of indebtedness to junk status on midnight Friday, investors remain complacent. True, some mutual funds have offloaded $2 billion of Illinois debt in the last few months, but the Wall Street Journal provided salve to investors’ concerns that those remaining invested will be badly hurt. Unnamed analysts, wrote the Journal, “predict prices would drop only a few cents in the event of a junk downgrade.” They noted that Vanguard Group has $1.2 billion of Illinois bonds spread across seven of its bond mutual funds, with a company spokesman saying that it is “comfortable with the risk/reward” of investing in the state’s bonds.

Besides, various Illinois state officials have said that interest payments on those bonds are not in jeopardy as “they are their No. 1 priority.”

The only problem with this sanguine outlook come Saturday morning is mathematical reality. Courts have ruled that the state must continue to fund completely the state’s pension plans, which are presently underfunded by an estimated $130 billion. Courts are about to declare that the state must fully fund its Medicaid liabilities as well. At present, Illinois is billions of dollars behind in paying Medicaid providers’ bills and lawyers pressing the point are demanding that a court instruct the state to start paying $550 million a month immediately to keep current on new bills and begin to pay down the backlog. But, according to Illinois State Comptroller Susana Mendoza (shown), “there’s only about $75 million in extra cash available” to go toward paying those bills.

Buried in the Journal’s balm for investors is this nugget: Illinois’ “state general obligation (GO) debt is considered safe because states have broad power to tax and lack the legal ability to declare bankruptcy.” (Emphasis added.)

So, investors in Illinois’ debt are taking comfort in the simple fact that, no matter what happens in Springfield, the state’s capitol, in the run-up to Friday night’s deadline, the state’s taxpayers will ultimately be saddled with the consequences of decades-long mismanagement, political corruption, and overspending in the Land of Lincoln.

Those consequences are already being felt. General contractors working on the state’s roads have been told to cease all new construction as the state doesn’t have the funds to pay them. On Wednesday night the Illinois Lottery stopped selling Powerball tickets, and at 9:45 p.m. Friday it will stop selling Mega Millions tickets. It’s not because they don’t profit from these sales; it’s because the legislation allowing them to continue is caught in the crossfire between Governor Bruce Rauner and House Speaker Michael Madigan. In the meantime that $90 million of annual profit to the state from those ticket sales will disappear.

Five of the state’s universities’ debt obligations are already rated as junk as funding from Springfield has been cut, with little on the horizon to suggest it will be restored soon. Those schools and the state itself will face even higher interest rates and some sources of funding will be restricted or eliminated altogether thanks to the downgrade.

The standoff is more political than economic. Governor Rauner promised that he would cut government spending, revamp the state’s pension system, impose term limits, and weaken public employee unions. He promised to pass right-to-work laws and ban union political contributions, saying that “government unions should not be allowed to influence the public officials they are lobbying … through campaign contributions and expenditures.”

Rauner also promised to place a cap on property tax increases, and cut the state’s personal and corporate income taxes.

Madigan, on the hand, has seen Rauner as a threat to business as usual, and has successfully blocked nearly all of Rauner’s initiatives. And any bills that he allows to come to the House floor contain provisions that he knows Republicans can’t support in order to provide “cover” for his Democratic members on hot-button issues while also using those votes as political fodder to attack Republicans.

Even after Rauner gave up on some of his demands — the Wall Street Journal called his offer a “capitulation” — Madigan wants still more. For example, Rauner is pushing for a four-year statewide property tax freeze in exchange for raising the state’s income tax for four years. Madigan, however, doesn’t want the freeze to apply to property taxes that are used to pay pension plan contributions for police and firefighters.

Any last-minute, late-night negotiations or legislative extensions are being compromised by attack ads already clouding attempts at arriving at a budget agreement. Rauner is running for re-election in 2018 and millions of out-of-state Democrat dollars are painting him as obstructionist and calling him Governor Junk. Rauner is responding in kind.

A good bet is that Friday’s midnight deadline will come and go without an agreement, S&P Global will downgrade the state’s debt to junk as it has promised, and the state’s finances will continue to crater. Beyond that, there is little clarity. Congress could come to the rescue with a bailout or guarantee of Illinois’ bonds (although there is nothing on Washington’s agenda proposing that), or indirectly by allowing the state to declare bankruptcy. What is clear is that the Wall Street Journal did get it right: No matter how it is resolved, both Illinois and U.S. taxpayers will once again bear the burden and pay the price.

Bankruptcy consequences Corruption Democrat Interest Rates liabilities Medicaid Pension reality Republican Spending Taxes taxpayer underfunded Unions Wall Street
This entry was posted on Friday, June 30th, 2017 at 5:15 am and is filed under Economics, Politics. You can follow any responses to this entry through the RSS 2.0 feed. Both comments and pings are currently closed.
Many of the articles on Light from the Right first appeared on either The New American or the McAlvany Intelligence Advisor.