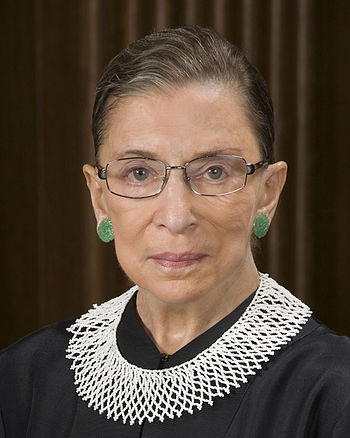 That was the problem faced by Edward Peruta back in 2009. A citizen of San Diego, his application for a concealed weapons permit was turned down because the law stated he had to show the local sheriff “good cause” why he needed such a permit. Strict interpretations of that law impelled Peruta, with the help of numerous public-interest law firms and pro-gun groups, to sue. His case wended its way through the courts, winding up on the docket of the 9th Circuit of Appeals. A panel of three judges ruled in Peruta’s favor, but a full court hearing reversed, and Peruta appealed. On Monday, the Supreme Court let stand that court’s decision that the “2nd Amendment does not preserve or protect a right of a member of the general public to carry concealed firearms in public.”

It takes four Supreme Court justices to consider a lower court’s ruling, and, despite the addition of Justice Neil Gorsuch to the bench, just one other justice could be found to vote to take the case. Gorsuch concurred in Justice Clarence Thomas’ dissent that criticized the majority for its continuing reticence to put the matter to rest once and for all.

Thomas’ dissent should be required reading for everyone concerned about how precious rights are abrogated through denial. Wrote Thomas:

At issue in this case is whether that guarantee protects the right to carry firearms in public for self-defense. Neither party disputes that the issue is one of national importance, or that the courts of appeals have already weighed in extensively. I would therefore [have granted] the petition for a writ of certiorari.

California generally prohibits the average citizen from carrying a firearm in public spaces, either openly or concealed. With a few limited exceptions, the State prohibits open carry altogether. It proscribes concealed carry unless a resident obtains a license by showing “good cause,” among other criteria….

In the county where petitioners reside [San Diego], the sheriff has interpreted “good cause” to require an applicant to show that he has a particularized need, substantiated by documentary evidence, to carry a firearm for self-defense. The sheriff’s policy specifies that “concern for one’s personal safety” does not “alone” satisfy this requirement….

Instead, an applicant must show “a set of circumstances that distinguish the applicant from the mainstream and cause him to be placed in harm’s way. [A] typical citizen fearing for his personal safety — by definition — cannot distinguish himself from the mainstream.” As a result, ordinary, “law-abiding, responsible citizens,” [as quoted from the Supreme Court’s decision in District of Columbia v. Heller], may not obtain a permit for concealed carry of a firearm in public spaces.

Consequently, with California’s injunction against open carry, and San Diego’s injunction against concealed carry, citizens are, wrote Thomas, “unable to bear firearms in public in any manner.” He added, “I find it extremely improbable that the Framers [of the Constitution] understood the Second Amendment to protect little more than carrying a gun from the bedroom to the kitchen.”

Thomas came close to putting his finger on why the present majority doesn’t want to take cases like Peruta: fear of giving Second Amendment supporters a clear victory that anti-gun members of the court want to avoid. Thomas noted that the 9th Circuit focused only on the specific term “good cause” and left out consideration of the much broader, much more important, and to the majority, much more dangerous, proposition: “The approach taken by the [9th Circuit Court] is indefensible, and the [present] petition raises important questions that this Court should address.… Had the Ninth Circuit answered the question actually at issue in this case, it likely would have been compelled to reach the opposite result.”

Thomas backed off a little, applying a little persuasion to the majority, despite its decision not to review: “Even if other Members of the Court do not agree that the Second Amendment likely protects a right to public carry, the time has come for the court to answer this question definitively.”

That time is surely coming. Time, circumstances, and momentum are all on the side of the Second Amendment’s enforcement. With Gorsuch beating the first path through the snow onto the bench, there are three other members of the majority who, by the passage of time or inclination, could be replaced during the Trump administration: Anthony Kennedy (age 81), Ruth Bader Ginsburg (age 84), and Stephen Breyer (age 79). Indeed, rumors are circulating that Kennedy might just opt off the bench at the end of the present term.

In addition, nearly one out of 10 Americans already have concealed-carry permits across the land, and momentum is growing to pass the national reciprocity bill, which would obviate and neuter California’s efforts to suppress its citizens with egregious infringements of their rights. Further, it’s likely that, just as in Connecticut (where onerous anti-gun legislation is being largely ignored by vast swaths of gun owners), Californians are likely to consider the 9th Circuit’s ruling — and by extension, its tacit approval by the Supremes — as irrelevant when it comes to providing personal protection, and continue to carry concealed anyway. After all, if they are carrying concealed, who will know?

Along with these salient realities is the determination of pro-Second Amendment groups to continue the fight to the highest court. Said the NRA’s Chris Cox after learning of the court’s decision to let the lower court’s decision to stand, “We look forward to a future Court’s affirming that the right to keep and bear arms is as much a part of our Constitution as the other enumerated rights that it protects. We will not stop fighting until a future Court affirms this fundamental right.”

Following Monday’s disappointment, one of Peruta’s lawyers said, “Our plan is to get [another] case to the Supreme Court as soon as possible. Peruta was one of the cases that we saw as a vehicle for that. But we didn’t put all our eggs in this basket.”

The bankruptcy of argument against the Second Amendment was evident with comments following the court’s decision by California’s Attorney General Xavier Becerra. His nonsensical rejoicing confirms the firm foundation of arguments in favor of the Second Amendment: “[It’s] welcome news for California and gun safety everywhere. It leaves in place an important and common-sense firearm regulation, one that promotes public safety, respects 2nd Amendment rights and values the judgments of sheriffs and police chiefs throughout the state on what works best for their communities.”

Justice Thomas ended his dissent with this: “For those of us who work in marbled halls, guarded constantly by a vigilant and dedicated police force, the guarantees of the Second Amendment might seem antiquated and superfluous. But the Framers made a clear choice: They reserved to all Americans the right to bear arms for self-defense. I do not think we should stand by idly while a State denies its citizens that right, particularly when their very lives may depend on it. I respectfully dissent.”

Time is working in favor of the Second Amendment’s full appreciation by the highest court, despite Monday’s temporary setback.

Anthony Kennedy Clarence Thomas Concealed Carry Constitution firearms justice law legislation NRA pro-gun Ruth Bader Ginsburg Second Amendment Stephen Breyer Supreme Court weapons
This entry was posted on Wednesday, June 28th, 2017 at 5:34 am and is filed under Politics, Second Amendment. You can follow any responses to this entry through the RSS 2.0 feed. Both comments and pings are currently closed.
Many of the articles on Light from the Right first appeared on either The New American or the McAlvany Intelligence Advisor.