This article was published by The McAlvany Intelligence Advisor on Wednesday, June 21, 2017: 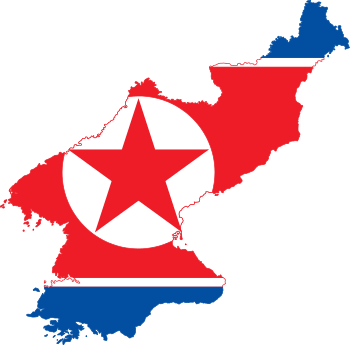 In Joshua Stanton’s Arsenal of Terror – North Korea, State Sponsor of Terrorism, prepared in 2015 for The Committee for Human Rights in North Korea, he summarizes the depths of depravity North Korea’s leaders have sunk to in order to oppress that sad country’s citizenry and threaten its neighbors:

North Korea’s sponsorship of terrorism is a threat to human rights in several regions of the world today, including the United States. It involves the sale or transfer of weapons to foreign terrorist organizations.

It involves threats to North Korean émigrés and refugees, and South Korean human rights activists, who have become targets for kidnapping and assassination by North Korean agents.

More recently, it involves threats to freedom of expression in the United States, and represents a growing threat to the safety of South Korea’s civilian population.

Otto Warmbier, a University of Virginia student who was detained by North Korea for a year and a half, was released to the US in a coma last week and died Monday. When Stanton learned that Otto Warmbier’s death was likely caused by oxygen deprivation and not botulism as claimed by his captors, he wasn’t surprised. An attorney with 18 years of both military and civilian experience in the “art” of North Korean torture techniques, and a frequent testifier before congressional committees about North Korea’s atrocities, Stanton wrote:

[B]y North Korean standards [Warmbier’s treatment] was entirely ordinary. [F]or North Koreans, brutality is an everyday fear, whether they’re market traders being extorted and beaten by corrupt MSS officers, women refugees who are beaten after being repatriated by China, women in Kangan Province who are raped by soldiers with impunity, or the child prisoners in places like Camp 16, where death rates may be as high as 20 percent each year….

Part of the regimen of brutality at North Korea’s “torture camps” includes immersing prisoners in water tanks up to their noses. In FoxNews.com’s story covering the matter, one female prisoner “indicated that she was fully immersed in cold water for hours. Only when she stood on her tiptoes would her nose be barely above the water level.” Added FoxNews, “It’s possible that drowning could have led to the kind of oxygen deprivation that Warmbier’s doctors are reportedly seeing.”

The doctors who examined Otto when he returned to the US uncovered evidence of the suffering Otto underwent at the hands of his North Korean captors. As Wikipedia summarized it:

Neurologist Daniel Kanter, director of the neurocritical care program at University of Cincinnati Medical Center, said on June 15 that Warmbier was in “a state of unresponsive wakefulness” – a condition commonly known as persistent vegetative state. He was able to breathe on his own, and blink his eyes, but otherwise did not respond to his environment.

Magnetic resonance imaging (MRI) revealed he had suffered extensive loss of brain tissue throughout his brain. Kanter stated that Warmbier’s brain injury was typical of a cardiac arrest that caused the brain to be denied oxygen.

Doctors also said that they did not find any evidence of physical abuse or torture; scans of Warmbier’s neck and head were normal outside of the brain injury. Doctors said they did not know what caused the cardiac arrest, but that it could have been triggered by a respiratory arrest, while a neurointensive care specialist at the hospital stated that there was no evidence indicating botulism.

Apparently this torture was inflicted on Otto during his first month of incarceration at one of North Korea’s infamous “torture camps,” putting him into this vegetative state until it was politically expedient, 17 months later, to offload him onto American doctors, long after there was any chance of his resuscitation.

The pain and grief suffered by Otto’s parents were apparent when they announced that he had died on Monday:

It is our sad duty to report that our son, Otto Warmbier, has completed his journey home. Surrounded by his loving family, Otto died today at 2:20 pm.

It would be easy at a moment like this to focus on all that we lost – future time that won’t be spent with a warm, engaging, brilliant young man whose curiosity and enthusiasm for life knew no bounds. But we choose to focus on the time we were given to be with this remarkable person. You can tell from the outpouring of emotion from the communities that he touched – [the city of] Wyoming, Ohio, and the University of Virginia to name just two – that the love for Otto went well beyond his immediate family.

They forgave the doctors who were unable to revive Otto despite heroic efforts:

We would like to thank the wonderful professionals at the University of Cincinnati Medical Center who did everything they could for Otto. Unfortunately, the awful torturous mistreatment our son received at the hands of the North Koreans ensured that no other outcome was possible beyond the sad one we experienced today.

President Donald Trump didn’t mince words, either, in his note of condolences to the grieving family:

Otto’s fate deepens my Administration’s determination to prevent such tragedies from befalling innocent people at the hands of regimes that do not respect the rule of law or basic human decency. The United States once again condemns the brutality of the North Korean regime as we mourn its latest victim.

For those with the stomach for it, there’s Camp 14: Total Control Zone, a 2012 German/South Korean documentary film that details, in horrific detail, some of the human rights abuses inflicted on one of the rare prisoners to escape the camp.

What Americans are seeing, many for the first time, is the total depravity of man (for Calvinists, that would be the T in TULIP) that exists in the world today. Otto’s death has pierced the thin veneer of civility that presently covers polite society and reveals man’s inhumanity to man when government is allowed to assume total control.

Inside Edition: Dad of Otto Warmbier Rips North Korea Over Son’s Treatment: ‘I Don’t Believe Anything They Say’

Documentary on one of North Korea’s infamous torture camps

doctor Donald Trump escape prison rights Terrorism terrorist
This entry was posted on Thursday, June 22nd, 2017 at 5:31 am and is filed under Crime, Politics. You can follow any responses to this entry through the RSS 2.0 feed. Both comments and pings are currently closed.
Many of the articles on Light from the Right first appeared on either The New American or the McAlvany Intelligence Advisor.