This article was published by The McAlvany Intelligence Advisor on Monday, June 5, 2017: 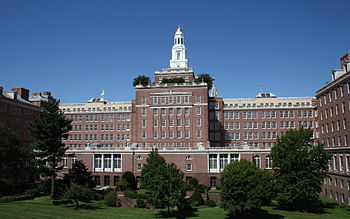 The state has a staggering deficit of more than $5 billion, home prices are about where they were a decade ago, unemployment is rising (not falling as it is elsewhere in the northeast), and big companies who have been there for decades are leaving.

What is going on? According to Chief Executive magazine, Connecticut is ranked 46th out of the 50 states, scarcely beating out such economic disasters as New Jersey, Illinois, New York, and California. Translation: it’s hard to do business in Connecticut, and there are much better opportunities elsewhere.

The Tax Foundation looked at all the taxes people and corporations pay in every state, including federal, state, and local income taxes, sales taxes, and real estate taxes, and calculated its “Tax Freedom Day” for each state and for the country as a whole. For 2017, Tax Freedom Day for the nation fell on April 23, a measure of how long, according to the Foundation, “Americans as a whole have to work in order to pay the nation’s tax burden.”

For Connecticut citizens, that day fell nearly a month later, on May 21.

Aetna, the $50 billion health insurer that has had its headquarters in Hartford, Connecticut since 1853, confirmed rumors that they were looking to move out of state last week. The company said “We are in negotiations with several states regarding a headquarters relocation, with the goal of broadening our access to innovation and the talent that will fill knowledge-economy type positions … and hope to have a final resolution by early summer.”

Losing Aetna’s flag is a hard blow for the state and for the greater Hartford region. As a state, we need to act boldly to change the things that need to change. Across the country, companies are locating in places where they can recruit top talent. We don’t have to be New York or Boston to be competitive, but we have to recognize that strong, fiscally-sound, culturally-vibrant metropolitan areas are keys to economic growth.

Neither Hartford nor the state itself qualifies. Last month, Connecticut’s Office of Fiscal Analysis was forced to reduce its estimates for 2017 and 2018 for income tax revenue, sales tax revenue, and corporate tax revenue. Combined with union pressures to increase its contributions to their pension plans, the state is now running a $5.1 billion deficit and consequently has suffered three recent credit downgrades. It hasn’t helped that in the past five years 27,400 Connecticut residents voted with their feet and moved to Florida, a no-income-tax state. And this calculation was done before Aetna’s departure was factored in, with that departure taking with it millions in revenues that the state was expecting to collect.

Aetna follows General Electric, which moved its headquarters from Fairfield, Connecticut to Boston last year, saying that it needed to be closer to talent available coming out of MIT and Harvard, as well as wanting to be surrounded by established and emerging tech firms and a younger workforce.

When U.S. News and World Report published its latest “Best States” report card, it found Connecticut in a surprising 12th position. A closer look reveals that U.S. News focused on everything except taxes, ease of doing business, and regulations. The report card considered health care, education, crime, infrastructure, opportunity, economy, and government. What it apparently failed to measure was just how all those public services were being financed.

It also failed to mention union influence, which has, through the state’s mandated collective bargaining rules, allowed teacher unions to demand and receive nearly a doubling of the state’s contributions to its pension plans since 2010, with an increase by another third over the next two years.

That explains why Hartford is shopping for bankruptcy attorneys to help them prepare for the inevitable.

To his enormous discredit, the state’s governor, Dannel Molloy, tried to place the blame for the state’s decline on the state’s legislature. In a letter he wrote last month to Aetna’s CEO, he blamed the company’s departure on the legislature’s determination to raise taxes in order to close that deficit:

As a huge Connecticut employer and a pillar of the insurance industry, it must be infuriating to feel like you must fight your home state policymakers who seem blind to the future. The lack of respect afforded Aetna as an important and innovative economic engine of Connecticut bewilders me.

Bewildered or not, it was during Malloy’s two terms as governor that he signed legislation raising taxes, including a massive hike on those making $500,000 a year or more. Now he wants to distract attention away from himself and blame Aetna’s departure on “those guys over there.”

What’s wrong with Connecticut? Too much government, too much welfare, too much union influence, and way too little concern about the taxpayer, both individual and corporate. For years, Molloy and his enablers have treated wealthy individuals and big companies like GE and Aetna as milk cows. Now, the cows are headed out of town, and out of reach.

Instead of asking “What’s wrong with Connecticut?” one might better ask Aetna “Why did you stay so long?”

Chief Executive magazine: 2017 Best & Worst States For Business    Connecticut is in 46th position out of 50

Bankruptcy Boston Collective Bargaining Deficit Education Freedom Health Care Income Tax Insurance Pension Regulations Taxes taxpayer Unemployment Unions welfare
This entry was posted on Tuesday, June 6th, 2017 at 5:18 am and is filed under Economics, Politics. You can follow any responses to this entry through the RSS 2.0 feed. Both comments and pings are currently closed.
Many of the articles on Light from the Right first appeared on either The New American or the McAlvany Intelligence Advisor.