This article was published by The McAlvany Intelligence Advisor on Monday, May 22, 2017: 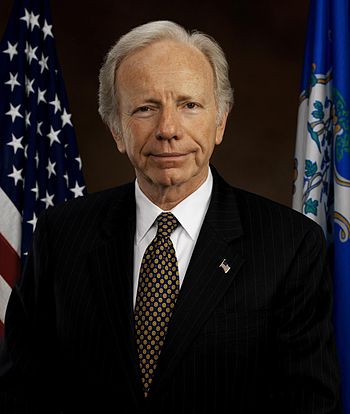 If it’s true that President Donald Trump, once the host of “The Apprentice,” knew what he was looking for in the game show, then it’s highly likely he had a profile of the perfect candidate for his FBI Director drawn up in detail well in advance.

The profile for the position of FBI Director would no doubt include many of the following traits. The new director would have to be:

A relatively young man (not a single women has served as director since 1908);

With a lot of law enforcement experience, preferably at the bureau itself;

With a good understanding of the Constitution, its powers and limitations, especially as it pertains to the right to keep and bear arms guaranteed by the Second Amendment; and

With a clean bill of health, physically, morally, and politically.

If this is so, then how did former liberal Democrat Senator Joseph Lieberman from anti-Second Amendment Connecticut get into the mix? His profile is significantly miles away from that profile:

He’s a true blue establishment type, having graduated from Yale University and Yale Law School, gaining both a BA and Juris Doctor in the 1960s;

He has essentially zero law enforcement experience, with the possible exception of being Connecticut’s state attorney general 30 years ago, from 1983 to 1989;

He has violated his Constitutional oath of office repeatedly over his four six-year terms in the Senate, scoring a dismal 9 points out of 100 possible in The John Birch Society’sFreedom Index; and

He has little use for the First Amendment, opposing vehemently the exercise of the right of free speech by Julian Assange and his WikiLeaks whistle-blowing website.

When Trump announced that he was “very close” to nominating someone for the position (his “soft target date” was Friday, the day he was to leave on his nine-day trip to the Middle East), and appeared to favor Lieberman for the position, pushback was immediate.

But not from the expected sources. The New York Times said Lieberman “would be an atypical choice to lead the F.B.I., whose agents prize the bureau’s independence … judges and former prosecutors … have frequently been chosen [instead].” Following a closed-door Democrat luncheon on Thursday, Senators Sheldon Whitehouse (D-R.I.) and Richard Durbin (D-Ill) also backed away from supporting Lieberman for Senate confirmation if he were nominated by the president.

Politico interviewed a number of Democrat senators for its story on Lieberman and noted that all of them “said the former Connecticut senator lacks the kind of experience needed for the post.” Sen. Claire McCaskill (D-Mo.) told Politico, “We need a law enforcement professional, not someone who’s run for [political] office. We don’t need anyone who’s put on a red shirt or a blue shirt, or who’s campaigned for president.” Lieberman was Al Gore’s vice-presidential nominee in 2000.

Sen. Chris Murphy (D-Conn.), who holds Lieberman’s old seat following Lieberman’s retirement after serving four terms in the Senate in 2013, said that Lieberman “has a history of angering Democrats and Republicans … but my concern is about someone with a political background. This is a moment for someone with a law enforcement background. It’s really important to restore people’s faith in the FBI.” Senate Minority Whip Dick Durbin (D-Ill) added, “We ought to stay away from political figures. All [his] voting history, all [his] party history, whatever it is, I would stay away from it [and] stick with the professionals.”

All by itself this pushback from Senate Democrats could spell the end of the confirmation process if Trump names Lieberman to the position. This would be remarkable as in the past nominations for the position sail through the Senate with nary a dissenting vote.

But there’s more. Much more. The John Birch Society has been tracking the voting records of elected representatives and senators for years, rating them based on their adherence to constitutional principles of limited government, fiscal responsibility, national sovereignty, and a traditional foreign policy of avoiding foreign entanglements. Based on his cumulative scores in the society’s Freedom Index from 1999 through 2013, Lieberman scored a dismal 9 out of 100 possible points. In other words, he voted in support of the Constitution to which he pledged fealty four times, fewer than one time out of ten. To put this into perspective, Lieberman’s voting record is far worse than that of radical leftist Keith Ellison, a member of the House from Minnesota and now serving as co-chair of the Democrat National Committee. Ellison has a Freedom Index rating of 25.

Not only is Lieberman no fan of the First Amendment, he also cares little for the Second. Lieberman has voted so consistently against the Second Amendment that he has received an “F” rating from both the National Rifle Association and Gun Owners of America. In an email to its members on Friday, GOA Chairman Tim Macy warned that “a leftist nominee [like Lieberman] will do a lot of damage to the Second Amendment.” Added Macy:

Lieberman’s record on guns is abysmal. He voted against legislation to allow law-abiding Americans to exercise their Second Amendment rights in parks, on trains, or in the District of Columbia.

As FBI director he would have an enormous influence over gun policy….

Trust us. No one who would be acceptable to [Senate Minority Leader Democrat Charles] Schumer would be any friend of the Second Amendment.

Lieberman comes from one of the most vicious anti-gun states in the union. So restrictive is the law that passed in 2013 that required every law-abiding owner of an AR-15 rifle to fess up and register it with the state that most of them didn’t bother. Of the estimated 350,000 rifles owned by the state’s citizens, less than 15 percent of them have been registered, turning between 20,000 and 100,000 of Connecticut’s gun owners into criminals. What stopped enforcement in its tracks was the discovery in March 2014 that two-thirds of Connecticut’s law enforcement officers had failed to register their own firearms under the new law.

One nice thing about Trump being away for nine days is that he can’t wreak any damage until he returns. Last week he not only interviewed Lieberman for the position (who left the interview giving a “thumbs up” to the press), but also interviewed Oklahoma Governor Frank Keating, Richard McFeely, a former top FBI official, and acting FBI Director Andrew McCabe before leaving. In addition Trump is still seeking to interview other applicants for the position with another possible contender being Adam Lee, a special agent in charge of the FBI’s Richmond, Virginia, field office.

This gives pro-Second Amendment groups like the GOA the time to galvanize its 650,000 members into flooding the White House with letters, emails and phone calls protesting Lieberman. That should be sufficient time for them to remind him of his campaign promises, forcing him to toss Lieberman back into the dustbin of history where he has been residing since he left the Senate in 2013.

The New York Times: Lieberman Is a Finalist for F.B.I. Director, Trump Says

CIA Constitution Democrat Donald Trump Establishment FBI firearms First Amendment Freedom John Birch Society Liberal National Rifle Association politics radical Second Amendment Senate Wikileaks
This entry was posted on Tuesday, May 23rd, 2017 at 5:30 am and is filed under Constitution, Politics. You can follow any responses to this entry through the RSS 2.0 feed. Both comments and pings are currently closed.
Many of the articles on Light from the Right first appeared on either The New American or the McAlvany Intelligence Advisor.