This article appeared online at TheNewAmerican.com on Friday, May 19, 2017: 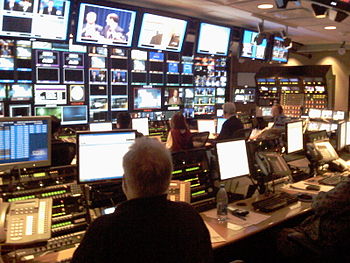 Thomas Patterson, Harvard’s Bradlee Professor of Government and the Press, opened his study of “News Coverage of Donald Trump’s First 100 Days” by noting not only that President Trump was the topic of more than 40 percent of all news stories during his first 100 days (three times the amount of press coverage received by previous presidents), but also that the coverage he received “set … a new standard for unfavorable press coverage of a president.”

What’s surprising isn’t Patterson’s conclusion, which readers of The New American likely agree with, but the source: the Harvard Kennedy School’s Shorenstein Center on Media, Politics and Public Policy. Heavily influenced for decades by the Council on Foreign Relations (CFR), Harvard would hardly likely be the source of a study showing and proving such mainstream media bias.

Nevertheless the 19-page study was released to the public on Thursday proving beyond all reasonable doubt that the mainstream media’s “fix” is in: to portray the 46th president of the United States in the worst possible light. Initially the mainstream media (MSM) was delighted to let Donald Trump take most of the headlines during his campaign for the Republican Party’s nominee. Wrote Patterson: “When he announced his presidential candidacy, journalists embraced him, and he returned the favor. Trump received far more coverage, and far more positive coverage, than did his Republican rivals.”

But following his nomination, and as his chances improved that he might actually win the presidency over the media’s favored candidate, the media changed its tone dramatically: “Only after he had secured the Republican nomination did the press sharpen its scrutiny and, as his news coverage turned negative, Trump turned on the press.”

In one of his tweets about media bias, Trump declared that “the election is being rigged by the media, in a coordinated effort with the Clinton campaign” and, as Patterson expressed it, “it’s been a running battle ever since.”

Initially Trump was “a journalist’s dream” wrote Patterson, adding that “reporters are tuned to what’s new and different, better yet if it’s laced with controversy. Trump delivers that type of material by the shovel full. Trump was also good for business. News ratings were slumping until Trump entered the arena.”

The MSM’s coverage during Trump’s first 100 days “was not merely negative in overall terms,” wrote Patterson, “[but] it was unfavorable in every dimension. There was not a single major topic where Trump’s coverage was more positive than negative.”

Some topics, such as Trump’s immigration policies, generated negative to positive ratios that exceeded 30-to-1. Coverage on healthcare reform and Russia’s alleged involvement were 87 percent negative, while MSM coverage of Trump’s appointees, his personal background, his foreign policy and defense positions “were at least 80 percent negative,” said Patterson.

It was all of a pattern, concluded Patterson: “When Trump’s category-by-category coverage was examined for each of the seven U.S. news outlets in our study, a consistent pattern emerged. The sources of Trump’s most and least negative coverage were similar for every outlet, except for Fox News.”

The sheer level of negative coverage gives weight to Trump’s contention … that the media are hell bent on destroying his presidency. As he tweeted a month after taking office, “The FAKE NEWS media (failing @nytimes, @NBCNews, @ABC, @CBS, @CNN) is not my enemy, it is the enemy of the American People!”

Patterson noted that “the media’s credibility is at a low ebb [because of] a belief that journalists are biased.” The Harvard study proves it.

But the study doesn’t dwell on the coordination of efforts by the media to destroy the Trump presidency with its evident bias. One must look elsewhere for that. One of the best sources for understanding the CFR’s control of the Washington establishment was penned by Professor James Perloff, author of The Shadows of Power: The Council on Foreign Relations and the American Decline, in an article appearing at TheNewAmerican.com. Another source exposing the CFR’s history of infiltrating the mainstream media is that provided by Ned Dougherty.

Thanks to the surprising revelations from Harvard’s Shorenstein Center there’s no longer any need to speculate about the media’s deliberate determination to destroy the Trump administration with their biased reporting, if they can. As Patterson was closing his analysis, he noted that the battle will continue for as long as Trump is in office:

The news media gave Trump a boost when he entered presidential politics. But a head-on collision at some point was inevitable. It’s happened, it isn’t pretty, and it isn’t over.

For those wishing to pursue the CFR’s influence, here are the links to the two articles mentioned:

Council on Foreign Relations credibility Donald Trump Establishment Foreign Policy Healthcare immigration Mainstream Media Media Bias press
This entry was posted on Saturday, May 20th, 2017 at 5:42 am and is filed under Crime, Politics. You can follow any responses to this entry through the RSS 2.0 feed. Both comments and pings are currently closed.
Many of the articles on Light from the Right first appeared on either The New American or the McAlvany Intelligence Advisor.