This article was published by The McAlvany Intelligence Advisor on Friday, May 19, 2017: 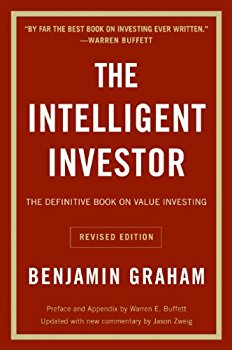 It’s almost too trite to say that the mainstream media engages in “fake news,” but its nearly unanimous claim that Wednesday’s selloff in stocks was due to Trump’s troubles borders on fake news. It certainly violates a primary rule of logic: post hoc, ergo propter hoc – after this, therefore because of this.

Here is a perfect, but certainly not the only, example. From Marketwatch one learns that “The sell-off came in the wake of a bombshell report in the New York Times that notes from fired FBI Director James Comey revealed President Donald Trump had asked Comey to stop the FBI’s investigation into fired National Security Adviser Michael Flynn’s ties to Russia.”

The tortured logic is this: Trump’s controversies, including those concerning Comey, are going to distract him and his administration from accomplishing many of the policy goals upon which the stock market was banking. Hence, the market will be disappointed.

Other MSM outlets lined up:

From NPR: Dow Jones Drops by 300 Points As Trump Remains Embroiled in Controversy

From CBC News: S&P/TSX sheds 269 points as stocks plunge amid uncertainty around Trump

Benjamin Graham, the father of value investing and author of The Intelligent Investor, had this to say about such claims: “The investment world … has enough liars, cheaters, and thieves to keep Satan’s check-in clerks frantically busy for decades to come.” He might have included journalists with an agenda unconnected to reality.

Putting things into perspective, the selloff was hardly earthshaking. Most stock indices have jumped nearly 15 percent since Trump’s election. Monday’s decline in the Dow was 1.8 percent. The NASDAQ, representing the stocks of companies in the tech sector, which had been setting new highs, was off 2.6 percent. These kinds of declines do not make it into the history books.

Precious little was said about the real reason behind Wednesday’s temporary and modest dip: earnings, present and future. The reality is that earnings have been very strong and earnings drive stock prices. In the first quarter, earnings growth among companies whose shares are included in the S&P 500 index clocked in at a stellar 13.6 percent. Earnings for three-quarters of those stocks exceeded Wall Street’s expectations, while nearly two-thirds had revenues that exceeded economists’ consensus. Furthermore, those earnings and revenues are expected to continue through the rest of 2017, though at a slightly slower pace.

Of course there are many things for investors to worry about. Wall Street is forever “climbing a wall of worry,” including at the moment the announcement from Ford that it is laying off workers as demand for its cars is declining. Dealers’ inventory lots are full of unsold cars. Auto loan lenders are putting aside reserves against the coming defaults from low-credit borrowers they have been funding. Margin debt hit a new high in January, another one in February, and still another one in March. The market’s overall P/E ratio is 30 percent above its long-term average.

There are many reasons behind Wednesday’s selloff, but Trump’s troubles isn’t one of them. Thursday’s rebound puts the lie to the MSM’s fake connection between the White House and Wall Street.

The Intelligent Investor: The Definitive Book on Value Investing. A Book of Practical Counsel by Benjamin Graham

Opinion from Howard Gold: The stock market sell-off is as much about earnings as it is about Trump

Donald Trump Mainstream Media reality S&P 500 Index Stock Market stocks Wall Street
This entry was posted on Saturday, May 20th, 2017 at 5:17 am and is filed under Politics. You can follow any responses to this entry through the RSS 2.0 feed. Both comments and pings are currently closed.
Many of the articles on Light from the Right first appeared on either The New American or the McAlvany Intelligence Advisor.