Are Concerns Over EMP Attack From North Korea Overblown?

This article appeared online at TheNewAmerican.com on Tuesday, May 16, 2017: 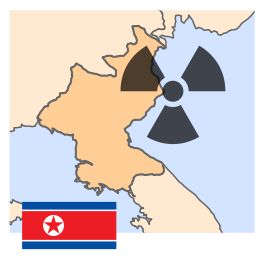 While the mainstream media is focusing most of its attention on North Korea’s missile tests, it is largely ignoring what some are calling the rogue nation’s real threat: using one or both of its two present satellites hovering over the United States to launch an EMP (electromagnetic pulse) attack instead.

One of those scoffing at the very idea of EMP attack from North Korea is Jeffrey Lewis, who blogs in favor of nonproliferation at his site “Arms Control Wonk.” On National Public Radio in April, Geoff Brumfiel asked him: “Could North Korea really do this?” Lewis laughed, responding, “This is the favorite nightmare scenario of a small group of very dedicated people.”

Dr. Peter Vincent Pry, chief of staff of the Congressional Commission to Assess the Threat to the United States from Electromagnetic Pulse (EMP) Attack, warned on Monday: “Although North Korea, Russia and China have all made nuclear threats against the United States recently, in the case of North Korea and Russia repeatedly, most analysts dismiss these as mere ‘bluster’ and ‘nuclear sabre rattling’, not to be taken seriously.” Pry disagrees.

Currently the executive director of the EMP Task Force on National and Homeland Security, Pry has served on numerous congressional commissions, and prior to that he was an intelligence officer with the (CIA), responsible for analyzing Soviet and Russian nuclear strategy.

In March, Pry and James Woolsey, former director of the CIA, penned an op-ed at TheHill.com. They noted, first of all, that North Korea has the present capability of launching an EMP attack over the North American continent: “The notion that North Korea is testing A-Bombs and H-Bomb components but does not yet have the sophistication to miniaturize warheads and make reentry vehicles for missile delivery is absurd…. North Korea should be regarded as capable of delivering by satellite a small nuclear warhead, specially designed to make a high-altitude electromagnetic pulse (EMP) attack against the United States. According to the Congressional EMP Commission, a single warhead delivered by North Korean satellite could black out the national electric grid and other life-sustaining critical infrastructures for over a year — killing 9 of 10 Americans by starvation and societal collapse.”

This brought an immediate response from Kyle Mizokami, a writer for Popular Mechanics. While admitting that North Korea does pose a nuclear threat to the United States, he said that an EMP attack killing 90 percent of the population “is not realistic.” Mizokami referred to one of many apocalyptic novels that have been spawned over such concerns, including one of the best known, William R. Forstchen’s 2011 science-fiction novel One Second After.

Fortschen’s novel, though fiction, was based squarely on (as noted in its endnotes) a 2004 report from the EMP Commission. From that report: “The high-altitude nuclear weapon-generated electromagnetic pulse (EMP) is one of a small number of threats that has the potential to hold our society seriously at risk and might result in defeat of our military forces…. The electromagnetic fields produced by weapons designed and deployed with the intent to produce EMP have a high likelihood of damaging electrical power systems, electronics, and information systems upon which American society depends. Their effects on dependent systems and infrastructures could be sufficient to qualify as catastrophic to the Nation.”

Presciently, the report added: “Terrorists or state actors may well calculate that, instead of destroying a city or military base, they may obtain the greatest political-military utility from one or more such weapons by using them — or threatening their use — in an EMP attack. The current vulnerability of US critical infrastructure can both invite and reward [such an] attack.”

Could North Korea be one of those “state actors”? James Oberg thinks so. Oberg, a former NASA and U.S. Space Command official and an expert on Russian and Chinese space programs, wrote in the Washington Examiner in February of a trip he made to North Korea back in 2012: “There have been fears expressed that North Korea might use a satellite to carry a small nuclear warhead into orbit and then detonate it over the United States for an EMP strike. These concerns seem extreme and require an astronomical scale of irrationality on the part of the regime. The most frightening aspect, I’ve come to realize, is that exactly such a scale of insanity is now evident in the rest of their ‘space program.’”

Like Pry, Oberg is no lightweight. His career spanned 22 years with NASA, where he specialized in orbital rendezvous. He has testified frequently before Congress, was a space correspondent for UPI, ABC, and MSNBC and is now a commentator for NBC News, the Discovery Channel, and the BBC.

Pry ended his article ominously: “Some analysts think the world is on the threshold of a “new nuclear age” where Cold War rules and assumptions about deterrence no longer apply and the likelihood of nuclear use is greatly increasing. The first nation to use nuclear weapons today — even a rogue state like North Korea or Iran — will immediately become the most feared and most credible nuclear power in the world, a formidable force to be reckoned with, and perhaps the dominant actor in a new world order.”

attack insanity Mainstream Media NASA New World Order power terrorist threat War weapons
This entry was posted on Wednesday, May 17th, 2017 at 5:05 am and is filed under Crime, Politics. You can follow any responses to this entry through the RSS 2.0 feed. Both comments and pings are currently closed.
Many of the articles on Light from the Right first appeared on either The New American or the McAlvany Intelligence Advisor.