Disgruntled Professor Quits, Using Concealed Carry in His Classroom as His Excuse

This article was published by The McAlvany Intelligence Advisor on Friday, May 12, 2017: 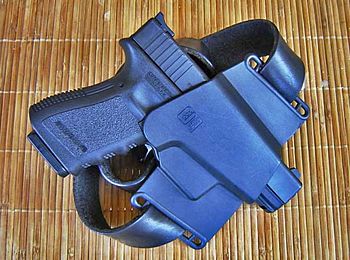 In a fit of pique, KU associate professor Jacob Dorman decided to burn his bridges behind him when he left the faculty last week. Instead of packing up in the middle of the night, he chose instead to have his resignation letter published in the Topeka Capital-Journal. It was an infantile move that he is likely to regret for years to come.

In light of the state of Kansas’ apparent determination to allow the concealed carry of firearms in the classrooms of the University of Kansas, I am writing to tender my resignation effective two weeks from today as an associate professor of history and American studies at the university. I have accepted a job in a state that bans concealed carry in classrooms.

There was nothing “apparent” about it. Legislators determined deliberately to expand the Second Amendment to include students at the state’s 37 universities. In a compromise to the left, students won’t be able to enjoy their freedom until July 1.

But, according to Dorman, this decision is bad for the students, bad for education and bad for Kansas:

Kansas will never secure the future that it deserves if it weakens its institutions of higher learning by driving off faculty members or applicants who feel as I do that there is no place for firearms in classrooms. Kansas can have great universities, or it can have concealed carry in classrooms, but it cannot have both.

At the moment, those 28,400 students are being served by 2,600 faculty with no evidence of a mass exodus by members of that faculty over the issue. Not a single one. At least none that performed the “scorched earth” action of Dorman.

Dorman laid out his reasoning for leaving:

In practical terms, concealed carry has proven to be a failure…. But beyond the fact that concealed carry does not deter gun violence, the citizens and elected representatives of Kansas must recognize that this is a small state, and in order to run a premier university, which is necessary for the health and wealth of the state, it must recruit professors from out of state.

This reflects a wondrous combination of ignorance and excessive hubris. John Lott has repeatedly shown that as gun ownership has increased, violent gun-related crime has dropped. But what must be galling to Kansans is Dorman’s implicit insinuation that there just aren’t enough bright people like him in the state to educate the kids! He never mentions that the Kansas Board of Regents runs thirty-seven universities, including Kansas State University (KSU), Washburn University, and Wichita State University. Somehow that board is able to muddle through, hiring thousands of qualified people to fill all those faculty positions.

And just where might those professors come from, if they can’t be found in Kansas or nearby environs? Dorman answered:

Recruiting the best trained professors necessarily means recruiting from coastal areas and progressive college towns where most people do not believe that randomly arming untrained students is a proper exercise of the Second Amendment’s protection of a well-regulated militia.

Ah, yes. Dorman must have in mind Berkeley, that bastion of freedom, educational excellence, the collected wisdom of the ages, and support of both the First and Second Amendments to the U.S. Constitution. Dorman’s elitist view must rankle those teaching at “inland” colleges like Hillsdale College, Liberty University, and other highly-regarded schools far away not only from the left coast but also from the likes of Yale, Harvard, Princeton, Columbia, and other “progressive” campuses.

It must also rankle those “random” students who have gone through various training classes on their own in order to learn how to carry responsibly.

But Dorman claims that those “random untrained” students are likely to start a gun battle in one of his classes when things get testy:

We discuss sensitive and highly charged topics in my classroom, concerning anti-religious bias, racism, sexism, classism, and many other indexes of oppression and discrimination. Students need to be able to express themselves respectfully and freely, and they cannot do so about heated topics if they know that fellow students are armed and that an argument could easily be lethal.

Guns in the classroom will have a chilling effect on free speech and hinder the university’s mission to facilitate dialogue across lines of division. That stifling of dialogue will hurt all students, including the ones with guns in their pockets.

Where is this world to which Dorman refers? Surely if a gunfight ever broke out in a classroom, there wouldn’t be an Australian aborigine who wouldn’t have heard about it from the anti-gun media.

Let us not let the NRA destroy the future of the state of Kansas with a specious argument about the Second Amendment. Guns do not belong in classrooms any more than they belong in courtrooms, but a university simply cannot afford metal detectors at every entrance.

Dorman just doesn’t trust the kids. After all, they’re young, which means they’re immature. Just because many of them come from nearby suburban, rural, and farm communities where firearms are ever present and familiar doesn’t mean that they won’t use them wisely while attending his class.

If they’re allowed to carry, wrote Dorman, it simply won’t be possible for KU to become a world-class educational institution:

Kansas faces a very clear choice: does it want excellent universities with world class faculty, or does it want to create an exodus of faculty like myself who have options to teach in states that ban weapons in classrooms? Does Kansas want to reinvent itself as a center of innovation and prosperity, and attract the minds that will create the jobs that the state needs to be prosperous for the 21st century, or does it want third-rate universities that will not find the cures, patent the drugs, train the engineers, start the companies, or innovate the laws and social programs that will bring the state lasting prosperity and health?

KU adds: “For promotion to the rank of professor, the record [of the applicant] must demonstrate continued effectiveness and growth as a teacher, as reflected in such factors as mastery of the subject matter, strong classroom teaching skills, an ongoing commitment to student learning, and active involvement in providing advice and support for students outside the classroom.”

On May 1, the faculty met to consider such promotions among its various associate professors. On May 5, Dorman’s letter of resignation appeared in the paper. Is that just a coincidence?

What surprises is that any school would pick up and hire a flame-thrower like Dorman. It’s likely UN-Reno didn’t know what they were getting.

One intimately familiar with the state’s culture, and especially the debate over the past several years of the issue of constitutional carry, is former Kansas Republican Senator Forrest Knox. After reading Dorman’s letter, Knox had some thoughts of his own:

Mr. Dorman’s ridiculous letter of resignation poses many false, unsubstantiated statements and proposed choices. For a professor, let alone of history and American studies, his reasoning skills and understanding of the Constitution are obviously lacking.

He states that, “concealed carry has proven to be a failure” and that “concealed carry does not deter gun violence,” yet gives no basis for this statement. On the contrary, concealed carry, which now exists in all 50 states, coincides with the rate of serious crime at an all-time low. A look at what happened in cities like Chicago when guns were banned (in the 1980s) shows tremendous increases of crime. Statistics prove that when citizens are allowed a means of defense, crime drops. When only criminals have the guns, crime rises.

Mr. Dorman calls the argument that the 2nd Amendment simply means what it says, “a specious argument” and claims it is only a protection of a well-regulated militia, completely ignoring the words “shall not be infringed”….

Presently, 24 states allow for campus carry, with nine states mandating universities to allow it, and with more states joining these ranks each year.

Does Mr. Dorman really think that all these states have “third-rate universities” and can’t recruit “world class faculty?” He is welcome to go back home to his “coastal areas and progressive college towns,” where, apparently, the professors bury their heads in the sand and believe that there are no guns on campus because of the signs prominently posted – Gun Free Zones – where, coincidentally, the mass shootings occur.

I’m sticking with the rational, fact-based, Constitutional view that, in the lack of real campus provided security, we can trust law-abiding citizens, even if they attend KU, to defend themselves and their peers in the event of life threatening criminal violence.

I offer Mr. Dorman a hearty Kansas “So long!”

It’s very likely that professor Dorman will rue the day that he let his immaturity, his passions, his frustrations and his excessive hubris exhibit themselves in a letter for all the world to see. Within hours of its publication, the Topeka Capital-Journal reported that it had more than 7,000 visitors to its site to read his letter.

KS: Gun-Phobic Professor Leaves a University Because of Campus Carry

Dorman’s letter of resignation published by the Topeka Capital-Journal

Consideration for promotion and tenure meeting held on May 1, 2017

Ranking of University of Nevada at Reno by US News

University of Kansas Ranking by US News

Colleges and universities in Kansas

classrooms Concealed Carry Constitution Crime Education firearms Free Speech Freedom guns hubris Kansas Liberty progressive Second Amendment
This entry was posted on Saturday, May 13th, 2017 at 5:15 am and is filed under Education, Second Amendment. You can follow any responses to this entry through the RSS 2.0 feed. Both comments and pings are currently closed.
Many of the articles on Light from the Right first appeared on either The New American or the McAlvany Intelligence Advisor.