Will Johnson Amendment Repeal Put Politics in the Pulpit?

This article appeared online at TheNewAmerican.com on Monday, May 8, 2017: 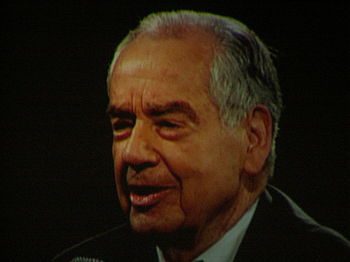 According to the Wall Street Journal, repeal of the Johnson Amendment isn’t likely to have much impact on preaching from the pulpit, and it could instead cause problems. Writer Ian Lovett wrote that lifting the ban “could cause problems for houses of worship … creating fault lines in their congregations and could drive people away.”

Practically speaking, churches with any diversity in the congregation need to stay away from this business — it’s just dangerous to church fellowship. Building a church is hard enough these days. This is adding a whole ‘nother can of worms.

So Pastor Glaze will stay away from anything controversial, adding: “Churches have fought over much, much lighter matters in the past, like the color of carpet in the sanctuary.”

A spokesman for the U.S. Conference of Catholic Bishops told Lovett that its “nonpartisan guidelines … will continue to be … adhered to by the bishops.”

Opposing repeal, 99 churches noted in a letter to members of Congress last month that “houses of worship are spaces for members of religious communities to come together [and] not be divided along political lines; faith ought to be a source of connection and community, not division and discord.”

Last October, during the final days of the presidential campaign, Republican candidate Donald Trump told his audience: “I think [the Johnson Amendment] is very unfair, and one of the things I will do very early in my administration is to get rid of [it] so that our great pastors and ministers, rabbis … and priests and everybody can go and tell and participate in the [political] process.”

Will they exercise their new-found freedom — free from the threat of losing their tax exemptions — by speaking truth to power and informing their flocks of the threats to their liberty by an over-weening government? Will they, as Pastor Chuck Baldwin hoped, challenge both the political and religious systems as “true men of God and Christians [did] throughout two thousand years of church history?”

Or will they behave like fleas? Zig Ziglar, a popular author, salesman, and motivational speaker, called himself a “flea trainer,” involved in helping people remove obstacles to success in life, especially the unseen ones. Fleas, Ziglar told his audiences, if placed in an open jar, would immediately jump out. But if a lid were placed on the jar, the fleas would soon learn that their attempts to escape were fruitless to the point where the lid could be removed and they would jump only to where the lid once was. Though the obstacle to their freedom had been removed, the fleas would behave as it if were still in place.

Or will they take the lead of Robert Jeffress, pastor of the 12,000-member First Baptist Church in Dallas? Jeffress celebrated Trump’s announcement of his executive order limiting enforcement of the Johnson Amendment last week, calling it “historic”:

I think today is historic. Today marks the beginning of the end of the government’s 60-year-old war against religious liberty. Something is wrong [with that and] the president recognized that.… We’re doing a giant U-turn. We’re going to start protecting religious liberty instead of assaulting it. That’s what is historic about today.

Jeffress, who broadcasts his message on more than 1,200 television stations in the United States and 28 other countries and whose radio program is heard on 764 stations, has never concerned himself with what the Internal Revenue Service (IRS) might do. One example out of many proves the point. On November 4, 2012, the Sunday before the 2012 presidential election, Jeffress told his flock:

President Obama is not the Antichrist. But what I am saying is this: the course he is choosing to lead our nation is paving the way for the future reign of the Antichrist.

Jeffress then added, “It is time for Christians to stand up and to push back against this evil that is overtaking our nation” and to do so via “the ballot box.”

Pastor Peter Muhlenberg headed up a Lutheran congregation in Woodstock, Virginia, at the beginning of America’s war for independence from Great Britain. He also led the Committee of Safety and Correspondence for Dunmore County, Virginia. Coming to the end of his sermon based on Ecclesiastes early in 1776, Muhlenberg said:

In the language of the Holy Writ, there was a time for all things, a time to preach and a time to pray, but those times have passed away.

There is a time to fight, and that time has now come!

Muhlenberg then removed his ecclesiastical robes, revealing underneath his military uniform. Moving to the back of the church, he shouted: “Who among you is with me?” History records that more than 160 men signed up to join him, with more than 300 eventually joining to become the 8th Virginia Brigade fighting for liberty.

Following the war’s successful end, Muhlenberg remained active in political and religious affairs until his death in 1807 at the age of 61. His tombstone reads:

He was Brave in the field, Faithful in the cabinet, Honorable in his transactions, a Sincere Friend and an Honest Man.

He was also not constrained by the Johnson Amendment.

Will America’s pastors, priests, rabbis, and ministers take advantage of their new-found freedom? Or will they remain like the fleas in Ziglar’s imaginary jar?

Christian Chuck Baldwin Donald Trump escape faith Freedom honor language Liberty Obama politics truth
This entry was posted on Tuesday, May 9th, 2017 at 5:47 am and is filed under Religion. You can follow any responses to this entry through the RSS 2.0 feed. Both comments and pings are currently closed.
Many of the articles on Light from the Right first appeared on either The New American or the McAlvany Intelligence Advisor.