This article appeared online at TheNewAmerican.com on Friday, May 5, 2017: 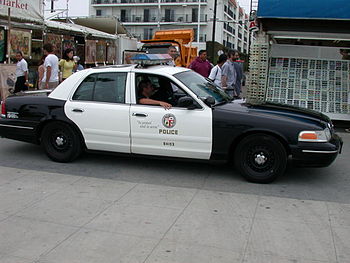 It’s called the Ferguson Effect, first expressed in an editorial in 2014 by Doyle Sam Dotson, the chief of police of the St. Louis Police Department. In that article Dotson said that following the shooting of Michael Brown in Ferguson, Missouri, in August 2014, his officers had become increasingly reluctant to enforce the law for fear of being charged themselves for criminal behavior. The criminal element, recognizing his officers’ increasing unwillingness to confront it, was, as a result, “feeling empowered” to commit more crime.

Another editorial, this one written by Heather Mac Donald and published by the Wall Street Journal in May 2015, cemented the phrase into the public consciousness, and especially into the minds of law-enforcement officers. She suggested at the time that unless something was done to reverse the tendency, crime would continue to escalate.

When FBI Director James Comey began to see the numbers, especially the escalation of crime in big cities such as Chicago and Baltimore, he told his audience at the University of Chicago Law School in October of that year:

Some part of the explanation [of the explosion in violent crime] is a chill wind blowing through American law enforcement over the last year. And that wind is surely changing [police] behavior.

This was immediately rebuffed by then-President Obama, looking to marginalize Comey and deflect the criticism elsewhere, who said: “We do have to stick with the facts. What we can’t do is cherry-pick data or use anecdotal evidence to drive policy or to feed political agendas.”

That data are now in. And Obama has been once again been proven wrong. A study released by Pew Research in January and one by the FBI (just released on Thursday) show is that the attack on local police is having an effect on officers’ daily actions and laying the groundwork for a federal/national police force.

Pew questioned more than 8,000 police officers from around the country between May and August last year, and found there “was a significant fear among police officers about their safety and [reluctance] about carrying out some of their everyday acts of policing.”

Specifically, according to Pew:

The Pew Research report was released on January 17, 2017, just three days before Obama left office, not allowing him time to respond to Pew’s analysis, though he would be likely to refute it.

Of course, Obama’s critics point to the many times he has intentionally inflamed racial tensions, instead of trying to reduce pressures, and they have rightly blamed him for helping instigate riots, police killings, and increased animosity between blacks and polce.

The report from the FBI, released on Friday, shows the results of the strife. There was a 50-percent increase in deadly attacks on local police, and 64 law-enforcement officers were murdered in the line of duty in 2016, a 56-percent increase from the year before. Twenty-one of them were killed in ambush-style attacks, “the highest total in more than two decades,” according to the National Law Enforcement Officers Memorial Fund.

The FBI examined closely the circumstances surrounding the murder of 50 of those officers and learned that more than one-quarter of them (28 percent) were motivated by hatred of police and a desire to “kill law enforcement.” Said the FBI:

The assailants inspired by social and/or political reasons believed that attacking policy officers was their way to “get justice” for those who had been, in their view [and fueled by the Obama administration and the mainstream media] unjustly killed by law enforcement.

The report noted that the “chill wind” referred to earlier has resulted in local support for local police melting away in favor of more assistance and direction from the federal government. A major contributing factor to that “chill wind” was “the singular narrative that portrays the office involved as guilty in traditional and social media, and the subject as the victim.” (Emphasis added.)

The John Birch Society’s Support Your Local Police program has long recognized not only the communist influence behind such groups as BlackLivesMatter (BLM) as being one of the prime enablers of police attacks, but also the potentially devastating impact that turning over the control of local police to federal authorities would have on the culture. The end of the present path, as even “traditional and social media” now admit, is federal police in charge of “keeping the peace.” Members of SYLP continue to labor to create the understanding necessary to reverse the momentum and restore confidence in local law enforcement.

In the meantime the culture is responding predictably. Background checks, performed so that Americans can purchase guns, continue at about two million every month, applications for concealed weapons permits continue to increase, and membership continues to increase in pro-Second Amendment groups such as the National Association for Gun Rights (NAGR) and Larry Pratt’s Gun Owners of America (GOA). Too, membership in the National Rifle Association (NRA) has grown despite that group’s unwillingness to acknowledge the communist purpose behind the push for a national police force — centralizing government power in this country —  as a result of the Ferguson Effect that is now emasculating local law enforcement.

attack communist Crime facts FBI Federal Government guns intent John Birch Society Mainstream Media National Rifle Association Obama purpose Second Amendment understanding
This entry was posted on Saturday, May 6th, 2017 at 5:51 am and is filed under Crime, Politics. You can follow any responses to this entry through the RSS 2.0 feed. Both comments and pings are currently closed.
Many of the articles on Light from the Right first appeared on either The New American or the McAlvany Intelligence Advisor.