This article appeared online at TheNewAmerican.com on Wednesday, May 3, 2017: 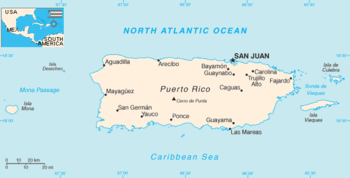 The federal fiscal oversight board created by Congress last June to fix Puerto Rico gave up on Monday, putting the island country into the hands of a federal bankruptcy judge.

The board, created last June, was designed to help newly elected Governor Ricardo Rossello come to terms with mutual funds and hedge fund owners that own the bulk of the island’s $73 billion debt. Rossello’s first effort, which would have applied a one-third financial “haircut” to them was turned down by the board, which called it too generous.

Rossello’s second effort would have applied a 50-percent haircut, but Franklin Advisers and Oppenheimer Fund, the two largest entities holding the island’s debt, pushed back. Time ran out on May 1, and the board placed the issue before a bankruptcy court to sort it all out. Almost predictably, where billions are involved, so is Rothschild and Company, serving as Puerto Rico’s “financial adviser.”

When The New American visited the issue almost exactly a year ago, government bureaucrats were earning $74,000 a year and were eligible to retire at age 47. Teachers, on the other hand (and to put that into perspective), earned just $24,000 a year, and their pension and welfare benefit plans were so underfunded that the chances of them being able to retire with anything worth mentioning were decreasing by the day.

The second plan that Governor Rossello offered that met resistance from its debtors included severe cuts in government payrolls, drastic cuts in government pension and healthcare plans, and the elimination of the regular and expected Christmas bonuses. Under that plan there would be $650 million in cuts to the public-sector healthcare plan and payrolls in 2018, another $1.2 billion cut in 2019, followed by still another $2 billion cut in 2020. Pretty soon there would be nothing left to cut, pushing more of the estimated 45 percent of the island’s population now living below the poverty level to a majority of the island’s residents.

That’s important to keep in mind as on June 11 the island’s residents will have another chance to vote on “Statehood” or “Independence/Free Association.” By then more than half will already be on the government teat, and so the case for statehood, and the billions in taxpayer monies that would then flow from Washington would be well-nigh irresistible.

Specifically, statehood would mean an additional $10 billion in federal funds annually, plus higher Social Security and Medicare funds (even beyond those just granted in the short-term funding bill crafted by Congress last week). And those citizens already beholden to the state’s government for whatever assistance it presently provides will be given the right to vote in national elections. Once again, the temptation to continue to enjoy the largesse provided by others is likely to make the case for statehood overwhelmingly attractive.

And once again, the American taxpayer will foot the bill.

Bankruptcy elections Healthcare Medicare Pension Social Security taxpayer teachers underfunded welfare
This entry was posted on Thursday, May 4th, 2017 at 5:55 am and is filed under Crime, Politics. You can follow any responses to this entry through the RSS 2.0 feed. Both comments and pings are currently closed.
Many of the articles on Light from the Right first appeared on either The New American or the McAlvany Intelligence Advisor.