This article was published by The McAlvany Intelligence Advisor on Friday, April 28, 2017: 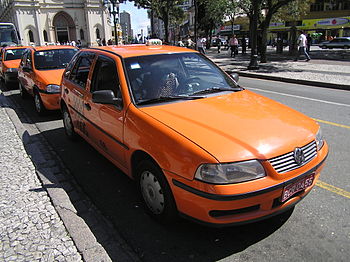 Big Taxi just had a Belshazzar moment. In Chapter 5 of Daniel, Belshazzar, the son of Nebuchadnezzar, was hosting a feast and drinking from holy vessels that had been looted from Israel’s first temple. The hand of God appeared, writing on the wall. Daniel is called and reads it: “God has numbered your days.”

When the Supreme Court declined on Monday to consider an appeal from Big Taxi in Chicago, the handwriting was on the wall: your days are numbered.

Its days were numbered when Uber, Lyft, and other ride-sharing services entered the Chicago market a few years ago. Offering safer, cheaper, faster, and friendlier trips than the Chicago tax cartel, the newcomers made enormous inroads. Tax medallions that were selling for $350,000 a piece in 2013 are currently going begging at $60,000. Gross revenues are down by half.

This galvanized the cartel to pressure the city council to force the newcomers to follow the same rules that had protected it since 1937: get fingerprinted, get a chauffeur’s license requiring a $300 fee and a day in class, charge the same as the cartel, have your vehicles inspected under the same rules, and so on.

When Uber and Lyft got wind of the move, they threatened to leave the city. But by then it was too late: some 90,000 Chicagoans had already signed up as drivers!

So the city council compromised: no fingerprinting for the newcomers, the license requirements could be done for free at home over the internet, they could charge what they wanted, they could skip the additional vehicle inspection requirements, etc.

But this hardly slowed down the new companies’ decimating Big Taxi, and so they sued the city, claiming that it couldn’t have two sets of rules for one industry.

When new technologies or new business methods appear, a common result is the decline or even the disappearance of the old.

Were the old deemed to have a constitutional right to preclude the entry of the new into the markets of the old, economic progress might grind to a halt. Instead of taxis, we might have horse and buggies; instead of the telephone, the telegraph; instead of computers, slide rules. Obsolescence would equal entitlement.

That’s how a judge explains what happened in Chicago and wherever else customers are seeking to get a lift from A to B: phone apps offer cheaper, faster, safer, and, some say, more enjoyable alternatives to Big Taxi. When cities or other governments try to get in the way, they’re out of line and protectionist rules they make cannot legally be sustained.

That opinion now is part of the national legal landscape. And those vested in the old way aren’t happy. That included Mara Georges, a Chicago attorney representing Big Taxi. Monday’s decision by the court not to take her appeal means, she said, “that fleets will disappear and you’ll have taxis owned by individual owners. The problem with that is that much of the control the city has exercised over taxicabs has come through the fleet.” She added:

It’s going to end up being more of a Wild West situation where you’ve got all kinds of independent drivers out there just looking to pick up fares and make as much money as they can.

As if this were some sort of crime! Drivers seeking customers? Tsk tsk. How medieval!

The Institute of Justice (IJ) helped an Uber driver, Dan Burgess, with his defense against the city. Said Burgess, “Chicago tax owners were taking consumers for a ride, but now I know that the courts will not stand for it.”

The ripple effect is likely to reach every other city where Big Taxi tries to maintain its monopolies. In New York, for example, medallions were selling for upwards of a million dollars just a few years ago, but now buyers are scarce and prices have fallen so far that banks are seeing their loans go into default. In January Bloomberg noted that more than 80 percent of Capital One’s $690 million in loans for taxi medallions were at risk of default. BankUnited told its investors last November that three out of every five loans it made to fleets buying medallions were under water.

Gary North, commenting on the victory for consumers, said:

This shows just how smart phone technologies are killing lumbering corporate dinosaurs that survive only because of government regulation – a protection scheme comparable to the Mafia’s version. The technologies are being implemented faster than the dinosaurs can react.

Unless Big Taxi can roll back the very regulations that once protected them from competition and now threaten to sink them into oblivion, it will continue to shrink in the face of that technological revolution.

The handwriting is on the wall.

Institute for Justice: Final Victory for Ridesharing Drivers in Chicago

Chicago Tribune: Appellate judge: Taxis and Ubers are dogs and cats when it comes to regulation

Cartel Constitution Internet justice politics Regulations ripple effect Supreme Court
This entry was posted on Saturday, April 29th, 2017 at 5:17 am and is filed under Free Market, History. You can follow any responses to this entry through the RSS 2.0 feed. Both comments and pings are currently closed.
Many of the articles on Light from the Right first appeared on either The New American or the McAlvany Intelligence Advisor.