This article was published by The McAlvany Intelligence Advisor on Wednesday, April 19, 2017: 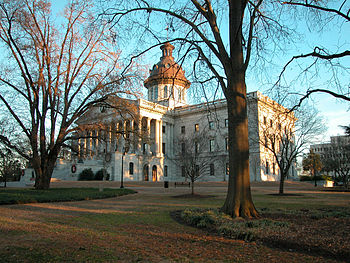 In its opinion offered by the paper’s editorial board, the New York Times’ insertion last week into the debate going on in South Carolina over constitutional carry just might backfire. Citizens there might not like the Times’ efforts to characterize them as hillbillies, rednecks, and in the pocket of the National Rifle Association. The Times chose to quote a state representative who opposes the bill: “All it does is it makes these good ol’ boys who like to have guns strapped to their hips not conceal them.”

It had harsh descriptors for those favoring the right of South Carolinians to carry a sidearm – openly or concealed – calling those legislators favoring it “tone-deaf” and the bill itself “dangerous” and “laissez-faire.”

The bill passed the state House a week earlier, 64-46, and is headed for the state Senate for its consideration. The governor, Henry McMaster, is ready to sign it into law if it reaches his desk.

It may be that the Times knows that it is fighting a losing battle as momentum to regain full and proper rights guaranteed by the Second Amendment continues across the land. At the moment, 14 states already recognize that their citizens may carry without having to get governmental permission to do so, along with another 20, including South Carolina, that are considering similar legislation.

What really sullied the already severely damaged reputation of the once great Gray Lady was its reach back to the ghastly attack on members of the AME Church in Charleston two years ago in an attempt to make its case for more gun laws, not fewer. That horrific incident, it will be remembered, left nine people dead and three severely wounded in an attack by an avowed white supremacist. Dylan Roof, the convicted shooter, was convicted and has been sentenced to death by a federal court.

The Times blamed the shooting on the “shoddy enforcement of gun control laws,” but then excoriated the state’s legislators for failing to focus on more gun control laws, with those legislators instead yielding “once more to the National Rifle’s Association’s agenda to freely arm the public and enrich the gun industry.”

When it was discovered, post-shooting, that Roof had in fact obtained his firearm legally when his purchase should have been denied thanks to a foul-up at the FBI, Director James Comey apologized: “This case rips all of our hearts out. But the thought that an error on our part is connected to this guy’s purchase of a gun that he used to slaughter these good people is very painful to us.”

The foul-up, if it proves anything, proves only that data can be corrupted and entries misread, especially when that data is maintained by the government. But it clearly shouldn’t be used as an excuse for more gun laws, as Senate Judiciary Committee Chairman Chuck Grassley (R-Iowa) noted:

It’s disastrous that this bureaucratic mistake prevented existing laws from working and blocking an illegal gun sale. The facts undercut attempts to use the tragedy to enact [more] unnecessary gun laws. The American people, and especially the victims’ families, deserve better.

But the Times didn’t get Grassley’s memo, or else they chose to ignore it, more intent on promoting its anti-Second Amendment agenda than getting the facts straight and treating the matter respectfully. The editorial board never mentioned the Second Amendment’s guarantees of the right to keep and bear arms, nor the Supreme Court’s decisions that uphold that right. It didn’t mention that as more and more citizens are allowed the opportunity to carry, violent crime continues to decline. Instead, the paper’s editorial board marginalized that right and the many citizens in South Carolina who would decide to carry for whatever reason seems sensible to them, without getting governmental permission first.

Intended as a force to persuade South Carolina’s state senators to let the bill languish and then disappear into history as the session is due to end in four weeks, the editorial’s sneering and supercilious elitism might just backfire. It could infuriate those South Carolinians who are tired of interference in state affairs by groups, organizations, and especially mainstream media like the Times. Wouldn’t it be ironic if, instead of building resistance against the bill, theTimes’ condescending attitude towards the state’s people and their elected representatives might just turn the tide in favor of it?

The New York Times: Standing Ground Against the N.R.A.

The Truth About Guns: The New York Times: Standing Ground Against the Truth

History of the AME Church shooting in Charleston, South Carolina

Constitution Crime firearms Gun Control Hate Mainstream Media National Rifle Association politics rights Second Amendment Supreme Court truth
This entry was posted on Friday, April 21st, 2017 at 5:31 am and is filed under Politics, Second Amendment. You can follow any responses to this entry through the RSS 2.0 feed. Both comments and pings are currently closed.
Many of the articles on Light from the Right first appeared on either The New American or the McAlvany Intelligence Advisor.