This article appeared online at TheNewAmerican.com on Thursday, April 20, 2017: 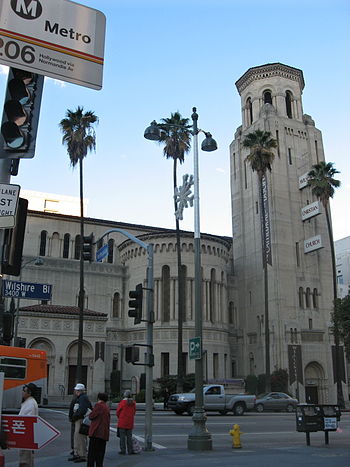 Part of a letter sent to top members of Congress earlier this month and signed onto by 99 churches says: “The charitable sector, particularly houses of worship, should not become another cog in a political machine or another loophole in campaign finance laws.”

Pushback to President Donald Trump’s promises to repeal the Johnson Amendment was expected from the American Humanist Association and American Atheists, and he got it. But from Baptists?

Trump said at a campaign event in Virginia in October, “I think [the Johnson Amendment is] very unfair, and one of the things I will do very early in my administration is to get rid of [it] so that our great pastors and ministers, rabbis … and priests and everybody can go and tell and participate in the [political] process.”

This became part of the Republican Party’s platform:

Republicans believe that the federal government, specifically the IRS, is constitutionally prohibited from policing or censoring speech based on religious convictions or beliefs, and therefore urge the repeal of the Johnson Amendment.

It was the great Thomas Jefferson who said, “The God Who gave us life gave us liberty.” Jefferson asked, “Can the liberties of a nation be secure when we have removed a conviction that these liberties are the gift of God?” Among those freedoms is the right to worship according to our own beliefs.

That is why I will get rid of and totally destroy the Johnson Amendment and allow our representatives of faith to speak freely and without fear of retribution.

The offending language appears on the website of the Internal Revenue Service:

All Section 501(c)(3) organizations are absolutely prohibited from directly or indirectly participating in, or intervening in, any political campaign on behalf of (or in opposition to) any candidate for elective office.

Violating this prohibition may result in denial or revocation of tax-exempt status and the imposition of certain excise taxes.

The signatories from the 99 churches who oppose Trump’s promise to repeal explained their reasoning:

Current law serves as a valuable safeguard for the integrity of our charitable sector and campaign finance system. People of faith do not want partisan political fights infiltrating their houses of worship. Current law simply limits groups from being [both] a tax-exempt ministry and a partisan political entity.

The letter went on to say that repeal would be “highly divisive” and have a “detrimental impact” on community life:

Houses of worship are spaces for members of religious communities to come together [and] not be divided along political lines; faith ought to be a source of connection and community, not division and discord.

If houses of worship endorse candidates, their prophetic voice, their ability to speak truth to power as political outsiders, is threatened.

The credibility and integrity of congregations would suffer with bad decisions of candidates they endorsed. Tying America’s houses of worship to partisan activity demeans the institutions from which so many believers expect unimpeachable decency.

All of which is complete and unadulterated applesauce, according to Pastor Chuck Baldwin, writing in his weekly newsletter:

Liberal pastors from a variety of Christian denominations promote their socialist agenda from the pulpits of their churches all of the time. Are we really expected to believe that Jewish synagogues, Muslim mosques, and Hindu temples do not promote their particular agendas contained in their sacred texts that affect their political, social and cultural lives?

[These groups] … are neck-deep in politics.

The Alliance Defending Freedom (ADF) has been salivating over the opportunity to take the IRS to court over the issue, certain that courts would rule the Johnson Amendment unconstitutional. The ADF holds that the Johnson Amendment 1) violates the “establishment clause” by requiring the IRS to monitor sermons to make sure that they are not transgressing its restrictions; 2) violates the “free speech clause” because it requires the IRS to discriminate against speech based solely on the content of the speech; 3) violates the “free speech clause” by “conditioning the receipt of a tax exemption on refraining from certain speech”; and 4) violates the “free exercise clause” because it burdens the free exercise of religion without a compelling reason.

That may explain why the IRS has been extremely reluctant to enforce its mandate. Instead, it has been happy just to let the threat do its work for itself, emasculating pastors and limiting political speech from the pulpit for more than 60 years.

Baldwin said that if pastors were really free to speak out on the political issues that are vital to maintaining and strengthening the Republic, it not only would inform the culture but would represent Christ:

Similarly, virtually everything the early church did was a direct challenge to those same systems. True men of God and Christians throughout two thousand years of church history constantly challenged both the political and religious systems of their day.

Simply put, the Johnson Amendment has successfully kept the church from performing one of its primary duties and responsibilities: informing believers about how the Good News should impact the culture in which they live.

That may also explain why the National Council of Churches and the Islamic Society of North America also signed the letter.

Christian Chuck Baldwin Constitution credibility Donald Trump Establishment Free Speech Freedom Islam Liberal Liberty politics Religion truth
This entry was posted on Friday, April 21st, 2017 at 5:44 am and is filed under Constitution, Politics. You can follow any responses to this entry through the RSS 2.0 feed. Both comments and pings are currently closed.
Many of the articles on Light from the Right first appeared on either The New American or the McAlvany Intelligence Advisor.